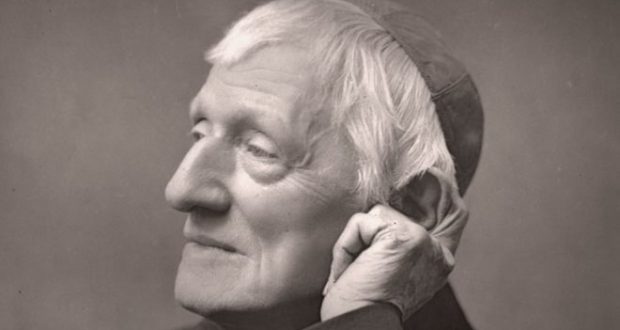 Why Newman Matters to Religious Jews

Posted by: Shalom Carmy in From The Hashkafah Files, Journal, Posts Nov 22, 19 0

Being an Anglican clergyman, in the late 18th and early 19th centuries, was a respectable position, sometimes a highly prominent one, but the Anglican Church was not known for its great piety or moral fervor.  We still find amusement in the way Fielding in Tom Jones (1749) and Trollope, in his Barsetshire series a hundred years later depict their scramble for money and status; the later chapters of Rav Aharon Lichtenstein’s PhD pillory the 17th and 18th century liberal theology and practice that brought about this pareve state of affairs. In the early 19th century the Oxford movement struggled to reverse the situation through strenuous attention to dogma and ritual and passionate devotion to the ideals of the religious life. During the 1830’s John Henry Newman was its leading intellectual and spiritual light, an influential preacher and teacher at Oxford, the university he loved, and where he expected to live out his days.

In theory Anglicanism was neither Protestant nor Roman Catholic; though it rejected the authority of Rome, it was not identified with standard Protestant doctrine. In practice the Anglican Church was Protestant. The Oxford movement’s quest for Christian authenticity led to a greater emphasis on church ritual and personal devotion and to a renewed study of early Christian theology, that is to say the period before Protestantism broke away from the Church of Rome.  This “high church” orientation brought its adherents closer to Roman Catholicism. As the decade wore on Newman became increasingly troubled by the lack of continuity (“apostolic succession”) between early Christianity and Anglicanism. For years he strove to formulate a “middle way” between Catholicism and classical Protestantism that would allow him to remain an Anglican. When he despaired of the attempt he withdrew from public life and eventually reemerged as a Catholic convert.

Becoming a Catholic in 1840’s England meant abjuring a high status position to join a despised minority. It meant parting from Oxford and separating from the friends and colleagues he cherished. Until recently Roman Catholics had been ineligible to serve in Parliament; in Britain Catholics were disproportionately Irish and uneducated. To be ordained a Catholic priest Newman, at an advanced age, was forced to study in Rome, where he was taught by men whose theological sophistication, sensitivity to ideas and general education, were vastly inferior to his. Once having ordained him, the Church didn’t know quite what to do with this dominant Victorian intellectual, writer and religious spirit.

Hence for most of his life as a Catholic Newman served in a variety of educational and priestly positions, mostly in obscurity. In the 1850’s he was sent to Dublin to head a Catholic university in Ireland—until then Catholics could only attend university under Protestant auspices. The only profit on this unsuccessful experiment was Newman’s Idea of a University—which remains a classical formulation of liberal arts education, even for secularists who marginalize its religious core.

In January 1864 Charles Kingsley insinuated that Newman had dissembled in the years before his conversion in order to maximize the impact of his eventual conversion on his acolytes. Newman’s response was Apologia Pro Vita Sua, an autobiography tracing the development of his opinions up to his conversion. While originally composed to defend against calumny, this book is today read as a testament to intellectual integrity and a relentless search for truth.

At the age of eighty Newman was elevated by Pope Leo XIII to the College of Cardinals, despite the fact that he had never been a member of the hierarchy and was a thinker and writer rather than an administrator. As Cardinal Newman he sounds like a figure of august institutional authority unlike his image for almost his whole career.

Newman’s thought is important for Orthodox Jews for at least three reasons. One is his advocacy of university education within a religious framework. Newman argued that knowing what to think and how to think contributed to being a better person in the same way that being physically healthy is better than not being healthy. He understood that a university education that excluded the most important truth—that about God—was not a satisfactory education. Therefore to compromise by compartmentalizing religious doctrine from the rest of our education is a dangerous falsification.

Some aspects of Newman’s university are unpopular today. For example, he separated the university as a place for teaching truth in a community from the research institute at which new truth is to be discovered. It is a matter of debate whether the current idea of combining university education with the production of knowledge is good for education, because such research enhances the educational endeavor, or detracts from education by distracting faculty and students from acquiring the essential truths already available.

More importantly, Newman regarded the university as a place of education, independent of its practical technical utility. In our culture, education usually means training that will enable one to get a job doing something that benefits society or at least earns a salary. In Newman’s day as in our own, secular pundits and political spokesmen held that exposure to popular science and literature could supply modern people, especially the lower orders who did not get a liberal arts curriculum, with the sense of meaning that had previously been fostered by religious education and, in a different way, by humanistic study. Newman saw clearly that such “neutral” information could not take the place of wisdom, let alone revelation (see for example his satirical “Tamworth Reading room”). An unwillingness to take these matters seriously is responsible, to some degree,  for the indifferent state of Orthodox intellectual life.

Another area where Newman’s preoccupations overlap with Jewish concerns is the question of development and tradition in religious doctrine. Newman turned to Catholicism because it promised continuity with Christian tradition. Protestants, for their part, claimed that much Catholic teaching was invented by the church and did not derive directly from Scripture. The conventional response was to insist that the doctrines under attack were really stated in Holy Writ if interpreted properly. Newman held that true doctrine indeed was cumulative, as the teaching authority of the church continually refined the Christian “deposit of faith.” Thus doctrine develops, even as it does not alter. Since the 1840’s Catholic ideas about development of doctrine have themselves developed and become more sophisticated.  It was Newman who first showed the way.

A parallel exists in Jewish thought regarding the relationship of peshuto shel mikra and normative tradition or the movement from early statements of halakhot and doctrines to the formulations of later generations. Here too one Orthodox approach has been to deny any development and to argue, sometimes against the grain of the text, that what we say today repeats precisely, the original text. The alternative is to recognize the element of novelty in later articulations while viewing these as organic outgrowths of divine revelation.

Newman’s stress on the propagation of doctrine through the church runs counter to a prevalent modern tendency to treat belief as the product of individual reflection, what Newman calls “private judgment.” In the long syllabus of liberal error found at the end of the Apologia reliance on private judgment is prominent. Unlike the Roman Catholic Church, Judaism does not have a centralized teaching authority like the papacy and Newman, for one, was not enthusiastic about the late 19th century movement to magnify the teaching dominance of the Pope. Nonetheless, one cannot adhere to Judaism either in action or in thought, without some robust sense that our connection to God is formed by the collective experience of the Jewish people mediated through cumulative rabbinic interpretation.

On the one hand, Newman offers a valuable critique of “Protestant” theological individualism. On the other hand, it is possible that his greatest contribution to religious thought is his ongoing attention to the nature of belief and what goes into the formation and revision of individual belief. This is less paradoxical than it seems. It is precisely because Newman understood that reasoned belief is not produced in a social and intellectual vacuum that he recognized the variety of factors that combine to shape our convictions. And it is precisely because Newman’s religious life was so intense and so wrapped up in his intellectual apprehension that he was so attentive to the complexity of intellectual life, especially as it bore upon religion.

This insight remains important to this very day, precisely because many people, and many would be intellectuals, act as if truth about religious matters can be established through one compelling line of argument. This makes convincing people of religious truth much easier; it makes dissuading them of religious truth even easier. All the potential missionary or skeptic requires is one strand of reasoning: it is not necessary to be familiar with the world, or with religious experience and literature in its full complexity. Moreover, such arguments can be mounted apart from the thorough knowledge of what leading a religious life is about. Such arguments suit well people who have limited time and interest in religion and want to get on to more important things; it suits those who want to pursue their intellectual and spiritual life in the small drabs allocated by the internet or the late night schmoozing session.

The following excerpt from one of Newman’s Anglican sermons asserts the alternative:

Truth is vast and far-stretching, viewed as a system; and, viewed in its separate doctrines, it depends on the combination of a number of various, delicate, and scattered evidences; hence it can scarcely be exhibited in a given number of sentences.

Here Newman indicates the complexity of religious teaching and the corresponding complexity of assessing it and assenting to it. Here again we encounter the integration of the experiential with the purely intellectual moments in religious life and the fruitful confluence of individual life with the teachings of revelation and the tradition that transmits it.

For the Roman Catholic Church, Newman is now a saint. For us he is an important and eloquent intellectual resource.

Rabbi Shalom Carmy teaches Jewish Studies and Philosophy at Yeshiva University. He writes the "Litvak at Large" feature for First Things. For many years, he was Editor of Tradition.