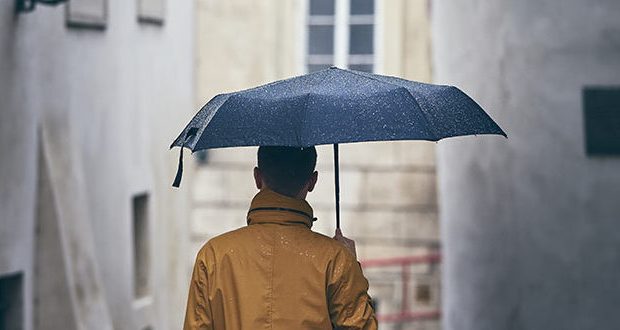 I. Umbrellas and Precedents

The status of new technologies are often determined by the first major authorities to rule. Practices harden quickly and institutional positions, once set, change only with difficulty. This conservative tendency preserves socio-religious boundaries but also favors early movers. The use of umbrellas on Shabbos, universally forbidden in the Orthodox Jewish community, is an excellent example of an early authority dominating the discussion and setting communal standards.

Umbrellas and parasols only became widely popular in Europe during the second half of the eighteenth century. Apparently, Jews in large cities eventually adopted the portable protection, some even on Shabbos. In 1783, Rav Yechezkel Landau sent a powerful responsum on the subject that set the standard for years to come (Noda Bi-Yehudah, vol. 2 Orach Chaim no. 30). In prior years he had seen people in Prague, where he was the city rabbi, carrying umbrellas on Shabbos and he had expressly forbidden the practice. In his analysis, opening an umbrella on Shabbos is rabbinically prohibited, according to one opinion biblically. Therefore, you may not open or close an umbrella on Shabbos or carry one opened before Shabbos.

Rav Landau was not alone in his conclusion. Birkei Yosef (Orach Chaim 315:2; Shiyurei Berakhah ad loc. [1776]) quotes Rav David Pardo as completely forbidding use of umbrellas. However, he also cites Rav Pinchas Anav as permitting the opening of umbrellas after already used once, since after the first use it remains somewhat open compared to its tight binding on purchase. Rav Avraham Danzig (Chayei Adam, Hilkhos Shabbos 42:6 [first published in 1809]), also forbids use of umbrellas.

Rav Landau’s decision caused two leading nineteenth century authorities to forbid opening umbrellas even though they believed it was permissible. Rav Yisrael Lipschitz (Tiferes Yisrael, Kalkeles Shabbos, Ohel [first published in 1830]) initially argues that umbrellas should be forbidden but then suggests the item is comparable to a permissible exception. However, because Rav Landau forbade umbrellas, Rav Lipschitz would only permit asking a gentile to open an umbrella.

Even carrying a pre-opened umbrella should be forbidden due to maris ayin concerns–it looks as though you opened it on Shabbos. And asking a gentile to open an umbrella is as forbidden as asking him to perform any forbidden labor for you.

However, a central argument revolves around the “folded tallis,” a rolled-up tallis connected to one end of a frame which, when unrolled, covers the entire frame as a roof. The Gemara (Shabbos 138a) forbids unrolling the tallis unless it is connected to a string before Shabbos. Tosafos (ad loc., sv. karakh) offer two reasons why you may unroll a folded tallis that has a string: 1) the tallis is already covering at least a tefach and you are merely extending the pre-existing roof, 2) even without already covering a tefach, the tallis is permitted, presumably because the string makes the tallis into a convertible roof with moving pieces.

An umbrella is comparable to the folded tallis with a string. Therefore, according to this second view in Tosafos, you may open an umbrella on Shabbos. This is Rav Lipschitz’s main lenient argument, and that of many others. However, Rav Landau points out that others, particularly the Rif and possibly the Rambam, disagree with this second view of Tosafos.

This is, of course, a simplification. There are many other related issues and the views of the Rambam and Rif are hotly debated. Rav Sofer offers three other arguments for leniency.

Subsequent authorities continued to debate this, taking both sides very seriously. Interestingly, Rav Chaim Sofer (Machaneh Chaim 3:23), an unrelated student of Rav Moshe Sofer, was faced with the following question: should a doctor called to a patient on Shabbos drive a horse-drawn wagon in the rain (rabbinically prohibited) or open an umbrella and walk? This required deciding between his mentor, Rav M. Sofer and the great Rav Landau. If opening an umbrella is potentially biblically forbidden, then the doctor should drive a wagon. If it is all but permitted, he should walk with an umbrella. Rav C. Sofer responds to each of Rav M. Sofer’s three arguments, clearly siding with Rav Landau, but refuses to rule against his mentor and instead advises the doctor to have a gentile drive him. (Presumably, during a downpour even a raincoat and hat would be insufficient protection for the long walk. Otherwise there would be nothing to discuss.)

Significantly, Rav Avraham Yeshayahu Karelitz (Chazon Ish, Mo’ed 52:6) explicitly dismisses Rav Landau’s position that opening an umbrella constitutes building a temporary tent. He believes that since an umbrella normally functions in this way, like a collapsible chair, opening and closing it does not constitute building a tent. On the other hand, Rav Avraham Chaim Na’eh (Ketzos HaShulchan 120:13) accepts that opening an umbrella constitutes building a temporary tent. Rav Yisrael Meir Kagan (Mishnah Berurah, Bi’ur Halakhah 315 sv. tefach) also differentiates between a collapsible chair and an umbrella, prohibiting the latter because you must tie an umbrella’s strings after opening it (the Peri Megadim, Eshel Avraham 315:8 [1786] expresses the same concern).

However, even those who entirely reject Rav Landau’s view, such as Rav Karelitz, do not permit opening an umbrella on Shabbos. Rav Karelitz invokes technical and general, perhaps public policy, concerns. He states that opening an umbrella constitutes fixing the item (tikun mana), a prohibited even if often hard-to-define action. Additionally, he points out that since opening an umbrella is universally viewed as forbidden, doing so violates a socio-religious boundary in a very public way.

Similarly, Rav Yehoshua Neuwirth (Shemiras Shabbos Ke-Hilkhasah 24:15) writes that the great authorities of the generations set this as a boundary (geder gaderu gedolei ha-doros) — they said not to open or use a pre-opened umbrella. In footnote 53, among the other sources he quotes, Rav Neuwirth cites the Tehillah Le-David as saying that the prohibition on umbrellas has spread widely and anyone who opens an umbrella is breeching a boundary (poretz geder).

I noted above the dates of rulings issued in the same time period as Rav Landau’s. He was not the first to rule on the subject nor the only strict voice. However, his ruling permanently impacted the halakhic literature on the subject and led to a universal prohibition on the use of umbrellas on Shabbos. His view is debatable but defensible, as Rav Chaim Sofer showed.

However, the unanimous refraining from umbrella use leads to an important but curious socio-religious phenomenon. Permitting use of an umbrella, by those who take the lenient view, would inevitably confuse a large segment of the observant public and probably lead to additional lenient behavior in areas unquestionably forbidden.

On the one hand, a frustrating element of arbitrariness surrounds umbrella use on Shabbos. Why do we act strictly on this issue, which is hotly debated among authorities, while acting leniently on other disputed issues? God’s will, as defined by halakhah, should not be subject to historical accident. On the other hand, like an individual, a community is defined in part by its past. We cannot change how we got to where we are, our communal evolution through history. As halakhah evolves–within boundaries, of course–we cannot turn back the clock without destabilizing the system.

In this particular issue, the reluctance of even lenient authorities to actually permit umbrella use on Shabbos turns the subject into less a matter of debate than many other halakhic issues. We’ll just have to make do with raincoats and the occasional wetness during a downpour.