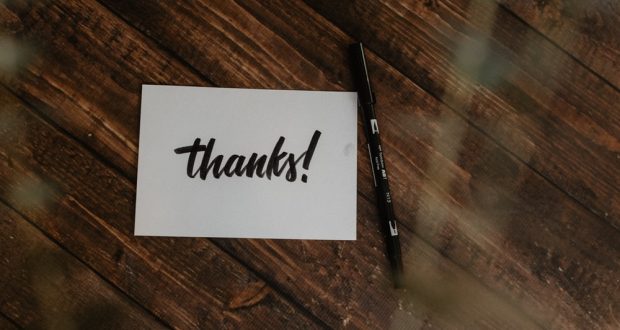 Personal Thanks in Shemoneh Esrei

Question: Following our grandchild’s birth, I have been adding personal thanks to HaShem in “Modim.” Is it appropriate to do so on Shabbat?

Answer: We will focus mainly on your assumption – that one may add personal thanks in Modim. There is little in the poskim on this specific question, but we can learn from many general relevant sources.

Gemarot say that one may add personal requests in Shemoneh Esrei’s middle berachot, especially Shema Koleinu (Avoda Zara 8a; see Shulchan Aruch, Orach Chayim 119:1) but not during the first three and last three berachot (Berachot 34a; see Shulchan Aruch, OC 112:1). The latter are reserved for praise and thanks, respectively. This implies that it is fine to add praises and thanks in those places. In fact, in allowing making communal requests during the berachot, Rabbeinu Tam (cited by Tur, OC 112) says that asking for the needs of the masses is a praise to Hashem, which implies that actual praise is certainly fine.

However, praises also require caution. The gemara (Berachot 34b; see Shulchan Aruch, OC 113:9) criticizes those who go beyond the set praises of Hashem because they imply that they have mentioned all of Hashem’s greatness. It seems implausible that it could always be forbidden to praise and/or thank Hashem, so when is it? The Beit Yosef (OC 113) cites the Ra’ah and Rabbeinu Yona as saying that one may not add adjectives describing Hashem but may add mention of good things He did. Rabbeinu Yona also distinguishes between things said at the end of berachot and those in the middle of berachot. The latter stand alone and are permitted. It is unclear from the corresponding Shulchan Aruch if he accepts these distinctions.

There is a machloket in the sources and minhagim about adding piyutim to tefilla at certain times. The Shulchan Aruch (OC 68:1) opposes it, apparently because it is an interruption, changes the berachot’s length, and encourages talking (see Tur ad loc.). The Rama supports it, but the minhag nowadays is to do so only on Yamim Noraim. There was also controversy about Aseret Y’mei Teshuva additions (Zochreinu, etc.) to tefilla (see Beit Yosef, OC 112), and there the minhag is to say them. One might distinguish, though, between set sayings that are accepted by Klal Yisrael and personal ones.

We have written (Living the Halachic Process, vol. II, A-1) that it is permitted and positive to thank Hashem but that it can be problematic to do so in a manner that makes it appear like a set beracha. Attaching appropriate statements to an existing beracha, on the one hand, makes it unlikely for there to be an issue of beracha l’vatatala (see Mishna Berura 108:38). On the other hand, changes in the content can be more problematic (See Berachot 40b; Shut HaRambam 254).

We summarize and suggest as follows. Since the lack of sources and apparent minhag is to not add personal thanks during Modim, then even though it is probably halachically permitted, we do not suggest it when other options exist. Before Elokai Netzor and during Shema Koleinu, one can say anything appropriate, and while that is classically for requests, it should be fine to thank Hashem as well. Realize that even the middle, “request” berachot include praise. Therefore, the following example of an addition would seem ideal: “Bless my grandchild, for whose birth I am so grateful to You, with a wonderful life.” (See a similar idea in Yaskil Avdi, vol. VIII, p. 169.)

Regarding Shabbat, there are two reasons for requests, such as the middle berachot of Shemoneh Esrei. The Yerushalmi (Shabbat 15:3) says that one should not make personal requests on a day that one must not be focused on his needs. The gemara (Berachot 21b) says that we do not want the toil of a long tefilla. Apparently, some combination of the two ideas is true. [We will discuss the issue next week.] If you want to give only thanks in Modim or before Elokai Netzor, this is not a problem on Shabbat. Incorporating a request (see above) is likely inappropriate on Shabbat.