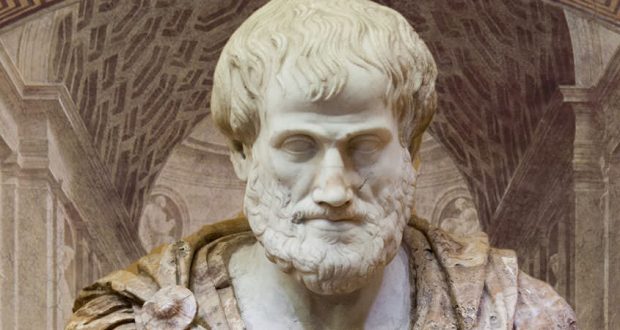 Posted by: Gil Student in From The Hashkafah Files, Magazine, Musings, Posts Oct 7, 19 0

Many people are familiar with the long-standing debate about the propriety of a Torah Jew studying philosophy. Multiple times in the Middle Ages, rabbis debated the permissibility of studying philosophy including Rambam’s classic Moreh Nevukhim. As a compromise, in 1305 Rashba issued a ban on studying philosophy before the age of 25, implying at least some permission after that age. To this day, some schools encourage the study of Moreh Nevukhim and related works while others do not (see the introduction to Sha’ar Ha-Yichud in the Lev Tov edition of Chovos Ha-Levavos). Setting all that aside, I would like to discuss a more recent debate about philosophy in general that took place within Yeshiva University’s Torah U-Madda Journal based on Rambam’s own words, and note a solution offered approximately 150 years earlier.

I. Is Torah U-Madda Kosher?

In the first issue of the journal (vol. 1, 1989, pp. 68-71), Rav Yehuda Parnes, who at the time was one of YU’s roshei yeshiva, argues that it is forbidden to study and consider heretical ideas. He invokes Mishneh Torah (Hilkhos Avodah Zarah 2:2-3):

“The worshipers of false gods have composed many texts concerning their service, [describing] what is the essence of their service, what practices are involved, and what are its statutes. The Holy One, blessed be He, has commanded us not to read those books at all, nor to think about them or any matters involved with them… The worship of false gods is not the only subject to which we are forbidden to pay attention; rather, we are warned not to consider any thought which will cause us to uproot one of the fundamentals of the Torah. We should not turn our minds to these matters, think about them, or be drawn after the thoughts of our hearts. In general, people have limited powers of understanding, and not all minds are capable of appreciating the truth in its fullness. [Accordingly,] were a person to follow the thoughts of his heart, it is possible that he would destroy the world because of his limited understanding.” (Touger translation)

Rav Parnes reasonably concludes that this forbids inquiry into issues of fundamental beliefs. If we consider alternatives, we are turning our minds to these matters and thinking about them, which Rambam says is forbidden. But didn’t Rambam himself study philosophy in great depth? Rav Parnes explains that Rambam did this in order to be able to understand and rule on what is and isn’t heresy (le-havin u-le-horos).

In response to Rav Parnes’ article, Professors David Berger and Lawrence Kaplan point to Rambam’s mention of people with limited powers of understanding (vol. 2, 1990, pp. 37-50). They argue that Rambam prohibits philosophy to people who lack the intellectual background and capability to withstand attacks on the Torah path. However, he says nothing to stop qualified people from studying philosophy. Quite the opposite, he considers study of philosophy to be “essential, obligatory, and standing at the very apex of the Torah itself” (p. 39).

In a later issue (vol. 3, 1992, pp. 37-51), Rav Shalom Carmy suggest that Rambam prohibits “aimless free-floating speculation about religious matters.” However, Rambam allows the study of philosophy to someone with “faith striving for a greater understanding.” (p. 42)

While not part of this journal, Rav Nachum Rabinovich published his Yad Peshutah on this part of Mishneh Torah in 1998. In his commentary to Hilkhos Avodah Zarah 2:3, Rav Rabinovich explains that Rambam prohibits the study of philosophy to someone unqualified. Rambam says that “not all minds are capable of appreciating the truth in its fullness” but those who can, should study philosophy.

In 1843, Rav Tzvi Hirsch Kalischer published the first of his three volumes of Emunah Yesharah. At the time the rav of Torun in Poland, he had been a student of Rav Ya’akov Lorberbaum of Lissa (author of Nesivos Ha-Mishpat and more) and Rav Akiva Eiger of Posen. The Emunah Yesharah series addresses the faith challenges of his time, particularly as the Haskalah movement was chipping away at traditional Jewish belief and practice. The last volume, also titled Derishas Tziyon, made the most waves as what would later be considered the first Religious Zionist call to action in his argument that sacrifices should be reinstated immediately.

The first volume of Emunah Yesharah includes a preface titled Pesach Ha-Da’as, in the third chapter of which Rav Kalischer discusses the propriety of intellectual inquiry into fundamental religious beliefs. While many Medieval giants defend this practice, Rav Kalischer felt his readers required more modern authority whom even those influenced by Haskalah would respect. He quotes two (at the time) recent Jewish philosophers both of whom argue that Jews must firmly accept traditional Jewish beliefs. Only after doing that, they may freely discuss the arguments back and forth.

In other words, once we are strong in our beliefs, the philosophical inquiry becomes a theoretical exercise. If we maintain proper humility, we realize that our intellects may not reach a final conclusion. Our arguments may even point in the wrong direction. And that’s fine, because we know from history that philosophical arguments generally are eventually overturned. Often, we even change our own minds, rejecting what we had previously thought was a sound conclusion. That is why faith is so crucial. Philosophy is tentative, subject to endless debate; faith is definitive.

Rav Kalischer quotes Yitzchak Shmuel Reggio (Torah Ve-Ha-Philosophia 3:1) at length to this effect and then quotes Moses Mendelssohn’s last letter to Jacobi and his Morning Thoughts. While not the same quotes, Michah Gottlieb recently quoted Mendelssohn as saying, “If a person relies on the spirit of his own wisdom alone without the help and protection of the Torah and tradition, he will grope like a blind man in the darkness and the paths of logic will not be sufficient to protect him from confusion and ensnarement…” (Faith and Freedom: Moses Mendelssohn’s Theological-Political Thought, p. 109).

After quoting these modern philosophers, Rav Kalischer quotes the passage from Rambam discussed above. He implies that Rambam forbids philosophical speculation that amounts to questioning what is true. Rather, Rambam permits someone firm in his faith to speculate about where the arguments point. If so, of what use is philosophical examination of a belief we accept even if it seems to be disproven (temporarily)? Someone in a lighted room may not be able to see into every corner but he can greater appreciate the room’s contents than someone in a dark room who is told what is in the room. The more we understand, through philosophical probing and arguing, the stronger we believe.