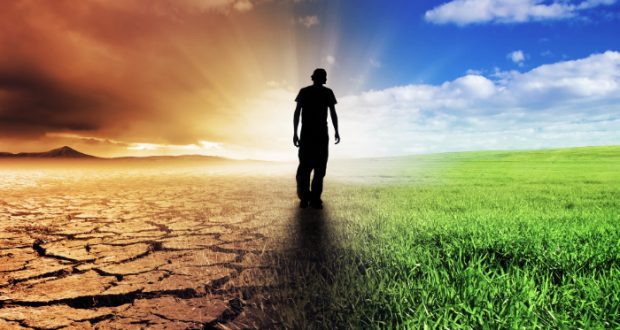 Posted by: Gil Student in From The Hashkafah Files, Magazine, Musings, Posts Oct 17, 19 0

Earlier, we discussed the need for suffering in order to complete the atonement for several sins (link). However, commentators suggest an alternative that bypasses the suffering. I would like to explore the mechanism for such a path of repentance.

I. Torah Study and Atonement

Rabbeinu Yonah Gerondi (13th cen., Spain; Sha’arei Teshuvah 4:11) advises readers how to avoid the suffering prescribed for someone in category 3 above. Such a penitent must give charity, do kindnesses such as visiting the sick, and above all study Torah. Torah protects from suffering in two ways: 1) it is considered equal to all other commandments, 2) immersion in Torah study involves physical exhaustion that substitutes for suffering. Additionally, Rabbeinu Yonah (ibid., 4:12) recommends fasting, crying and abstention from pleasures — effectively, self-inflicted suffering to preempt divinely imposed suffering.

Later (ibid., 4:16), Rabbeinu Yonah returns to a key point while prescribing an alternate path for someone who committed a Chillul Hashem (category 4). First, he suggests constantly creating a Kiddush Hashem, sanctifying God’s name. Alternately, he invokes a Talmudic passage that he believes obviates the need for suffering. The Gemara (Rosh Hashanah 18a) says in the name of Rava that while the curse of early death set on Eli’s house cannot be set aside by sacrifices (1 Sam. 3:14), it can be overcome through Torah study. Torah study overrides any punishment, including suffering and death; it is a universal cure. (Rav Yosef David (18th cen., Greece; Yekara De-Shachbi, no. 63) connects this Rabbeinu Yonah with Tosafos (Kesubos 30b s.v. din) discussed in an earlier essay.)

Rav Ovadiah Yosef (Me’or Yisrael, Yoma 86a s.v. dalet) quotes a different text to support the argument that Torah study achieves atonement without the need for suffering. The Gemara (Berakhos 5a) says: “Anyone who engages in Torah, suffering stays away from him, as it says, ‘And the sparks fly upward’ (Job 5:7).” Someone who studies Torah in depth, engaging in it actively, avoids divine punishment. While some sins require suffering, Torah study serves as an alternative.

This alternative path does not invoke a magical, segulah-like quality to Torah study. It can be explained like Rabbeinu Yonah does, as self-imposed suffering. Or it can be seen as meeting suffering at its goal. The impact of engagement in Torah study can produce a similar result to the changes caused by personal suffering. In a different context, Rav Avraham Grodzinski (20th cen., Lithuania) explains the spiritual, character-building mechanisms at work here (Toras Avraham, Sheleimus Ve-Yissurim no. 4, pp. 47-51).

Commentators explain the need for suffering to atone for severe sins as emerging from the impact on our inner selves caused by misdeeds (e.g. Chazon Yechezkel, Ex. 22:19). Improper acts create a shadow on our souls, a growth that needs cleansing. Repentance involves change but the soul still needs repair. How does suffering accomplish this?

Rav Grodzinski describes two possible positive responses to suffering. On the one hand, someone who experiences pain can look to his own actions for problems that need fixing. The proper religious response to suffering involves deep introspection and self-judgment, finding the underlying cause and mending it. If handled in this manner, suffering moves beyond repentance for specific deeds to healing a soul of its bad traits.

More than this, suffering forces a person to remove focus from the pleasures of this world. Preoccupation with pain, whether physical or emotional, demonstrates how to live a life that does not revolve around feeding your desires, pursuing honor, satisfying your ego. This lesson can be transformational. Someone who returns from an illness or tragedy to his prior routine has lost an opportunity to grow, to become a different person, to cleanse his soul of this-worldly pursuits. On both levels, personal tragedy begs people to rethink their priorities and their attitudes.

Rav Grodzinski teaches that Torah study, deep engagement and internalization of the Torah’s lessons, transforms a person similarly. Torah study identifies proper character traits, teaching those willing to listen how to become better people. In this way, Torah study compares to the first type of impact of suffering. While Rav Grodzinski does not proceed in this direction perhaps one can say that Torah also accomplishes the second type of impact of suffering. Intense Torah study involves neglect of this-worldly concerns. “Torah can only be retained by someone who kills himself over it” (Berakhos 63b). Someone who throws his whole body and soul into the spiritual matters of Torah refocuses his life, stepping away from the pursuit of this-worldly desires. That is the expected, albeit often neglected, outgrowth of intense engagement in Torah.

Atonement for severe sin requires radical transformation. You can lean into that transformation by engaging in intense Torah study or you can wait for God to force you to revise your outlook and attitude through suffering.