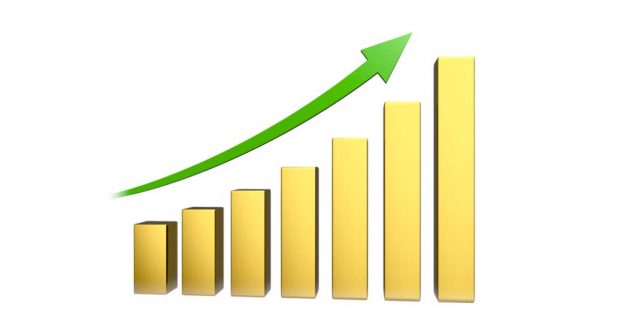 Teshuvot In a Geometric Progression: R. Moshe Feinstein on 18 Elul

R. Moshe Feinstein, zt”l, wrote four teshuvot on the 18th of Elul two, four, and eight years apart (by the time sixteen years had passed, when he was due to write the next one, he had passed away).  Let me briefly review them.

In Even Ha-Ezer 2;1, written in 5722 (1962), R. Feinstein deals with a young man engaged to be married, whose future father-in-law wants the wedding to happen before the groom’s twentieth birthday, an age the Talmud gives as one of the later points to marry (a topic for another time). The groom’s unmarried older brother felt that insensitive to him, said he would be embarrassed and hurt by his brother marrying first.

I was not surprised R. Feinstein ruled in favor of the younger, I was surprised by what seemed to me his astute perspective. He notes the older brother’s feelings are a matter of his choice of how to react to the events, and he, R. Feinstein, sees other ways to take it. People wait to marry for many valid reasons, such as wanting to study Torah without family responsibility, or to build a financial nest-egg to be able to support a family comfortably. The older brother’s differing choices from his brother’s are no reason to be embarrassed.

R. Moshe also makes a point about marriage we can both take too far and forget too much– he notes the choice element in the brother’s not yet marrying. If the older brother really wanted to get married, he could, by going down a level or two from whatever standard he thinks he deserves.  R. Moshe does not define the standards and levels (nor does he urge the brother to expand his search), but he is saying when people have trouble finding a spouse, they most often mean a spouse appropriate for them, someone who matches their sense of what they deserve. R. Feinstein does not object, does not imply the older brother is being overly picky or should adjust his standards, he only points out it should take away any embarrassment from not yet being married—he is not unmarried because he’s unable to get married, he’s unmarried because he chooses to stick to certain standards.

There is also, R. Feinstein points out, an element of prohibited jealousy, as there is in the older brother’s claim/threat he might become ill if his brother goes through with the wedding. Halacha neither expects, asks, nor encourages Jews to allow others’ qualms about others’ success to get in the way of that success, financial, spiritual, academic, or otherwise.

I like the responsum because I agree with many of its premises, so I am not the best judge, but I would repeat those basic ones here: we are not allowed to be jealous of others, we are not allowed to carp at others’ success because we have not yet succeeded, we are not allowed to let our embarrassment over our failures (which we may be miscategorizing) to interfere in others’ happiness, and we must not use emotional blackmail to hinder others’ positive progress.

The second responsum, Orah Hayyim 3;34, written in 5724 (1964) wonders whether the year-round availability of fruit (apples, e.g.) changes their shehehiyanu status.  A simple rule for reciting the blessing over new fruits says it must be mithadesh, seasonal, regardless of how frequently the individual eats them.  If apples are now available year-round, would we never say shehehiyanu on them?

I don’t have the room here for all of R. Feinstein’s reasoning, but he makes an interesting distinction between means of preservation readily accessible to all—such as a cold cellar, where potatoes stay well—and those involving technological innovation and expertise (storing apples well enough that they stay, or finding ways to transport them worldwide without spoilage). The former he sees as part of nature, and therefore would change our picture of their growing season.

In addition, dietary staples are less likely to incur the blessing, as they are part of our lives at all times, where fruit are more like a snack, a tasty enrichment as opposed to a necessity.  of our dietary taste, but not a necessity.  The add-ons to our diet, which also generally require more sophisticated storage procedures, would stimulate a new shehehiyanu each time the season ends.  [I think he means the growing season; he does not here discuss what happens when new methods allow growing certain foods year-round).

Women’s Education: Can We Pay It Off With Ma`aser Money?

Four years later, 5728 (1968) in a responsum printed in Yoreh Deah 2;113, R. Feinstein was asked about using ma`aser money—the tenth of one’s income Jews try to give to mitzvah causes—for a daughter’s education. The questioner knew not to use the money for pre-existing obligations (such as giving gifts to the poor on Purim), and therefore knew boys’ schooling, a Biblical obligation on a father at least to teach them the Written Torah, could not be included.

R. Feinstein has two reasons to reject the idea. First, the father does have to educate his daughters. Perhaps not in Torah, per se, but there is an absolute obligation to raise girls to be God-believing and God-fearing, to know and care a Jew’s life is meant to be lived in service to God, and to avoid prohibitions (a Mishnah in Yoma explicitly discusses the age at which a father must teach and train his daughters to fast on Yom Kippur).

In addition, American law mandated a school education, leaving the father with the choice between public school, where non-Jews will teach, or to a Jewish school, where they can learn about Jewish values and beliefs. Clearly, the father must take the second choice, and cannot use ma`aser money for what Jewish observance already requires of him.

On the other hand, R. Feinstein is sympathetic to the questioner’s financial straits (he does not clarify what counts as poor enough to take advantage of the idea he is about to share). He thinks the father can pay as much tuition as appropriate for his income; should the school insist on more, he can use maaser</em> money for both his sons and daughters, because the custom/ laudatory practice of giving <em>maaser only comes into play once a person has enough for his basic needs, and this man clearly does not.

The Fundamental Error of Much of Orthodox Feminism

The last responsum Orah Hayyim 4;49, dated 5736 (1976), answers a rabbi who wants to know how to respond to women looking for expanded roles in the synagogue and in Jewish ritual life. R. Feinstein’s answer seems to me still a manual for how to approach such questions: First, he notes the fundamental tenet of Jewish belief, the Written and Oral Laws were given at Sinai.

It means whatever is part of the Written or Oral Law, at least, are divine and unquestionable, whether we think we know the reason behind them and dislike it, or see no reason for it.  (He does not mean to imply Hazal or denim de-rabbanan, rabbinic rules, are more open to question. I think, back then, much of what the women were questioning was, in fact, Torah law).

The exemption from positive time-related commandments, including tzitzit and therefore tallit, was the central concern—women were starting to wear tallitot and the questioner wanted to know how to react. Women are certainly allowed to perform mitzvot where the Torah chose to exempt them—and Ashkenazic women do so with the blessing—so a woman who wants to wear a tallit may. [Elsewhere, R. Feinstein thought there was no point in non-Jews’ observing mitzvot, because he saw them as a covenant between the Jewish people and Gd. In that framework, the system’s allowing for women to observe mitzvot without an obligation means they were always relevant to them, just not obligated.]

With one important caveat, her only concern be fulfilling the mitzvah, as virtually all women do for shofar, sukkah, and the like, he says.  If they are doing it to make a point about equality and adjusting the divine system to modern realities, R. Feinstein thinks they are implicitly denying the divine origin of the Torah.

R. Feinstein closes with what I find another crucial reminder. He says much of the objection to women’s traditional role in ritual life stems from a flawed understanding of the religion’s priorities: the sanctity, role, and status of Jews as a people with a special relationship with Gd, tasked with spreading knowledge of Gd in the world, apply equally to men and women.  The only way to handle those who argue otherwise is to forcefully, consistently, and tenaciously recite these assertions Jews hold to be truths of the world: Gd gave the Torah, Gd knows how to parcel out responsibilities within the broader picture of a sanctified nation, and objecting to or fighting against Gd’s system repudiates the system, however the person doing so phrases it.

And that was the 18th of Elul, on four occasions of R. Moshe Feinstein’s rich life. Shabbat Shalom.