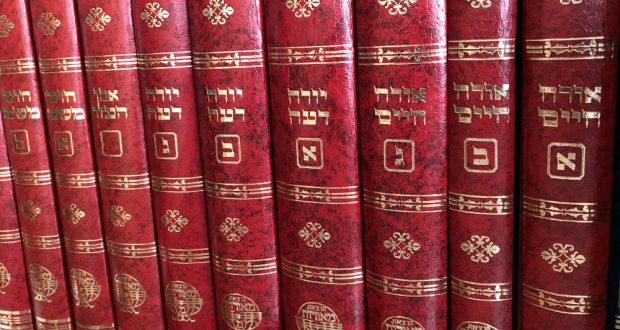 On Changing Judaism For LGBT

Anyone reading this probably knows someone gay. The explicit biblical prohibition against homosexual activity and the associated rabbinic prohibitions, including the rabbinic condemnation of gay marriage, are not abstract concepts. The heartbreak, alienation, depression and everything else that follows are the real repercussions felt by our friends and family. The theological challenge is not theoretical but has a face and a name that are precious to us. Because the stakes are so high, how we respond to this challenge defines our Judaism, our relationship with God. Prof. Aaron Koller, in his article “On Halakha and LGBT”, gets it wrong.

It is only natural to ask how God could make life so difficult for the people we love. We question how the Sages could have failed to recognize the problem and find a way around it using their renowned creative genius. But more importantly, if we have to choose between our rabbis and our loved ones, between our traditions and our children, the latter seems the only reasonable option. Isn’t it easier to reinterpret the laws? Don’t rabbis always do that to avoid tragedy?

And yet, deep down, we know that this cynical view of religion isn’t true. The rabbis don’t create shortcuts to make Judaism easier because it isn’t an easy religion. They never permitted work on Shabbos even during the Depression nor did they permit apostasy to avoid the Inquisition. Examples abound of the sacrifices the Torah demands and the rabbinic inability to ease them. The reason is fundamental: the rabbis do not control the Torah; the Torah controls them.

We know what the Torah says about homosexual activity, which the codes echo unanimously. We know that any attempt to change that will make the Torah into a farce, a book of laws and values that we force to fit what we think should be right rather than something to which we strive to conform in practice and in thought.

The Torah is supposed to be understandable, “it is not too hard for you nor is it far off” (Deut. 30:11). But sometimes we fail to understand elements of the Torah, both large and small. The Sages confessed to failing to understand the laws of the parah adumah (red heifer), although Medieval thinkers offered compelling explanations. Throughout the generations, seemingly insurmountable problems challenged the beliefs of faithful Jews. Those challenges — such as Aristotle’s eternal universe or the seeming Christian prophetic fulfillments — now seem minor, hardly problems that would cause people to lose their faith.

In our generation, many of us do not understand the prohibition against homosexual activity. But that does not mean the commandment is wrong. The midrash (Devarim Rabbah 8:3) says that if the Torah is, indeed, “too hard for you,” it is because of you, not because of the Torah. Our finite understanding does not limit God’s wisdom. The very suggestion is blasphemous. Intellectual challenges come and go, and many abandon Torah Judaism because of them. But those who remain faithful in the face of difficulties find themselves a part of the long and beautiful tradition that will continue indefinitely.

I echo here Rav Soloveitchik in his objection to a proposal to annul marriages broadly in order to avoid the problem of mamzerus (halakhic bastardy). How will you continue to be Orthodox? How will you teach Tanakh and Talmud when you dismiss their laws based on your own values? How will you teach respect for the Torah, for the sacrifices necessary to observe kashrus, Shabbos, taharas ha-mishpachah and more, if you jettison an explicit law that you decide is wrong? Do you really think that you can prevent your children and students, and future generations, from changing more and more? If we do not treat the Torah as sacred, neither will our children nor theirs.

And yet, what do we do with our loved ones who find themselves facing a seemingly insurmountable challenge? We support them in their struggle. We encourage them in their faith. We welcome them into our communal institutions as equals, without legitimizing any of their personal choices just as we treat everyone else. We shower them with unconditional love. And if necessary, we respond as Rav Soloveitchik did when a ba’al teshuvah learned that he was a kohen and could not marry his convert fiancée.

”We cannot permit a giyores (convert) to marry a kohen, and sometimes the cases are very tragic, as I know from my own experience. I had a case in Rochester: a gentile girl became a giyores before she met the boy. She was a real giyores hatzedek; she did not join our fold because she wanted to marry somebody. Then she met a Jewish boy, became . . . He had absolutely no knowledge of Yahadus (Judaism); she brought him close to Yahadus. They got engaged, and he visited the cemetery. Since he had come closer to Yahadus, he wanted to find out about his family, about his family tree, so he visited the cemetery in which his grandfather was buried, and he saw a strange symbol — ten fingers. So they began to ask — they thought it was a mystical symbol, and then they discovered that he is a kohen. What can you do? This is the halakhah — the kohen is assur to (forbidden to marry) the giyores. We surrender to the will of the Almighty. On the other hand, to say that the halakhah is not sensitive to problems, not responsive to the needs of the people, is an outright falsehood. The halakhah is responsive to the needs of both the community and the individual. But the halakhah has its own orbit, moves at its own certain definite speed, has its own pattern of responding to a challenge, its own criteria and principles. I come from a rabbinic house; it is called Beis Ha-Rav, the house into which I was born, and believe me, Rav Chaim used to try his best to be a meikil (lenient). However, there were limits even to Rav Chaim’s skills. When you reach the boundary line, it is all you can say — “I surrender to the will of the Almighty.” This is a sadness in my heart, and I share in the suffering of the poor woman, who was instrumental in bringing him back to the fold, and then she had to lose him; she lost him; she walked away.”

Sometimes all we can do is sit down and cry together.

2019-09-11
Gil Student
Previous: Daily Reyd
Next: A Hazzan/Shohet with Seizures