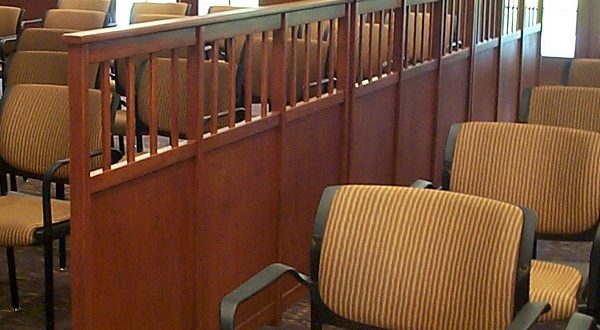 Mechitzah Minyan in a Non-Mechitzah Shul

4 Elul: R. Moshe Feinstein on a Mechitzah Minyan in a Non-Mechitzah Shul

We often fail to remember battles of our past, when dedicated Jews, rabbis and not, stood against the tide in the name of proper fulfillment of the Torah. Jews have had to deal with pressure to convert from ascendant Christians, from thriving Karaite communities, and more.  There have also been times when within Orthodox Judaism, groups pushed for outcomes rabbinic opinion held to be unacceptable.

When the Plague Is Within

The mid-twentieth century battle over mechitzot offers an example.  It’s hard enough when a new version of Judaism claims to be a legitimate alternative, such as Reform Judaism; Orthodox Jews then must walk the fine line of opposing their claims about Judaism while also remembering their love and connection for their fellow Jews. With mechitzah, the challenge was heightened in that many claimed Orthodox Judaism did not require a separation between men and women during services. In the thirties through the fifties of the last century, beside thriving and growing denominations other than Orthodoxy, many synagogues claimed to be (and, to complicate matters, were interested in being recognized as) Orthodox. With no mechitzah.

For decades, rabbis and lay leaders had to wage a careful battle, to avoid alienating people while maintaining the tradition (the OU, for example, grandfathered non-mechitzah shuls into the 1990s, I believe, member shuls of the OU with no mechitzah in their main sanctuary).

In such situations, some promote a refusal to affiliate with those who made the improper choice. Shu”t Iggerot Moshe Orach Chayyim 2;40, dated 4 Elul 5719 (1959), shows the normally accommodating R. Moshe Feinstein taking that view about the permissibility of praying in a room of a building where the particular room has a mechitzah, but the main shul does not. [I know of institutions who saw such an arrangement as a compromise to accommodate more tradtional/ Orthodox members. Although one could never count on it, there were cases where the mechitzah minyan became a strong enough constituency within the shul to bring the main sanctuary to put up a mechitzah, to allow them to rejoin the larger group of the shul].

The Impression on Other People

R. Feinstein’s starts with the impression heading towards the building will give. Avodah Zarah 11a prohibits travelling a road whose only destination is a place for worshipping a power other than Hashem. Rashi attributes the concern to chashad, the worry others will suspect this Jew is, Gd forbid, headed to engage in such worship him/herself.

If people are not generally aware of the mechitzah minyan within the building, people seeing this Jew walking there will assume s/he’s going to the non-mechitzah service. Especially when many Jews had no qualms about joining such services, they would more easily assume that about the Jew in question, whereas even in the time of the Mishnah and Gemara, there was more of a taint in joining avodah zarah.

Here, there’s also mar’it ayin concerns. R. Feinstein argues that mar’it ayin includes cases where people will see a Jew’s actions as justifying their also acting that way. A Jew who saw another Jew headed to an avodah zarah would not generally decide it was therefore ok to worship there [R. Feinstein says; me, I wonder how much ordinary Jews understood about Judaism’s objection to avodah zarah, even as late as the time of the Mishnah and Gemara].  Chashad also prohibits an action, because a Jew is not allowed to cause others to think s/he is violating the Torah whether or not the witness will be tempted to follow(he cites Bamidbar 32;22, vi-hyitem neki’im me-Hashem u-mi-Yisrael, you shall be clean/innocent from Hashem and the Jewish people; it’s a reminder observance is not a purely personal matter or choice).

In the 1950s United States, seeing a fellow Jew headed to a non-mechitzah service would more than likely convince the witness it was an acceptable mode of behavior.

What Suffices to Avoid Mar’it Ayin

Common knowledge of a mechitzah minyan on the premises does not necessarily solve the problem. It might get rid of the chashad, but might allow people to think it’s all right to join the non-mechitzah minyan. (R. Feinstein phrases it as they’ll tell themselves this Jew is probably going to the non-mechitzah minyan, but that should then also be a problem of chashad. I wonder if he meant that just the heading towards the building, regardless of which service, confers enough legitimacy on all the services in the building to count as mar’it ayin. It’s not the simplest reading of his words, but it explains why chashad is no longer an issue for him).

He thinks the problem worsens if (as was usually the case) the mechitzah minyan was smaller than the one without. We usually rule leniently regarding doubtful cases of mar’it ayin, but here the communal situation in which many, many people assume it’s fine to pray at such a service pushes us to rule stringently, to be particularly careful others not infer we are comfortable with the non-mechitzah minyan as well.

He also makes no distinction between willful and unwitting sinners in this area. Especially for those who adopt the model of tinnokot she-nishbu, Jews are often too ignorant to count as willful sinners, there seems room to view these mechitzah minyanim as a productive avenue of kiruv, of bringing the distant closer to tradition. But it behooves us to remember there were many varieties of these situations; while some mechitzah minyanim helped the larger community, others only provided continuing vital financial support to a non-mechitzah synagogue. Nor was any of this easily predicted in 1959].

The responsum closes with a separate issue, eating at a non-kosher dairy restaurant. R. Feinstein points out numerous kashrut issues arise in such places—they have non-kosher fish as well as kosher, they use some non-kosher oils and cheeses, some of their foods have been cooked by a non-Jew (bishul akum, rabbinically prohibited under certain circumstances).

To eat fully kosher food in such a restaurant causes both chashad (people will suspect him/her of eating non-kosher) and mar’it ayin (other Jews will infer they, too, may eat there). R. Feinstein does offer one significant leniency, less often applicable than back then. If a Jew is very hungry and can find no other place to eat, s/he can go into a dairy restaurant and order fully kosher food (he does not clarify, but for example, a cold plate of whole fruit works), because Chaza”l did not insist on following their decrees in situations of great distress and/or loss.

The Jew also must do it be-tzin’a, privately, by which he means no one who knows this Jew should see him/her enter the restaurant. Once inside, anyone who knows him/her will also see s/he is ordering only kosher food (R. Feinstein assumes the Jew need not worry about the casual encounter, where an acquaintance will bump into him/her but not stick around long enough to see his/her order).

Should our hunger Jew encounter anyone who knows him/her outside the restaurant, R. Feinstein requires him/her to explain the needs leading him/her to go in, to make clear s/he will be ordering only kosher food (he seems comfortable with a Jew who works in a city with no kosher restaurants and forgot his box lunch at home to say to a friend s/he meets, “oh, I’m starving” or “oh, I have an unavoidable business meeting, so I’m having a fruit plate,” or the like.) But he closes with the reminder this leniency should only apply to cases of great distress or need.

Back in a time when Orthodoxy had significant challenges, R. Moshe Feinstein fought battles in need of fighting—to avoid assisting those sending Orthodoxy in a wrong direction—as well helping Jews find food to eat when it was scarce, laying out the law and the leniencies of eating dairy out.