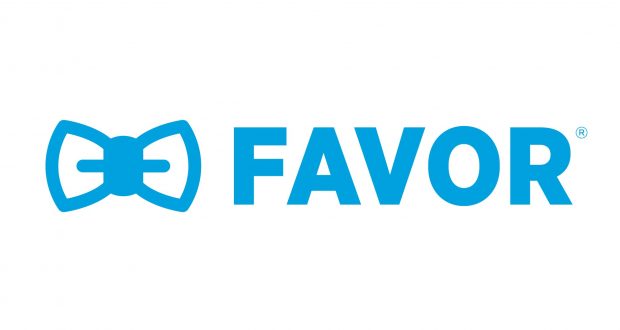 25 Elul: R. Herzog on Whether We Are Doing Converts a Favor

The 25th of Elul is the anniversary of a responsum R. Yitzchak Herzog wrote (Heichal Yitzchak Even haEzer 1;20) whose topic was conversion, with ramifications for our looming confrontation with Gd on the High Holidays, the Yamim Nora’im. The question is about a Jewish man who had lived for years in a civil marriage with a non-Jewish woman (German speaking, we will see, but I find it hard to imagine she was hoping to convert to Judaism in Germany in 1941!).

The continuation of this woman’s job became, at some point, dependent on her converting to Judaism (again, the question does not make clear what job required that), and so she did. With her conversion, can they be married Jewishly, as they have requested?

If She’s Jewish, Why Not?

In one sense, the answer is fairly simple, and R. Herzog gives it. Having converted, there is no reason for them not to then be married. The more complicated issue is whether she should have been converted at all.  As the questioner notes, Yevamot 24b tells us not to convert anyone, male or female, whom we suspect of doing so for the sake of marrying a Jew.

Already in the mid-1800s, R. Shlomo Kluger had found reasons to be lenient about the issue.  Further, and more relevant to this case, Rambam had allowed a man living with his non-Jewish maidservant to free her and convert her to Judaism, because it would avoid the various transgressions involved in living with a non-Jew.  He laid the groundwork for R. Herzog to suggest rabbis can decide case by case, can calculate the overall cost/benefit of refusing to convert the desired non-Jew, or welcoming him/her into the Jewish people.

In this case, he sees more room to accept her conversion, because the stricture had done nothing to stop them from marrying. With the pair living together anyway as a married couple, the Gemara’s concern no longer makes sense, all the more so with her having converted for a completely separate reason.

Now for the Harder Part

Thus far, he has matched what I suspect is our instinct, to encourage the couple’s desire to marry as Jews. Then he points out important challenges of the problem I think we may forget. First, he notes his surprise the bet din, the court, would convert a woman doing so for the sake of a job (R. Herzog refers us to Mishneh Torah, where Rambam records halacha’s opposition to converting  anyone with any ulterior motive; the exception for couples had to do with the upside/downside calculation, especially with a Jew already involved; for a job, that wouldn’t seem to be as true).

Be that as it may, R. Herzog adds that, he assumes the court had been sure to ascertain she had resolved to observe the commandments and her belief in the One Gd.  This is one line he draws, among others and caveats we will get to in a moment, but to me it is a striking one: whatever a court’s decision about motivations for conversion to accept, it cannot dispense with a sincere commitment to mitzvot and especially to a recognition of the Gd in Whom Jews believe.

Before he takes up those issues in more detail in the second part of the responsum, R. Herzog reminds the rabbi he must give them—before he conducts their marriage– educational material, in Hebrew and in German, about the laws of niddah, commonly called the laws of family purity.  [I wonder whether today R. Herzog would have added other educational materials for them to know as husband and wife, such as how to treat each other, how to build a loving and respectful home, how to educate children.]

Accepting Mitzvot As Part of a Conversion

R. Herzog could have stopped there. Instead, he launches into a second part with the words, “I went back to think about it some more, and it is hard in my eyes [hard for me to understand]” how the converting court oversaw her conversion for the sake of continuing a job.  While he knows the Gemara ratified all sorts of less-than-perfect conversions after the fact—meaning, the Gemara rules they should not be done, but if they were, the convert is, indeed, Jewish– including those with an ulterior motive, R. Herzog questions whether the rule would still apply today.

The kicker, in his mind, is whether we can assume the convert has made a real kabbalat ha-mitzvot, a genuine commitment to observing the rules of the system (without that, he is not convinced the conversion takes effect, regardless of her going to mikveh and/or a court declaring her to be Jewish. Rambam has a line where he seems to assume it does work, but R. Herzog thinks he means only we have to worry there was a kabbalat ha-mitzvot. Without commitment, there is no conversion, he seems to be sure everyone agrees).

In the times of the Talmud and even rishonim, Torah scholars of pre-1500, he writes, almost all Jews adhered to a certain base level of observance.  I might be tempted to argue the historical accuracy of the claim, but his specific point works: he says a convert’s outwards statement of accepting mitzvot almost certainly extends sincerely to all observances all Jews around the potential convert keep (if all Jews had a beard, for example, we might worry whether the convert really intended to worship Gd, but we’d be pretty sure he was committing to wearing a beard).

In R. Herzog’s time and ours, plenty of prominent Jews, including national leaders (remember—he’s living in Israel in 1941, when the leading Zionists were almost all nonobservant) had not a shred of observance.  If so, the convert could easily assume, whatever s/he told the conversion court, there was no practical need to observe mitzvot as part of a Jewish community.

Conversion Without Observance Is No Great Favor

Another challenge he raises: such a conversion is no longer clearly better than leaving the non-Jew as a non-Jew. The questionable conversion poses problems for the Jewish people as a whole, who must worry the convert is not actually Jewish; for a female convert, if her incomplete acceptance of mitzvot invalidates her conversion, any future children will be non-Jewish [I was recently exposed to a case where the Jewishness of the child of a convert of questionable observance is central to the case at hand].  The community, though, will assume they’re Jewish, and we’d have an admixture of non-Jews in the population.

In this case, the woman’s conversion helps the husband, who is no longer living with a non-Jew.  If she does not observe commandments, especially the rules of niddah, family purity, they will be violating much worse prohibitions than when she was not Jewish. For her, the same will be true of issues like kashrut, observing Shabbat, etc. Before, a cheeseburger was food; now, it’s a violation [my example].

At a purely practical level, in other words, he doubts whether converting this woman helps either of them. From a world where she was obligated only in the Noahide commandments, and he was violating the prohibition of living with a non-Jew, the court turns her into a woman permanently obligated to fulfill commandments and avoid prohibitions she has no intention of doing. By Torah law, many of these carry significant punishment. [You could make the same point, I would argue, even if the convert thinks he or she is committing to observance, but with a flawed sense of what that is.  Take a convert who attaches to a not particularly observant community. The convert might assume, regardless of what the rabbi says, s/he only has to do what the rest of the community does. If that community regularly violates Shabbat, despite leaders’ remonstrations, this convert will have been drawn into a regular transgression for which s/he would never have been liable before!]

There are all sorts of counterarguments, and R. Herzog is aware of them. He is not saying the conversion was clearly wrong, he was saying it is a lot more delicate of an undertaking than we sometimes take into account, both in the ideal sense and the practical one.  Ideally, we’d like all converts to do so only for the purest of motives, but even at the most pragmatic level, converting those who aren’t truly fired up to keep the Torah hurts all of us.

Turning Our Minds to Rosh haShanah

While we are not converting this Yamim Noraim season, many of the same questions can be turned on us:  What is our level of sincerity in our relationship with God? Do we ourselves agree to observe mitzvot, remember our religion’s insistent assertion of a single, unitary, and unique God? And, most important, do we realize our kabbalat ha-mitzvot has to be complete, a readiness and an interest in observing whatever God told us, and to keep striving to get closer to fulfilling that ideal? Ideas I offer with best wishes we all be written immediately and soon in the Book of Life, with good health, prosperity, and all good tidings.