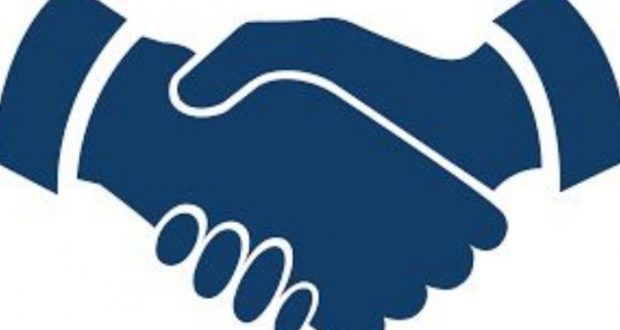 What’s Included in a Partnership

20 Av: Chatam Sofer on What’s Included in a Partnership

My father, a”h, was a corporate lawyer for much of his life, and I remember him telling me corporate law sought to make the terms of deals clear ahead of time, to avoid misunderstandings and recriminations later. Shu”t Chatam Sofer 5; Choshen Mishpat 96, dated 20 Av 5596 (1836) shows us the kinds of arguments which can arise without such clarity.

A Partnership in Wool

Two men set out to the market in Pest to sell wool, as partners. They hired a wagon together, and when one of them—called Nachum in the responsum—was offered more wool, Ya’akov agreed to partner on the new wool as well. Ya’akov went a step further, made explicit his understanding of custom, the partnership covers all merchandise which comes their way on the trip.

The problem arose at the market. They agreed to buy ‘orot, hides or leather, to sell back where they lived, and Nachum told Ya’akov to go buy the leather. After he did, Ya’akov told Nachum he would accept Nachum as a partner only if Nachum paid him for the effort expended to find and buy it. Nachum said nothing.

Back where they lived, they told the story to a trustworthy third party, are now in court because Ya’akov claims the leather is all his, Nachum never having joined the partnership. Ya’akov has now added a detail of their interactions; he claims he told Nachum to come buy the leather with him, or he would buy it for himself. When he asked Nachum for a fee after he bought the leather, he was offering him a last chance to join. Nachum’s silence means he missed his chance.

Chatam Sofer starts his response with a greeting, and apologizes if he has not extended the proper accolades to the questioner, whom he does not know. [I don’t generally comment on the openings or closings of the responsa we study. Chatam Sofer shows us he worried his questioner would be insulted by his failure to observe what I would have thought was a formality. He does say the question itself shows some Torah knowledge, and uses the a phrase I find beautiful, the Torah given at Sinai was oryan telita’ei, a three-fold Torah.

Rashi to Shabbat 88a said the three parts were Torah, Nevi’im, and Ketuvim; as Ritva points out, Rashi assumes all of Tanach was implicit in the original Giving of the Torah. Ritva mentions two other stimulating possibilities, worth looking up, but which would take us too far afield].

On the substance, Chatam Sofer rules for Ya’akov; the best Nachum can do is pay for Ya’akov’s effort in finding and buying the leather (as Ya’akov had said back in Pest), and then share the leather. Since Nachum seems to have argued Ya’akov also wanted to charge him more for the service than it deserved, Chatam Sofer says to have experts set the fee.

The questioner apparently thought issues of possession and presumed ownership came into play (perhaps because Nachum was holding on to the leather?); we do not find out what they were, as Chatam Sofer dismisses them out of hand, says he did not read those (lengthy) sections of the question, deems them irrelevant. (He rejects any role for tefisah, taking possession, or chazzakah, an established state of affairs, again at the end of the responsum. It sounds like the questioner had focused on those issues as the crux of the problem).

To explain his reasoning, Chatam Sofer takes up a few halachic issues without directly relating them to our case, comes back at the end to show us how they apply. Rambam’s Laws of Messengers and Partners 4 requires an act of acquisition to establish a partnership. Unless the act has occurred, either partner could withdraw, regardless of whether the merchandise has already been purchased (were the profit going to be more than expected, the partner who has the merchandise could withdraw and keep the profits, and vice versa were there going to be a loss).

Maharam disagreed, pointing to a Gemara which considered a verbal agreement as effective as an agreement formalized with an act. (The hana’ah, the pleasure or benefit the partners receive, from agreeing with each other, gives full force to the verbal agreement).  Chatam Sofer assumes Rambam would have said the Gemara only took such account of verbal agreements to extend an existing partnership, not initiate one, as Maharik explicitly said about the passage.

Maharam, quoted by Mordechai, cited another Gemara as well. There, a group of donkey-drivers agreed to have a partnership. Rashba thinks the Gemara does not prove the point, because the

joint agreement of a group (and the security of being part of a group) creates more hana’ah, more benefit and more willingness to commit, than a partnership of two.  Chatam Sofer thinks Rambam would have agreed.

General practice follows Maharam, where the two formally agreed. Where they spoke in general terms of being partners, without specifying practicalities, no partnership has been established, and either party can back out at any time, including after the profits have been made (as Rema ruled, Choshen Mishpat 176;3. Chatam Sofer will come back to his particular case after he’s established the relevant rules. For now, he’s shown us a partnership established verbally, in only general terms, has little halachic force).

Rambam also thought partnerships only work for a davar she-ba le-‘olam, materials already in existence (I have wool to sell, for example). He would not think an agreement to share future wages [or tips, for example] binding [there may be good reasons for the parties to adhere to the agreement anyway; Rambam only means they are not bound by the formal rules of partnerships].

Maharam disagreed again, thought a verbal agreement would work—let alone a formal act of acquisition—because the parties implicitly rent themselves, giving the partnership the rights to their work and whatever accrues from it. Ra’avad agreed.

Kessef Mishneh explained Rambam was unconvinced because their agreement had no language indicating they were hiring out their persons. Chatam Sofer gives another reason, Rambam held hiring a person to own all benefits of his/her work still requires an act of acquisition.

Tur accepted the verbal agreement as a way to change an existing partnership, to make them now owe each other whatever they earn. Chatam Sofer thinks Rambam would have agreed to this option, because we need fewer formalities to extend a partnership. [For our case, were they already partners, because of the wool, the bar to extend it to leather would be lower].

In practice, most authorities disagree with Rambam, think a verbal agreement is effective. Certainly, their work together as partners gets the partnership off the ground and the standards of extending apply, not of starting.

The discussion so far addressed theoretical halachic standards, where halachah also recognizes minhag ha-socherim, the common practices and expectations of merchants. Choshen Mishpat 272 clearly requires Jewish merchants to follow expected market rules about collecting money, and Chatam Sofer assumes other market rules would be the same. He thinks Rambam would agree, especially because markets are collections of many people, where he thought Rambam accepted Rashba’s idea about the power of a group’s verbal agreement.

The workload also matters. Everything said until now addresses cases where both partners are equally involved in the activities of the partnership. Where one person is doing all the work, Chatam Sofer holds he needs to be paid a salary. Tur Choshen Mishpat 176 quotes a responsum of his father’s, Rosh, regarding a partnership to tan hides, where only one partner performed the actual tanning. He needed to be paid for his time before they calculated the profits, Rosh said.

We’re back to Nachum and Ya’akov. Chatam Sofer says he’s spoken with businessmen, who all said an agreement to rent a wagon constitutes an agreement to be full partners all the way to the market. Nachum’s purchase of wool along the way was then clearly part of the partnership; nor can he claim a fee for the effort he expended, seeing as it happened on the way to the marker anyway, at a time when he had no other business.

The sale of the wool at the market end their partnership, as custom had it, even if they’ve hired the wagon for a round trip. The litigants’ claims show they assumed the same rules. Nachum based his demand to be included in the leather partnership on Ya’akov’s offer in Pest; he does not say the hiring of the wagon obligated Ya’akov to continue the partnership. Unfortunately for Nachum, he never agreed, verbally or better. The best he can do is pay Ya’akov for his time and effort in the market—as Rosh had said, the market a time when each partner could have fended for himself—and then split the rest.

Next time, they’d be better advised to iron out the details before they start out to Pest…