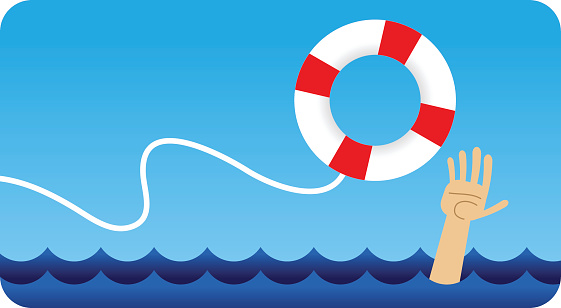 Some Limits on Saving Lives

26 Av: R. Moshe Feinstein on Some Limits on Saving Lives

[Click here for the audio version. I note I had been taking the Wednesday responsum each week; for this week, I thought this Tuesday one more immediately interesting, and as I am soon bringing this project to a close, thought it worthwhile to shift the day to study it together.]

It’s common to say pikuach nefesh docheh ha-kol, saving lives pushes aside any interference, Jews may do whatever needed, violate any usual rule, to save a life. Obviously exaggerated, the idea ignores the three types of sins Jews famously must allow themselves to be killed rather than violate, murder, certain sexual sins, and worship of a power other than Hashem.

The middle one of those—a man being coerced into a sexual act incurring excision or capital punishment—taught R. Moshe Feinstein a more far-reaching exception to the permissibility of violating the Torah to save lives (a few months ago, we saw Binyan Tziyyon suggest a different limit to this rule).  R. Feinstein thought circumstances might force us to violate the Torah, but we’re never allowed to want to violate it, preventing us from saving certain lives.

What Counts as Mentally Ill

Iggerot Moshe, Yoreh De’ah 2;59, dated 26 Menachem Av 5725 (1965), deals with a seemingly unrelated topic, institutionalizing a young man for mental problems where the home does not have kosher food. The rabbi from Toronto who asked the question, R. Yaakov Immanuel Shochet had pointed to Sotah 3a, where the Gemara quotes Resh Lakish as saying people do not sin unless a ruach shetut, an insane spirit, enters them. R. Shochet seems to have thought we might be able to categorize sinners as shotim, halachic incompetents, exempt from the need to avoid sin.

I know people who take close to a similar attitude, dismiss evil behavior as necessarily a matter of mental illness; the Torah cannot have meant such a broad definition, R. Feinstein is saying, because it would never punish people. He offers a standard close to the one TV and movies assume in American law–as long as the sinner/criminal understands what s/he’s doing and that it’s wrong, s/he is sane enough to be culpable.

The facility where the boy needed to be institutionalized did not have kosher food, and did not allow outside food. R. Feinstein thinks any Jew who fosters this boy going to this facility violates the prohibition of lifnei iver, of causing a fellow Jew to sin.

When Saving Lives Is Not Enough

What if the doctors say there’s a real danger the boy will kill himself? Or will violate the law and resist arrest to the point the police will kill him? Or will become so mentally ill he in fact will no longer be halachically competent? In physical illness, danger of death would allow eating non-kosher, so mental illness should presumably be the same.   (Trigger warning: R. Feinstein is about to be stringent here. As always, I present these summaries without endorsement, not that R. Feinstein needs mine–he was a major Torah scholar, a major posek, and with no obvious tendency to stringency; we learn from him as part of a long-term project, because learning from great Torah scholars is valuable regardless of whether the consensus has adopted their view.)

He holds we cannot treat the institutionalization as ordinary life-saving because we cannot trust this patient to limit his violations of the Torah to only the bare necessity (a good reminder the permission to violate the Torah to save lives insists we do only the amount needed to save the life). This boy/man had already rejected observance, meaning we must assume he will also eat nonkosher food beyond his sustenance needs, just because it looks and tastes good. There’s no excuse for that eating, so lifnei iver applies, the people who put him in the home are putting him in a position to violate the Torah.

This is a far-reaching claim, we are not allowed to save lives (ours or others) if we know we (or those others) will in the context of being saved choose to violate the Torah in ways unrelated to and unnecessary for the saving of the lives in danger [a little over a year ago, we saw Chatam Sofer prescribe repentance for enjoying a coerced pleasure; R. Feinstein is about to go further].

The Desire for Sin

R. Feinstein bases himself on a prohibition to want to sin, a prohibition we cannot violate even if it costs lives. He derives the idea from a comment of Kessef Mishneh, Laws of Sanhedrin 20;3, on a puzzling ruling of Rambam’s. Rambam says a court would put to death a man who yielded to threats of death and committed a prohibited sexual act, where we know the court would not do so for someone who yielded to coercion to worship a power other than Hashem or commit murder, equally banned. What makes wrongful intercourse different?

Kessef Mishneh bases his answer on the Talmudic principle ein kishui ela le-da’at, a man’s sexual arousal always involves some component of mental consent (if a certain sexual act is truly and completely distasteful to him, he will not become physically aroused).  R. Feinstein points out Kessef Mishneh’s idea doesn’t solve the problem, as the man would say he was coerced into being aroused.

He therefore understands Kessef Mishneh to mean only prohibited actions are permitted because of coercion, the interest in those actions (whatever they may be) is not. Without being also interested in this sexual relationship, the man would not have become aroused, and he is not allowed to be interested in it, as a yehareg ve-al ya’avor, even under threat of death.

Enjoying a coerced act is not a problem, in R. Feinstein’s view–I did not want to eat bacon, doctors said I had to and then it tasted good. Rava’s opinion in Pesachim 25b does seem to disallow taking pleasure from anything prohibited, but only where the underlying behavior has some other reason the Jew may not engage in it. To save lives, the underlying action often is allowed, in which case the pleasure is not a problem.

With intercourse, R. Feinstein read Kessef Mishneh as arguing, the act is not permitted, so he should never be allowed to take pleasure in it. Further, the idea he can only become aroused if he has some interest in the act means he would be showing an interest beforehand, also a problem. (I stress again, R. Feinstein is saying if the man found this act completely and fully distasteful, the Gemara’s view is he would not become aroused). Even coerced sex is a willed act for a man.

Bringing It Back to the Mental Patient

The same problem hampers the patient who would eat non-kosher unnecessarily and voluntarily. His willingness shows he wants to sin (and, for R. Feinstein, is not mentally ill enough to count as a shoteh), and wanting to sin is never allowed (an idea with many other examples, where lives are not on the line, and part of why I found the responsum so worth reviewing).

The conclusion means other Jews may not help institutionalize him there (I think some decisors would be more lenient than R. Feinstein when a Jew will sin whether or not we help. I could also imagine, here, someone would free the parents from the need to assume the boy will take food when unnecessary. But we’re not here for a full analysis, we’re here to learn from R. Feinstein).

Two more problems, R. Feinstein is not convinced the boy is in mortal danger, and reminds his correspondent adults are not allowed to feed non-kosher food to minors, despite their not themselves yet being obligated to keep the Torah. Putting him in the home would be like giving him the food ourselves.

R. Feinstein is so certain he says even if the boy’s non-observant guardian (his parents were deceased) already institutionalized him, the halachically observant trustee of the estate could not pay for his care. If the parents had been observant themselves, he adds, the trustee would also be on the hook for any money he paid the institution, as the parents would never want him to use the money for a prohibited purpose.

The boy could be sent to a facility in Israel, where they serve kosher food. [R. Feinstein does not elaborate, but I wonder whether the availability of other facilities factored in his decision. He does not evaluate the relative skill or expertise of the different facilities]. The last line of the responsum walks much of this back, because he adds that if the government requires this way of treating the patient, the trustee would have to pay, though it’s against halachah.