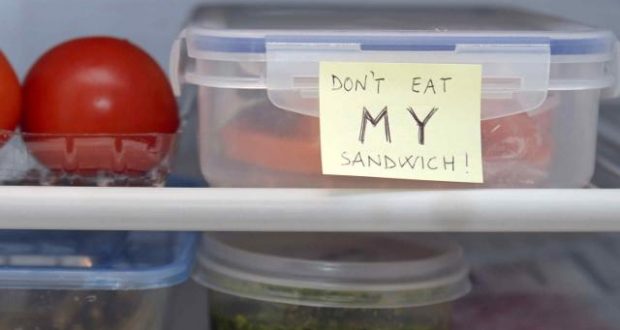 Making a Brachah on Stolen and Other Prohibited Foods

This past Shabbat, I was describing my ongoing study of my database or responsa and noted again how surprised I had been to find an author as early as Bach, R. Yoel Sirkes (known by the acronym for the name of his commentary on Tur, Bayit Chadash), date his responsa. This time’s example, Shu”t Ba”ch HaChadashot 1, dated 6 Av 5384 (1624), notes Shulchan Aruch Orach Chayyim 196 follows Rambam’s ruling we would not make a bracha or have a zimmun (where three Jews join together for birkat hamazon, signifying the unity created by their eating together) when eating an item prohibited “only” at a Rabbinic level. Making brachot on forbidden items is an example of a mitzvah ha-ba’ah be-averah, a mitzvah made possible by an act of sin, which Judaism eschews.

Rambam, Laws of Blessings 1;19 specifies tevel de-Rabbanan, produce Rabbinic law required us to tithe, as forestalling a brachah or zimmun, all the more so non-kosher meat or wine used as part of the worship of some power other than Hashem, because of the oxymoron in making a brachah as we’re committing a sin (benefitting from prohibited items).

Ra’avad glossed Rambam’s ruling, saying these foods lack the chashivut, importance or significance, to be the vehicle of unity to create a zimmun, but do necessitate a brachah before eating them.

Inherently Prohibited or Vehicles of Prohibition

Bach points out Rambam’s examples were all foods prohibited because of a problem inherent to the food itself, such as produce which was untithed, or meat from an animal which died without valid shechitah. Prohibitions such as an item having been stolen are more external, are not part o of the item itself.

In Baba Kama 94a, R. Eliezer b. Ya’akov (REBY) applies Tehillim 10;3 (“botze’a berech ni’etz Hashem, one who blesses on stolen items reviles Hashem”) to one who steals wheat, turns it into bread, and takes challah, the required tithe for a kohen. Abbaye explains REBY was telling us the wheat has not been changed enough to remove the stain of sin, leaving the botze’a berech problem in place, preventing the person from taking challah with any value.

Rava, on the other hand, said changing the wheat does make it fully the thief’s (the owner has yeush, despairs of recovering it, and the thief has now changed it, the two together making the wheat his as a matter of legal possession, although he obviously owes the owner for the value of the wheat, plus any fines). The blessing is a problem because the mitzvah was acquired by way of a sin. Tosafot raised a problem with Rava’s view: if the change is the crucial issue, why did REBY have to discuss wheat converted fully into bread—once the thief ground the wheat, he had changed it such that the central issues were all already in play.

Berachah on Challah or Birkat HaMazon

His having spoken of taking challah from bread leads Ba”ch to suggest REBY derived two meanings from botze’a berech. It certainly does mean making a brachah on stolen material is a problem, but betzi’ah is also the verb used for breaking bread; Ba”ch thinks REBY was telling us the verse means to imply one is still considered to be making a berachah on an item of sin all the way through to the berachah on the bread itself.

The ordinary beracha on bread is completely rabbinic, not what the verse would have indicated. REBY therefore understood it to apply to the brachah on taking challah (a Biblical obligation which only applies to turning flour into dough).

The verse made a point of the blessing on taking challah, Bach suggests, to imply there would be no problem with birkat ha-mazon, the Grace After Meals, made after eating that bread. In fact, Yerushalmi Challah Chapter 4 quotes R. Yonah as saying only the berachah prior to eating stolen matzah cannot be made; after it’s eaten, the item no longer extant, the thief’s obligation to the owner has turned into a monetary one, taking away the botze’a berech problem.

The Problem Is the Berachah or the Mitzvah?

Yerushalmi uses the matzah example because it too has a Biblical mitzvah (on the first night of Pesach), giving a meaningful way to contrast before it’s eaten, when the thief cannot make a berachah, with after, when only the debt exists.

Bach reads the Yerushalmi to mean the thief will not fulfill the mitzvah with that matzah, either, rendering the blessing le-vatalah, pointless. In his view, the verse may speak of the berachah, but it’s the underlying observance made impossible because of the sin associated with it.

R. Yose disagrees (in the Yerushalmi), says the mitzvah cannot be a sin. Bach understands him to mean the act is both a valid mitzvah and a ni’utz, carries with it a stain which makes a berachah inappropriate. Bach thinks that shows the prohibition against making a berachah on items of sin only applies to sin inherent in the item (since, as we’ve seen, stolen items can have a berachah once the sin aspect is removed from the item).

Rosh ruled differently, required a berachah even on such stolen items, although it would be a ni’utz, a reviling of Hashem. Bach is so sure of his view, however, he says Rosh must never have seen the Yerushalmi, and would have changed his view had he seen it [I am coming to the end of my time concentrating on responsa; I continue to find interesting where respondents’ confidence of their view leads them to reinterpret earlier sources. I am not judging the reinterpretation or the claim, I am only noting where the intellectual certainty led the person.]

Beit Yosef takes Rosh at face value, sees him as having disagreed with Rambam’s view denying a berachah before eating such food, and assumes the debate applies equally to stolen food as to foods inherently prohibited. Bach thinks the Yerushalmi is so clear Beit Yosef got it badly wrong.

Beit Yosef had cited other examples, all of which missed Bach’s point, in having dealt with items with an inherent probation. In such cases, Bach concedes many sources, including a Tosefta in Demai, a comment of Rashi’s and of Rabbenu Yonah’s, all make clear one would not make a berachah before or after, nor would three Jews eating such food have a zimmun.

Before a stolen item has been changed, it too precludes a berachah because it does not belong to that person (nor could one fulfill the obligations of matzah with it); after it’s been changed, the rabbis in the Yerushalmi debate a berachah before, but after—when the food’s eaten and gone—the conversion of the thief’s obligations towards the owner to monetary ones means a birkat ha-mazon could be said.

It’s not good to sin, but in some restricted situations, the sin does not permanently prevent a mitzvah or a berachah from being performed. As far as Ba”ch knew, on the sixth of Av, 5384.