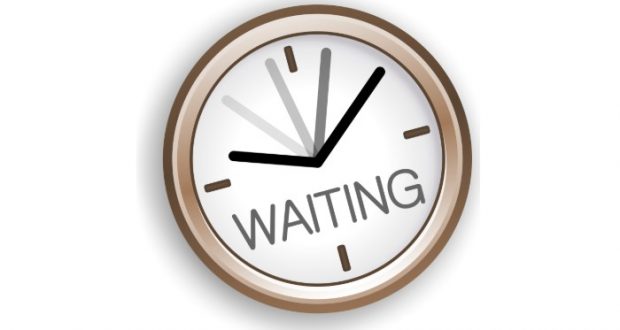 Waiting for People Who Pray at Length

21 Tammuz: R. Menashe Klein on Waiting for People Who Pray at Length

The questioner of Shu”t Mishneh Halachot 4;9, dated 21 Tammuz 5724 (1964) patronizes a shul with a bare minyan, the minimum quorum of ten, and the chazzan frequently starts the repetition of the Amidah with fewer than nine responding. He asks R. Menashe Klein to assess.

The Minimum Number to Answer

Two passages in Shulchan Aruch Orach Chayyim bothered the questioner as well. 55;6 allowed one of the ten in a minyan to be involved in a section of prayer where he could not respond or even was sleeping. 124;4, however, required nine people to pay close attention to the chazzan’s blessings, without which Shulchan Aruch terms the situation close to a berachah le-vattalah, an unneeded blessing (and, by definition, misuse of Hashem’s Name). Which was it, one sleeping or distracted person could count, or nine people had to be actively paying attention and answering?

It’s an old question, says R. Klein. Perishah, a commentary on Tur, thought “close to baseless” was hyperbole, since 55;2 allowed achazzan to finish any ceremony which had started with ten. Further, Beit Yosef allowed the chazzan to continue even if some in shul were sleeping or talking, which told Perishah (and Magen Avraham) people still count towards the minyan when not paying proper attention.

Tussling Over Whether Sleeping Jews Can Count

Taz took the opposite tack, saw a more serious problem in including a sleeping person than Shulchan Aruch made it seem. The ability to include such people was an idea of Mahari Berav’s,  R. Yosef Karo’s teacher, who extrapolated from the possibility of including someone currently at another part of davening. Such a person, too, could not answer, leading Mahari Berav to conclude answering was not an absolute requirement.

Taz thought the logic flawed, in that the person involved in his own prayers can stand silently, making him part of the communal prayer as a function of the rule of shome’a ke-‘oneh, one who listens counts as if he has said it himself.

He also is surprised at Maharil’s building off of R. Yehoshu’a b. Levi’s allowing a baby to count for a minyan, because we do not accept this view. Rabbenu Tam, who thought we should rule according to R. Yehoshu’a b. Levi, was unwilling to act on it in practice. More, Maharil assumes a sleeping Jew is more likely to count than a baby, where Taz thinks we treat someone asleep as having less sanctity (which is why people wash their hands when they wake up). Finally, why would anyone allow counting a sleeping person when we can wake them (not true of a baby)?

(Taz makes an interesting side point. We might have thought a sleeping person can count for a minyan because of the idea of kol ha-raui le-bilah, ein bilah me’akevet bo, any person or item which could fill an halachic requirement does not need to actually do so. Here, we would say any person who could be awake does not need to be. Taz claims the principle is limited to bedi’avad situations, where the action has already been done.)

Beit Yosef also mentioned the view of Agur, who noted Rosh’s insistence on a quorum of Jews paying attention to the chazzan. Agur knew minyanim commonly relied on Jews having side conversations (la plus ça change…). Taz cannot imagine inferring rules from Jews acting with disrespect, thinks the Jews who include them in a minyan are in error, let alone relying on their example to include a sleeping Jew.

In the Middle of Praying

Taz allowed a Jew to interrupt his prayers to listen silently; Maharam (in Hagahot Maimoniyot) seems to have disagreed, since he required the community to wait until the person finished. Were Taz’s idea tenable, it should have been preferable, avoiding the problem of making everyone wait for the individuals still praying.

Either way, we see that all sides think we can include a Jew still praying (Maharam prefers they wait). R. Klein sees no reason the idea would not work for several Jews still praying, as long as a majority of the minyan has finished, and are answering the chazzan’s berachot. [I have seen people assume we need seven Jews answering, but R. Klein does not mention it].

I am skipping a slight further discussion along the same lines, because this is his fundamental conclusion: the community can proceed without waiting, especially to forestall machloket, strife, those who pray more quickly annoyed by having to wait, or the breakup of the minyan. He urges them to wait if they can, but if they must start the repetition of the Amidah, the Jews still praying should pause to listen (I think he means to kedushah, not the amen after each berachah).

To close, he cautions them they may only rely on his view if they do not have a rabbi or posek for their community. If they do, R. Klein wants his opinion taken only as a suggested idea for the mara de-atra, the community’s rabbinic authority, to take into account as he issues his ruling.

That, too, is a way to avoid dispute.