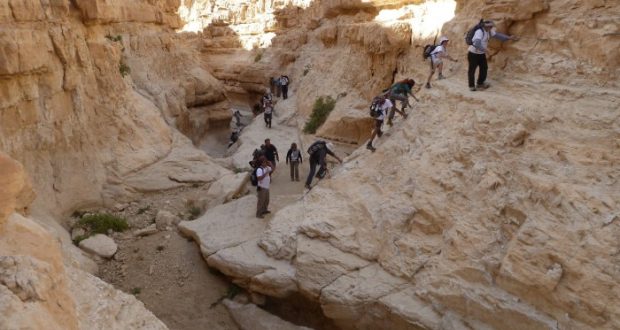 Trips during the Nine Days

Question: I run a camp for children under bar mitzva during a period that includes the Nine Days. We usually take them on trips off campus once a week. Is it permitted to do so during the Nine Days?

Answer: We will address the two main issues regarding activities during the Nine Days and/or the Three Weeks: danger and too much simcha.

Danger: The midrash (Eicha Rabba 1:29) relates the pasuk “All her pursuers caught up with her between the walls” (Eicha 1:3) to the dangers lurking for Jews during the Three Weeks. One of the examples, which the Shulchan Aruch (Orach Chayim 451:18) codifies, is going out alone (at certain times of day). It is hard to apply this concern practically. Since safety should always concern us, what should we add? Generally speaking, certain water activities, e.g., a beach or canoeing, are candidates of things to avoid during the Three Weeks. (We are not dealing with issues of swimming for Ashkenazim throughout the Nine Days, which requires its own discussion – see Rama, OC 551:16.)

Simcha: The mishna (Ta’anit 26b) states that we limit enjoyment from the beginning of the month of Av. Details of what this might entail are scattered throughout Talmudic and post-Talmudic rulings and minhagim. The Shulchan Aruch does not mention trips; the Rama (OC 553:1) opposes tiyulim on Erev Tisha B’Av, implying that it is permitted before that. However, the Rama apparently refers to strolling in simple places, not going to tourist attractions, which barely existed in his time. On the other hand, since nowadays people (especially children on vacation) regularly partake in recreational activities that did not exist hundreds of years ago, we would not forbid every moderately enjoyable activity during the Nine Days.

Given the above, it is not surprising that some sefarim, including Torat Hamoadim (R. David Yosef) mention a prohibition on tiyul only on Erev Tisha B’Av. On the other extreme, some cite Rav Chaim Palagi’s (Masa Chaim 4:3) statement that it was decided to not go to gardens, orchards and the coast throughout the Three Weeks. The common approach among contemporary poskim is to forbid (or at least discourage) significant vacationing specifically during the Nine Day. We would put it this way – these days are not the time for the type of recreational activities that one rarely partakes in (see Aseh Lecha Rav II:35; P’ninei Halacha, Zemanim 8:6).

Do these halachot apply to children under bar mitzva but old enough to understand the basics of practices of mourning? Children under bar mitzva are not obligated in the laws of mourning for relatives (Shulchan Aruch, Yoreh Deah 396:3). Yet, the Shulchan Aruch (OC 551:14) says that we do not cut the hair or launder children’s clothes before Tisha B’Av, and the Magen Avraham (ad loc. 38) explains that children of chinuch age are obligated in pre-Tisha B’Av mourning. To reconcile the sources, he posits that we are stricter about communal mourning (see also Igrot Moshe, YD I, 224). The Ktav Sofer (YD 172) says that chinuch does not apply to personal mourning because it is an irregular situation. According to this, since we have been mourning the destruction of the Beit Hamikdash for millennia, this is regular mourning that applies to children (Tal Livracha II:71).

Nevertheless, age can still play a role. First, there is a machloket whether children are restricted throughout the Nine Days/Three Weeks or only during the week of Tisha B’Av (see Mishna Berura 551:82). Also, there is more room for leniency for children in borderline cases. More fundamentally, children need more recreation than adults, and on matters not included in a defined prohibition but of a more subjective nature (i.e., too much simcha), an activity might be appropriate for a child and not for an adult. Nevertheless, it is important to educate children that the Nine Days is a more solemn time, and this should play a role in the choice of activities. So, there should not be trips during the week of Tisha B’Av (not applicable this year), and good judgment should be used throughout the Nine Days.