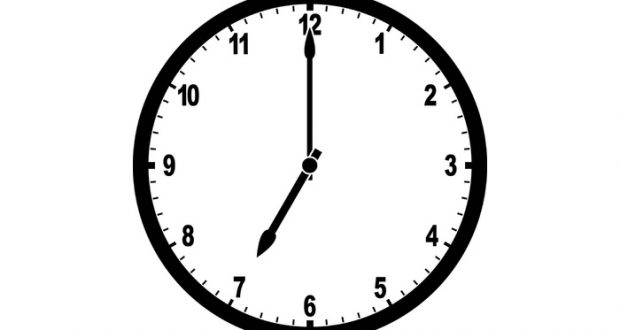 During the summer, many wish to eat the Shabbat evening meal well before dark. To accommodate them, many shuls offer early Friday evening services. Some daven Mincha right before plag ha-mincha (1 ¼ halachic hours before sunset) and immediately thereafter recite Kabbalat Shabbat and Maariv. Others begin Mincha at a set time all summer long – often 7:00. Are both options halachically valid?

Some poskim vociferously oppose the fixed-time minyan,[1]See, e.g., Mishnah Berurah 267:3 and R. Mordechai Willig, Am Mordechai, Berachot 17:4. and one hears many rabbis and educated laymen nowadays passionately espouse this position. However, the fixed-time minyan can be justified; in fact, it has some overlooked advantages.

To better understand this issue, we must first examine the halachic basis for “early Shabbat” services. The Mishnah records a disagreement pertaining to the latest time one may daven Mincha on any day (not just Friday).[2]Berachot 4:1. R. Yehuda says one must pray before plag ha-mincha, but the Sages say the deadline is ha‘erev, “evening” (commentators disagree whether “evening” in this context means sunset or nightfall).

The Talmud Bavli explains that the cutoff point for Mincha also constitutes the earliest time one can say Maariv.[3]Berachot 27a. Thus, R. Yehuda permits reciting Maariv after plag ha-mincha even on weekdays, whereas the Sages forbid praying before “evening” even on Friday night. The Talmud permits one to follow either opinion.[4]Rishonim differ on how to interpret this ruling. Some say that one must choose to follow either R. Yehuda or the Sages consistently every single day—i.e., one may never daven Maariv before … Continue reading

When making early Shabbat, one davens Maariv before “evening,” following the opinion of R. Yehuda. Seemingly, then, one must daven Mincha on Friday before plag ha-mincha.[5]As explained in the previous footnote, some authorities rule that one who sometimes wishes to daven Maariv early, even if only occasionally on a Friday evening, must always daven Mincha before plag. … Continue reading In a fixed-time minyan, however, one usually prays Mincha after plag but Maariv before “evening.” In other words, one is simultaneously following the leniencies of both R. Yehuda and the Sages, which would appear to be self-contradictory (tartei de-satrei). Hence the opposition to such minyanim.

Historically, however, many Jews have held such “self-contradictory” prayer services.[6]Even on weekdays. See Tosafot, Berachot 2a, s.v. “me’eimatai.” This practice seems to have a basis in no less a source than the Talmud Yerushalmi,[7]Berachot 4:1. See Aruch ha-Shulchan, Orach Chayim 235:2. (Creatively, the Aruch ha-Shulchan claims that the Talmud Bavli agrees, but such a reading contradicts the Rishonim. It should also be noted … Continue reading which does not connect davening Maariv early with R. Yehuda’s opinion regarding the cutoff point for Mincha. According to the Yerushalmi, the timing of Maariv is flexible because it is theoretically a voluntary prayer (although we treat it as obligatory). Thus, even the Sages would place no restrictions on reciting Maariv before “evening.”

But even if the fixed-time minyan is justifiable, it seems that one should ideally favor davening at a plag minyan, in consonance with the simple reading of the Talmud Bavli. Is there any downside to doing so?

Many authorities would actually answer in the affirmative. The generally accepted approach nowadays is to determine plag ha-mincha by subtracting 1 ¼ halachic hours from the time of sunset. Many poskim, however, rule that plag is actually 1 ¼ halachic hours before nightfall.[8]This is part of the general disagreement as to whether one calculates the halachic hours (sha‘ot zemaniyot) from sunrise to sunset or from dawn to dusk. See a summary of the discussion in R. Chaim … Continue reading Thus, one who davens at a contemporary plag minyan might be reciting Maariv—and worse, the blessings over the Shema—too early.[9]Many Rishonim hold that when one davens Maariv early, one recites the Amidah only and waits to say the blessings on the Shema until after nightfall (see R. M.M. Karp, Hilchot Shabbat be-Shabbat, … Continue reading

While the common practice certainly has a strong halachic basis,[10]The fact that the standard chronometric device in the ancient world was a sundial, which obviously works only from sunrise to sunset, would seem to be an exceedingly strong support for the common … Continue reading one could argue that davening Maariv a bit later than the accepted plag—thereby making more likely that one will recite it in the correct timeframe—trumps the concern of tartei de-satrei.[11]In theory, one could schedule early Shabbat services straddling the later plag ha-mincha, but it is somewhat difficult to determine this time with exactitude (see above, note 8). In any event, this … Continue reading

There is also an ancillary benefit to services scheduled later than the normative plag ha-mincha. While a basic reading of the Talmud indicates that one may recite Kiddush any time after plag ha-mincha,[12]Berachot 27b, codified in Shulchan Aruch, Orach Chayim 267:2. Of course, it is preferable to wait until after the dawn-to-dusk plag ha-mincha to recite Kiddush even if one prays at a minyan that … Continue reading a minority opinion exists—held by some very early and weighty authorities—that one should wait until after sunset to do so,[13]Rav Hai Gaon categorically forbids reciting Kiddush until “kadeish yoma”—when Shabbat officially begins (Otzar ha-Geonim, Berachot p. 63,65). Halachot Gedolot holds that one may only recite … Continue reading or at least until shortly before sunset.[14]This is the implication of Rambam, Hilchot Shabbat 29:11. When one davens at a fixed-time minyan, one will generally arrive home later than if one prays at plag and will thus be in a better position to accommodate these opinions.

In a similar vein, many poskim recommend eating some of the Friday night meal after nightfall,[15]Mishnah Berurah 267:5. and one is more likely to wind up doing so if one begins the se‘udah after having attended a fixed-time minyan.[16]One potential problem with davening at a fixed-time minyan is running afoul of the prohibition to begin a meal within the half-hour before tzeit ha-kochavim, due to a concern of neglecting the … Continue reading

A practical downside of the plag minyan is the hardship it involves for those who live alone. Plag ha-mincha is the earliest time one can light Shabbat candles.[17]Shulchan Aruch, Orach Chayim 263:4. But see Responsa Eretz Tzvi 113. It should be noted that there is room to be stringent not to light candles before the later version of plag, but in a case of … Continue reading Thus, people without someone at home to light on their behalf would need to come to shul for Mincha (before plag), run home to light, then speed back to shul for Maariv. It would obviously be much easier if these individuals could light right after plag and then come to Mincha.[18]In my shul, the normal time for Friday night services in the summer is 7:00 p.m. But on weeks when plag ha-mincha is very late—it gets as late as 6:58 in New York—we delay the start of Mincha to … Continue reading

Both the plag minyan and the fixed-time minyan involve halachic tradeoffs. Each rabbi should choose the approach he finds more compelling and schedule services at his shul accordingly; the same applies to someone deciding which minyan in his neighborhood to attend. It should be noted that one can circumvent (almost) all halachic difficulties by praying at a Mincha minyan early in the afternoon and then davening Maariv at a fixed-time minyan, but this solution is impractical for most people.[19]There is also an entirely different method of making “early Shabbat,” which is to recite Kiddush and eat the Friday evening meal after plag ha-mincha and then pray Maariv after sunset or … Continue reading