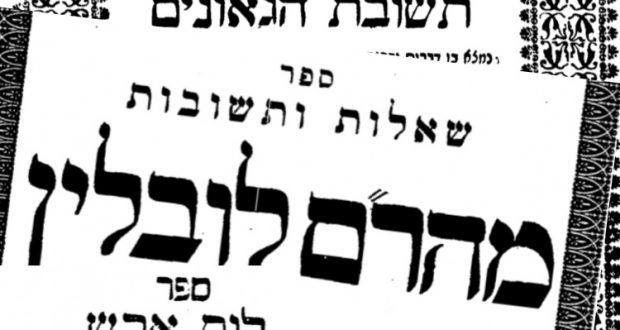 Do We Say God’s Name Correctly?

In the early seventeenth century, scholars who were both grammarians and Kabbalists debated the proper way to pronounce God’s name. The Tetragrammaton (4-letter divine name) is spelled in the Bible but not recited, generally speaking. Instead, we replace that name with the word meaning “master”, commonly pronounced A-do-nai. The disagreement over pronunciation affects the over 100 blessings and prayers we recite each day. Do we say them incorrectly?

The vowels in the Bible imply that first syllable should be vocalized with a sheva. When the first letter is yod, as in the Tetragrammaton, that works fine. But the replacement name begins with an alef, which is a guttural letter, and invokes the grammatical rule that a guttural letter cannot have an active sheva. Rather, according to Hebrew grammar, the alef should instead have a chataf pasach. Accordingly, the name should be pronounced A-do-nai (with a chataf pasach) even though the vowels in the biblical text imply it should be pronounced E-do-nai (with an active sheva, as we would pronounce it today).

Rav Meir (Maharam) Lublin (d. 1616), the great talmudist whose commentaries and glosses are included with the Maharsha in the Vilna Shas, reportedly said that the first letter in the replacement name should be pronounced with a sheva, which would mean that we would pronounce the name as E-do-nai. Rav Shabbesai Sofer (Maharshas) from Premissel (d. ca. 1640), a student of Rav Mordechai Yaffe famous for editing and publishing a siddur, inquired from Maharam Lublin whether the surprising report is correct. Do most people mispronounce God’s name in every blessing and prayer?

Maharam Lublin (Responsa, no. 83) replied in the affirmative. The Tetragrammaton is vocalized with Shacha”k — sheva, cholam and kamatz. Maharam Lublin argues that these same vowels should be applied to the four-letter replacement name, rendering it E-do-nai. The discussion revolves around the Talmudic interpretation of the biblical statement (Ex. 3:15): “this is My name forever (le-olam), and this is My memorial unto all generations.” The Gemara (Pesachim 50a) explains:

Maharam Lublin quotes his grandfather, Rav Asher the chief dayan of Krakow, who wrote in an unpublished Kabbalistic book on the prayers that God’s replacement name should be pronounced with Shacha”k. He brilliantly points out that these are also the vowels of the word le-olam. We conceal the letters of the divine name but maintain the vowels.

In 1707, a short book — Teshuvas Ha-Ge’onim U-Ma’aseh Rav — was published containing correspondence on this and one other subject. The first responsum seems to be from Rav Pesachiah of Nicholsburg. He agrees with Maharam Lublin that the replacement name should be pronounced with Shacha”k. He asked how Jews in biblical times, when hearing a prophet speak, could know whether the prophet was referring to God or merely a human master. If the replacement name sounds exactly like the equivalent, non-divine word, people would get confused. In particular, when writing the prophet’s words in a scroll, a scribe has to have proper intentions when writing God’s name. How is the scribe to know whether the prophet meant a holy or mundane word? Rather, answers Rav Pesachiah, the words must be pronounced differently. The holy word is pronounced with a sheva at the beginning (E-do-nai) and the mundane word is pronounced with a chataf pasach (a-do-nai).

The book continues with a responsum from Rav Moshe of Krakow who argues to the contrary. He claims that even the holy word is pronounced with a chataf pasach, despite the sheva in the Bible. When the Gemara says that God’s name is not pronounced as written, it means that both the letters and vowels are not pronounced as written. In response to the question how people understood a prophet , Rav Moshe distinguishes between emphases. Someone saying the holy word emphasizes — stretches out a bit — the middle syllable (“o”) for Kabbalistic effect. In contrast, someone saying the mundane word quickly says the “o”.

The book continues with a responsum of Rav Meir of Levov, who champions the grammatical rules of pronunciation, according to which an alef cannot be vocalized by a sheva. The final responsum is from Maharshas, Maharam Lublin’s correspondent. He wrote back in astonishment to Maharam Lublin, who had written that grammar is not the primary concern in these issues. Maharshas responds that to the contrary, grammar is a foundation of the entire Torah. He quotes the Mishnah (Berachos 15a) that someone who recites Shema without taking care to pronounce the words properly fulfills his obligation bedi’eved, in a lesser way. Without following grammar, people cannot read Shema in the proper manner.

The book’s editor, presumably Rav Pesachiah, consulted the great Kabbalist, Rav Menachem Azariah (Rama) of Fano, who confirmed in writing that the name is pronounced with a chataf pasach (A-do-nai), not Shacha”k. Rav Pesachiah sent this letter to Maharam Lublin, who then retracted. Rav Pesachiah adds that he saw that their contemporary, Rav Yeshayah Horowitz (d. 1630), author of the Shelah, says that he grew up pronouncing the name with a sheva (E-do-nai) but then realized his mistake and changed his practice to chataf pasach (A-do-nai).

Rav Avraham Gombiner (d. 1682; Magen Avraham 5:1) quotes Maharam Lublin’s original responsum without noting dissent or the reported retraction. Most likely, he was unaware of the correspondence that was only published twenty years after his death. Perhaps he was unconvinced by a reported retraction without confirmation from Maharam Lublin himself. As Rav Shmuel Landau, the Noda Bi-Yehudah’s son, argued over a century later, retractions need confirmation in order to convince.

Despite this, perhaps due to the other views, in 1729, Rav Ya’akov Emden (Lu’ach Eres, vol. 1 no. 7) wrote that the matter had been concluded that the replacement name is pronounced with a chataf pasach, and that even Maharam Lublin had retracted. Similarly, in 1785, Rav Chaim Yosef David Azulai (Chida, Machazik Berakhah, Orach Chaim 5:1) quoted this debate as concluded against the Maharam Lublin’s responsum. More recent codes, like Mishnah Berurah (5:2) and Kaf Ha-Chaim (5:7), rule likewise that the name should be pronounced A-do-nai.