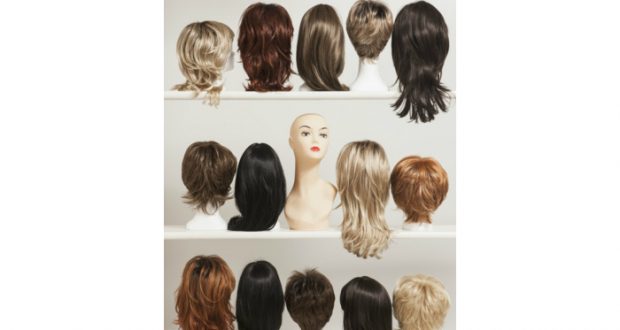 I wish Star Wars was right when it said only a Sith thinks in absolutes, when in fact many of us fall into the trap, especially in our characterizations of rabbis. One of the ways in which I have been surprised as I’ve studied responsa has been in the nuance I have found in the writings of respondents whose reputations painted them with a broad brush.

Shu”t Chatam Sofer 1; Orach Chayyim 36, dated 16 Sivan 1839 (six months before he passed away) offers an example. He takes what could easily be labeled a stringent position on women’s hair covering, yet his reasoning leaves ample room to wonder whether he would have continued to rule the same way in other circumstances. Let me show you what I mean.

Hair as a Type of Nakedness

He starts with Berachot 24a, where R. Sheshet tells us a woman’s hair is ‘ervah—the word most easily translates as nakedness, although the responsum assumes more specific connotations.  R. Sheshet bases himself on Shir Ha-Shirim 4;1, which praises a woman for her hair (since the man focuses on the woman’s hair as a feature of beauty, hair must be a body part which, if uncovered, will distract him during the recitation of Shema, the topic of the Talmudic discussion).

Rosh thought the Gemara referred to married women, since unmarried women did not cover their hair [Chatam Sofer will not follow up on the implications for a society where married women as well do not cover their hair; we will get there]. Beit Yosef Even Ha-‘Ezer 75 mentions Rashba’s further leniency, based on married women’s tendency  to leave a few strands (or a thin line) of hair outside their hair covering. Their husbands are accustomed to seeing those hairs and can recite Shema even when they are visible.

How to Cover the Hair

Rashi reads “mi-ba’ad le-tzamatech, behind your veil” as a description of her hair (in contrast to the English translations I saw, which think the veil in the verse covers the beloved’s eyes, praised just before, and her hair is praised for being like flocks of goats). Rashi thinks the verse praises her hair and her modesty, shown by her keeping her beautiful hair tied up.

Rashi refers to one way of covering or keeping her hair in check, where Chatam Sofer sees two ways in the verse, the ordinary hat (which he assumes is there, as far as I can tell), and the further veil or tie she wears to ensure no unusual hairs slip out. Chatam Sofer understands Rashba to have permitted only the random hairs which slipped out of the second covering, because the husband does not pay attention to them.

The Way of Jewish Women

The other Talmudic passage relevant to women’s hair covering appears on Ketubbot 72a, where a Mishnah discusses dat Moshe, the ways of life prescribed by Moshe (really, the Torah), and dat Yehudit, the common practice of Jewish women. Violation of either standard opens a wife to being divorced with financial prejudice, meaning she loses her ketubbah, the payment Chazal instituted to safeguard her from being summarily ejected from a marriage. The Mishnah says dat Yehudit prohibits a woman from wearing flowing hair in public.

The Gemara questions the Mishnah’s characterization, because Bamidbar 5;18 says the sotah ceremony, which checks the fidelity of a woman who has given her husband legal cause to suspect her of adultery, should include the priest uncovering her hair. Married women ordinarily covering their hair seems to be a matter of Biblical law, not dat Yehudit.

The Gemara resolves the problem by positing two obligations, the Torah-level one of kalta, and the further step of dat Yehudit (the specifics are not as important; Rambam, Laws of Marriage 24;12 referred to a mitpachat and a redid, a kerchief and a veil, but Chatam Sofer understands the second level to be a hat).

Aside from how she covers her hair, the Gemara also discusses where she must do so. In her own chatzer, for example, the Gemara assumes no Jewish women bother to cover their hair. We ordinarily translate chatzer as courtyard, whereas Tosafot limit the permission to her room in her house. Shulchan Aruch Even Ha-‘Ezer 115;4 did not mention Tosafot’s stringency, speaking only of the second level of covering when she goes from one courtyard to another.

Chatam Sofer notes Ba”ch, who read Rambam as going further than Tosafot, having prohibited completely uncovering her hair even in the privacy of her own room, and Beit Shemuel both did expand the areas where she was required to cover her hair.

Chatam Sofer agrees with them, recommends such conduct as the proper course of action—a significant stringency for most women today—but his reasoning leaves room to wonder whether he would have ruled the same way in our times. Given the debate on the matter, he promotes following the conduct of most women, which in his time was to cover their hair even in their homes. He takes it as evidence kibbelu ‘alayhu, they’ve accepted this as proper Jewish conduct.

Magen Avraham enunciated an obligation to follow common practice unless and until one performed hattarat nedarim, the ceremony releasing a Jew from a vow (551;7, about whether one may do business during the nine days leading up to the fast of Tish’a B’Av).  The same applies to women’s common practice, says Chatam Sofer. Leaving home with only one covering certainly violates dat Yehudit, in his view, and justifies divorce with financial prejudice.

[Pay attention to how he bases himself on the practice of women in all places he knows, who cover their hair even at home. Were practice to change, or were we to find out there were many other Jewish women practicing in other ways, his rule would seem open to change as well].

Chatam Sofer knows of Shu”t Maharam Al-Ashqar 35, who responded to a questioner troubled by a practice he saw, women leaving a row of hair uncovered between their ears and forehead. Maharam infers from Baba Batra 60b the practice goes back to Talmudic times. The Gemara lists ways we can and should continue to remember the destruction of the Temple, and Rav says one such is bat tzeda’a. Rashbam and ‘Aruch dispute what Rav meant, whether women would burn off the hair (using lye), or would refrain from perfuming it as a sign of their lasting mourning over the Destruction. For ‘Aruch, they clearly left the hair uncovered.

Maharam thought a passage in Zohar supported his leniency; Chatam Sofer both disagreed with Maharam’s reading and thought we need not pay attention to the Zohar. ‘Aruch understood the Gemara to specifically contradict the Zohar, and whenever the Zohar contradicts the Gemara, we follow the Gemara [at the end of the responsum, he concedes he could have avoided seeing a contradiction between the Gemara and Zohar had he adopted Rashbam’s reading, but does not seem overly bothered].

Maharam further thought Ashkenazic women who come to visit Sephardic regions could follow Sephardic women’s more lenient practice while they were there. Ordinarily, a Jew who temporarily relocates must observe the stringencies of both places, whence s/he came and where s/he is currently. Maharam thought hair covering was different, because Ashkenazic women covered all their hair as a matter of what all women—non-Jewish as well—did in their home locale. In a place where the general standard allowed for more hair, there was no reason for them to continue to cover so much.

In Chatam Sofer’s world, non-Jewish women no longer covered their hair in public, which seems to open room for Jewish woman to take on a different standard as well. Chatam Sofer assumes, however (and quotes a Mahar”a Stein who had already taken this position), the women of his area decided to follow the more stringent view of the Zohar. While halachah would never have ruled this way, the women’s decision to do so turns it into a custom and halachic requirement.

Chatam Sofer uses the phrase minhag ‘oker halachah, custom uproots the law, where here the custom seems more to be asking more than required. Of greater interest to me, Mahar”a Stein said custom can uproot halachah when the custom bases itself on a passage in works such as Massechet Soferim or Semachot— Talmudic-era works not canonized in the Talmud. Chatam Sofer took for granted, without explanation, Zohar qualifies.

Machatzit Ha-Shekel (a supercommentary to Magen Avraham, who was also one of Chatam Sofer’s childhood teachers) gives the example of water left uncovered, which the Talmud forbade for worry a snake had drunk from it. No longer a worry for us, we drink such water.

Magen Avraham also thought only customs established by reputable authorities have the power to override halachah; customs which spring up popularly are errors, and need not be followed.

As I present Chatam Sofer’s conclusion, then, it’s one to think about carefully. He omitted material (in sources he cited) which could have shaped his own ruling differently, and based himself on practice current in his time, no longer in ours. For his time, general practice (among non-Jewish women as well) led him to conclude married women had to cover all their hair, even in their bedrooms, and to have a second covering when out in public. For our times, matters seem more equivocal, even from his perspective.