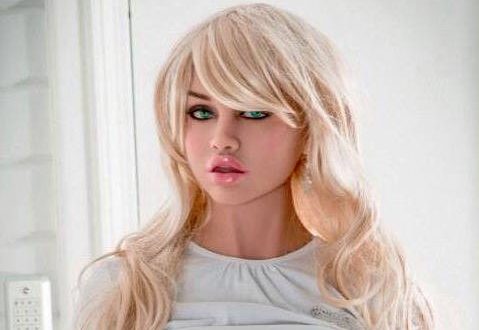 Japanese researchers continue making progress in producing lifelike robots that can engage in marital relations. As usual, technology continues to progress without consideration of ethics. From a Torah perspective, there are multiple reasons to oppose the use of these robots. On a marital level, these robots can be seen as spousal betrayal or at least neglect. On a halakhic level, they will generate forbidden thoughts and often wasted seed. On a public policy level, widespread availability of these machines could reduce the intimacy of marriages and delay the matrimony of many singles. All of these issues deserve further treatment. In this essay, I would like to focus on the less essential, but potentially more severe, problem of adultery. If a married woman uses the services of a lifelike robot, almost indistinguishable from a man, is she guilty of adultery with all the consequences it invokes?

I believe we can find an answer to this question in an equally surprising discussion of a woman who cohabits with a demon (sheid). Classical Jewish thinkers are divided over the existence of demons (sheidim). Those who reject the notion presumably would assume that a woman who claims to have slept with a demon is either delusional, gullible or dishonest. The halakhic argumentation begins with those who take her claim at face value. Does a demon’s human-like appearance render the act adultery or does its non-human status render it like relations with an animal or an inanimate object?

Rav Meir Lublin (Maharam, early 17th century, Poland; Responsa, no. 116) proves from the Gemara (Sotah 26b) that relations with a demon is not considered adultery. In reference to adultery, the Torah (Num. 5:13) says “and a man slept with her.” The Gemara says that the word “man” excludes relations with a child or someone who is not a man. The Gemara continues that Rav Papa explains that “someone who is not a man” refers to an animal. The Torah excludes anything that is not a man, which should exclude a demon also.

Rav Chaim Yosef David Azulai (Chida, 18th century, Israel; Responsa Chaim Sha’al, no. 53) quotes the Nachalas Binyamin (no. 63) who disagrees with Maharam Lublin’s lenient ruling. Tosafos (ad loc., s.v. limutei) ask how Rava, who believes that a woman who sleeps with an animal commits adultery, understands what the biblical phrase “someone who is not a man” excludes. The Nachalas Binyamin says that since Tosafos do not suggest a demon to answer that question, Maharam Lublin must be mistaken and sleeping with a demon is, indeed, considered adultery. Rather, the word “man” excludes a child and an animal, but nothing else.

The Chida defends Maharam Lublin’s conclusions on a number of grounds. In particular, Maharam Lublin already recognized that his approach answers Tosafos’ question.

Maharam Lublin’s descendant, Rav Chaim Rapoport (18th century, Poland), [1]He calls himself a grandson but Maharam Lublin died in 1616 and Rav Chaim Rapoport was born in 1699, so he was likely a few additional generations removed. argues that perhaps relations with a demon is more severe than with an animal (Responsa Rabbi Chaim Cohen, Even Ha-Ezer 8). The Gemara (Sanhedrin 58a) quotes the verse about the creation of male and female, “Hence a man leaves his father and mother and clings to his wife, so that they become one flesh” (Gen. 2:24). The Gemara learns from each phrase different rules about adultery within the Noachide framework:

Rashi explains that becoming one flesh means joining to create a baby, which is the one flesh. Since humans cannot have children with animals, such inter-species relations are forbidden. Rav Rapoport quotes this to emphasize the incompatibility of humans and animals. In contrast, the Gemara (Bava Basra 73a) quotes someone named Hurmin Bar Lilis. Rashbam (ad loc.) quotes an opinion that he was the son of a man and a female demon. Rav Rapoport suggests that relations with an animal do not constitute adultery because the act cannot lead to the birth of a child. However, relations with a demon can create a child and therefore are worse than with an animal and constitute adultery.

According to the consensus of halakhic authorities, a woman does not commit adultery by sleeping with a demon because demons are not humans. Like animals, they are considered inanimate objects for these purposes. I will defer to contemporary authorities when they voice their views but until then I suggest that similarly even lifelike robots, indistinguishable from humans to the untrained eye, would be considered inanimate objects in this context. For many reasons, these robots should not be used for these purposes, but they do not appear to cross the threshold of adultery.