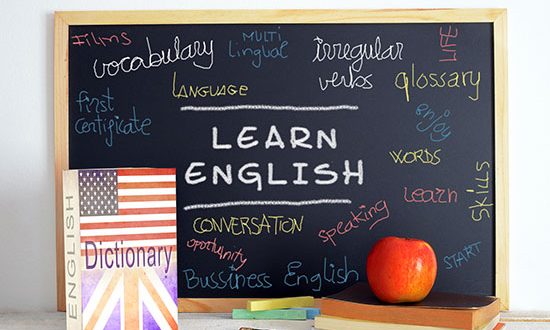 English Classes in a Yeshiva Setting

Posted by: Gidon Rothstein in Posts, Responsa May 3, 19 0

Jews place Torah at the center of their world, which often forces them to consider how best to confront or engage with other forms of wisdom. Shu”t Yabi’a Omer 7; Orach Chayyim 21, dated 27 Nisan 5748 (1988), takes up one instance. The Chief Rabbinate of Argentina wrote R. Ovadya Yosef about a yeshiva in Buenos Aires (Beit David), with eighty students. Many of the parents sent their children to study English in the evenings, as part of preparing them for their eventual work lives.  The classes, however, were in a non-Jewish coeducational school.

Worried about the impact on the students’ religiosity, the rabbis decided to provide English lessons on the yeshiva campus, after the end of the school day. Some people had objected, based on the Ben Ish Chai (a Sephardic halachic authority), who prohibited studying how to write or read another language in a Beit Midrash, a Torah study hall. [As we will see, he thought it out of line with the sanctity of the room.]

The rabbi writing R. Ovadya Yosef noted the Gemara permitted Torah scholars to eat and drink in the Beit Midrash, to avoid the loss of time incurred by going to eat somewhere else. English classes at yeshiva would also preserve their Torah study, in a few ways: they would not need to leave early to get to the other school, they would not have to interact with non-Jews (and girls) at too young an age, and they would be being prepared for a financially viable adulthood.

An English program would also make the yeshiva more attractive, might convince other parents to send their children there rather than a non-Jewish school. The rabbi reminds R. Yosef yeshivot in Aleppo (Syria) provided French lessons in the Beit Midrash itself, which makes him confident he’s right. He wants R. Yosef’s reassurances.

How We Must Treat a Beit Midrash

Megillah 28a prohibits many activities in a Beit Midrash, including kalut rosh (levity in the negative version—silliness or inane hilarity; later in the responsum, R. Yosef cites Meiri, who included financial discussions or negotiations as part of kalut rosh), eating, drinking, taking any form of pleasure or benefit (which Rashi explained as beautifying oneself, such as women doing hair or makeup), or pleasure strolls.

R. Asi there notes study halls in Bavel were built with the explicit condition they could be used for additional purposes, excluding kalut rosh [we tend to include this condition, leading many of us to forget the limits which still apply; kalut rosh, e.g., is never allowed].

Rambam recorded these ideas in Laws of Prayer 11;6. He did allow Torah scholars and students to eat there mi-dochak, which Kessef Mishneh understood to mean Rambam took the Talmudic discussion to have permitted such eating as a concession to a need, not problem-free behavior.

Rashba and Ran seem to have understood the Gemara to more wholeheartedly permit Torah scholars’ eating in a Beit Midrash. Ravyah and Meiri thought the Gemara accepted other uses for Torah scholars as well, the condition when building study halls and prayer venues meaning they could use the rooms for shelter from rain or sun, and sleeping.

Magen Avraham went the other way, thought the need had to be significant to allow eating, such as his having to otherwise go all the way home, too much of an interruption. A Torah scholar who had nearby food options would not be allowed to pop into the Beit Midrash to eat lunch. Shibbolei Ha-Leket and others disagreed, since community guests ate and slept in the local shul [the source of our custom to make kiddush in shul Friday night].

Mixing Other Subjects with Torah Studies

More directly on point for our issue, R. Hai Gaon permitted teaching Arabic script and math as part of students’ course of Torah studies (he specifically opposed including non-Jewish children, to the extent it could be avoided without causing tension). Binnah Le-‘Ittim (and others) suggested R. Hai thought it was part of fulfilling a father’s obligation to equip his sons with the way to make a living. At this point, R. Yosef wonders why they should bother with whether teaching them English at the yeshiva will facilitate their Torah study; they seem to have enough reasons to allow it anyway.

He suggests the answer lies in the fact only fathers are obligated to train their children to make a living, not the community at large, which means we need more reason to let us use a communal space for those purposes. Choshen Mishpat 256;1 drew between kinds of teachers which he thinks makes the point as well.

Shulchan ‘Aruch ratifies the right of courtyard residents to object to one of their number opening a school for non-Torah subjects, because the students will make noise. We would ignore similar complaints should the teacher be teaching Torah, which is a full-fledged mitzvah to teach.

But Not In a Yeshiva

Still, many authorities objected to using the grounds of a yeshiva for such purposes. To counter, R. Ovadya Yosef notes Shabbat 12a allows arranging a child’s secular education (teaching a profession) on Shabbat. In Israel, too, schools allow certain secular subjects on yeshiva grounds, without objection. And in Argentina, some still wished to follow Magen Avraham, to allow the classes only if there was no other room.

Seridei Esh was asked a similar question when the Nazis, their names and memory should be blotted out, prohibited Jewish assembly anywhere other than inshuls. Could a shul host lectures on non-Torah topics, ways to make a living, morale-boosters? Seridei Esh discussed the issue at length, but was in the end willing to allow only activities with some inherent mitzvah quality.

Shu”t Rav Pe’alim (by R. Yosef Chaim, author of Ben Ish Chai) was so sure no one would permit teaching such subjects in a Torah study hall itself, said R. Hai had allowed such classes only in a side room. R. Ovadya Yosef disagrees, says Shu”t Rav Pe’alim imposed his own ideas, added a stipulation not found in the original.

The question ad arisen often, rabbis coming down on each side. People from Djerba had asked R. Ovadya Hedaya about having a Torah teacher take Fridays to teach writing, math, and French. R. Hedaya rejected the idea, but R. Meir Mazoz had shown R. Ovadya Yosef a lengthy reply by his late father, R. Matzliach Mazoz—who founded a yeshiva in Djerba— arguing in favor. (R. Yosef, no stranger to lengthy responsa, comments on the length, how he had not had the time to more than dip into it).

Sum total, R. Yosef thinks there’s enough room, based mostly off Or Zaru’a’s idea we build all such structures outside Israel as multipurpose rooms. He is happy to add his name to the ruling of the rabbi from Buenos Aires, until such time as they can expand the yeshiva, and build separate rooms for non-Torah studies.

2019-05-03
Gidon Rothstein
Previous: No One Is Excluded From Teshuvah
Next: Books Received