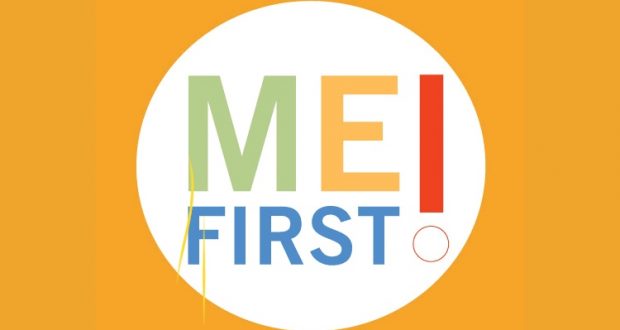 Is a woman allowed to marry before her older sister? This opens many emotional issues, as the anxiety over marriage grows as a single person ages. Perhaps the younger sister should wait in order to avoid causing her sibling pain. On the other hand, if the older sister takes too long, the younger sister will suffer without any control over he future. What do tradition and halakhah say about this?

Ya’akov worked seven years for the hand of Rachel. However, Lavan tricked him into marrying Leah, explaining afterward, “It is not so done in our place, to give the younger before the first-born” (Gen. 29:26). But should Lavan’s practice serve as the basis for a Jewish custom? Since Ya’akov knew that Rachel was younger and still planned on marrying her despite Leah’s single-hood, should that serve as proof that a younger sister may marry first?

Rabbeinu Tam (Tosafos, Kiddushin 52a s.v. ve-hilkhesa) was asked the following question: A man gave a ring in marriage to a father on behalf of his daughter but did not specify which daughter. To which sister is he married? Rabbeinu Tam says that if there was any indication which daughter the groom preferred, or which the father desires to marry the man, that decides the question. However, even without any indication, we can assume that the father wanted to give the older daughter because “It is not so done in our place, to give the younger before the first-born.”

R. Menachem of Joigny, Rabbeinu Tam’s bold student and possibly the grandfather of these two women, [1]See Ephraim Urbach, Ba’alei Ha-Tosafos, p. 148. objects to the conclusion that the oldest daughter is married to the man. Rather, he argues that this is a case of a man marrying two sisters at the same time. According to Rava neither are married and according to Abaye both need a divorce. Rabbeinu Tam conceded that his student was correct.

However, despite Rabbeinu Tam’s reversal, the Tur and Shulchan Arukh (Yoreh De’ah 244:13) rule that regarding marriage, age takes precedence. The Bach and Shakh (ad loc., 13) explain this as meaning that when siblings need to marry, the older one goes first. In other words, a younger brother or sister must wait for their older sibling to marry before marrying as a matter of respect.

II. When to Wait

The She’arim Metzuyanim Ba-Halakhah (145:39) quotes the Maharsham (Responsa, vol. 3 no. 136) as saying that this is merely a matter of proper conduct (derekh eretz) and not law. It is proper to allow an older sibling to marry first. However, when there is a real personal need, we can set this aside because it is not halakhah. Indeed, while an older sibling might resent a younger sibling who marries first, after a few years the hurt feelings might be strengthened on the other side. A younger sibling who has to wait quietly for years as friends marry, unable to proceed because of an older sibling’s challenges, may grow resentful as well. Because this is not law, it can be set aside to avoid pain .

Rav Yehoshua Leib Graubart (Chavalim Ba-Ne’imim, vol. 3 no. 78) goes further. He explains that this rule is the baseline practice for a parent marrying off children without preference — start with the oldest. Similarly, if a suitor arrives at the door and wants to marry one of the sisters, the older has the first right of refusal. Likewise if a woman wants to marry into a family of two sons, the older son takes precedence. But if a suitable mate is found for the younger sibling faster, there is no need to wait for the older before marrying because marriage is a mitzvah.

If you have the opportunity to fulfill a mitzvah, you do not forgo that opportunity because someone else may feel bad about it. Your mitzvah takes priority. A man is obligated to marry as part of the fulfillment of the obligation to be fruitful and multiply. If he can do that, he must regardless of his older sibling’s feelings. Even though a woman is not obligated to procreate for technical reasons, she still fulfills a mitzvah when marrying (and when giving birth). Therefore, her mitzvah takes priority over her sister’s hurt feelings.

Rav Moshe Feinstein (Iggeros Moshe, Even Ha-Ezer vol. 2 no. 1) takes this in a different direction, although for similar considerations. Because a person with the opportunity to perform a mitzvah must not delay, the rule we are discussing must address a case of conflicting mitzvos. Rav Feinstein suggests that the Bach and Shakh mean that when two siblings are engaged, the older should marry first out of respect. There are two weddings, two mitzvos, and one has to go first. Let the older sibling go first. But if only one or neither are engaged, then order does not matter. Whoever can get married, should do so regardless of anyone else’s feelings.