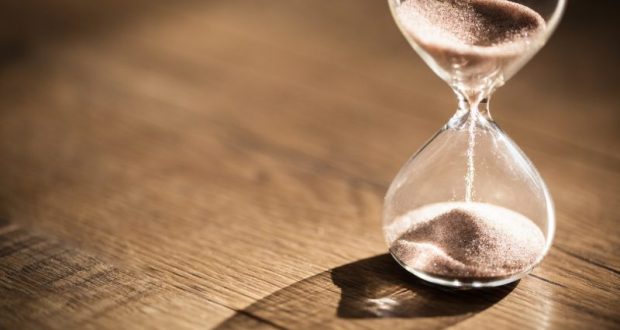 Waiting to Marry After Having Lived with a Non-Jew

Shabbat is RH Nisan; time to start reading As If We Were There: Readings for a Transformative Passover Experience. Transformative, that’s quite a bar!

28 Adar Sheni: R. Kook on Waiting to Marry After Having Lived with a Non-Jew

Lineage matters to halachah, which leads halachah to require a woman to wait three months between relationships. The break ensures we know the father, should she turn out to be pregnant.

Who’s Included in the Three-Month Decree

Shu”t Ezrat Kohen 14, dated 28 Adar Sheni 5673 (1913), responds to R. Uzziel, his counterpart as the Chacham Bashi (Sephardic Chief Rabbi) of Yaffo. A woman had been living with a non-Jew and now wanted to marry a Jew. R. Kook takes for granted the relationship with the non-Jew counts as concubinage (there’s no halachic way to create a marriage between a Jew and a non-Jew); Shulchan Aruch Yoreh Deah 67 makes clear a concubine also must wait three months before entering another relationship.

He pre-emptively rejects the argument women in concubine-type relationships avoid pregnancy; in his view [this raises questions of facts of women in his time as well as whether and when halachah prescribes assumptions about a certain population, regardless of what an accurate poll might show], a woman who enters an exclusive relationship with a man intends to get pregnant [I think this might easily have been true back then, since the expectation was that a man who got a woman pregnant would feel obligated to care for her. Today, too, some populations of women try to get pregnant, either because they have decided they want a baby or believe it will bind a man to them more closely].

Beit Shemu’el notes Rambam allowed women who had zenut relations–casual sex–would not need to wait three months, since they do carefully avoid pregnancy [that, too, presents interesting questions today, when some women become pregnant accidentally]. That does not help us much, because he thinks Rambam would include concubines in the three-month waiting period decreed by Chazal [later in the responsum, R. Kook mentions opinions which saw the waiting period as Biblically ordained.]

Later in the responsum, he also points out that many authorities require three-months regardless of the nature of the relationship.

How We Know She Wasn’t Avoiding Pregnancy

To count this woman as a concubine according to Rambam seems odd, since he held that only kings could have concubines (Ra’avad to Laws of Marriage1;4 disagreed). R. Kook does not think it matters; we are concerned with the woman’s experience of the relationship rather than the exact halachic definition. We expect she takes steps to avoid pregnancy in zenut situations, not ones she thinks of as lasting. Regardless of legal formalities, a relationship she thinks of as somewhat permanent will lead her to be happy to become pregnant.

Tosafot Megillah 13b shows the idea applies to relationships with non-Jews. They assumed Ester either used effective birth control or waited between her relationship with Achashverosh and with Mordechai (the Gemara assumes Mordechai and Ester were married before and maybe while she was queen). In our case, there’s more evidence for the possibility of pregnancy, since she had miscarried once in this relationship, and miscarried (I think—he says hipilah, which I guess could mean she got an abortion).

She claims they ceased relations some time before they finally broke up. We would ignore such a claim from a married woman, for whom the count starts only at the time of the divorce. R. Kook has been assuming we need to treat the woman in this case as a sort of wife (as held by Ran and Rivash, accepted by Shulchan Aruch), which should mean she also has to wait three months from when they separated.

On the other hand, we might argue the rule applied only to married women, who have a legal status which must end before we begin the waiting period. For a concubine, the rule could be more strictly practical, to be sure she is not pregnant. Were we to accept the distinction, we would need to know whether we can believe her about when the sexual aspect of their relationship ended.

Marriage Only Ends When It Ends

With marriage, we do not. Rambam, Laws of Divorce 11;21, requires converts to wait three months, including a yefat to’ar, a woman taken captive in war. Her Jewish captor must wait thirty days before having relations with her for other reasons (as laid out at the beginning of Parshat Ki Teitzei), yet Rambam specifies the thirty count towards the three months.

Were this purely a technical way to know she’s not pregnant, his point would have been obvious. That Rambam felt he had to say so means the decision could have gone the other way, halachah might have required three months plus thirty days, because verifying a lack of pregnancy is not the sole factor.

R. Kook thinks the idea especially true for a woman living with a non-Jew, the most legal form of relationship she can ever have with him, and therefore one in which we expect her to choose to become expecting. A Jewish concubinage couple arguably chose a lesser form relationship, concubinage rather than marriage, which would us assume she deliberately avoided pregnancy. This woman’s relationship was as close to marriage as she could get, which suggests she has to follow the protocol for a married woman, begin counting three months only count from when the relationship formally ended.

Were we to take a less stringent stand, accept the idea we can count three months from when their sexual relationship ceased, R. Kook is still not sure of the kind of evidence which would verify such cessation. In the case of a war captive, Rosh required assuming she had been raped whether or not we have testimony to the fact. In the captive case, he meant the three months can only start from the day she was taken; R. Kook notes Rosh wrote about testimony,implying the words of the captive herself are dismissed in such situations.

All the more here, where she admits she had had relations with the non-Jew, but wants to convince us it stopped long enough ago to allow her to marry now. When people have a stake in their claim, we approach those claims with great caution.

We might have thought her miscarriage would help, since couples generally wait to resume relations after a miscarriage (and they separated within that time). R. Kook does not accept the idea, first because he thinks we should treat this as a marriage, where the realities do not matter, we need the formal end of the relationship to start the three-month clock. In addition, he says we must assume the two did have relations, since these non-Jews are shetufei zimah, soaked in sexual immorality [Talmudic sources use the term for some or all non-Jews; I think R. Kook is casting aspersions on a specific ethnicity of non-Jew; he might have included her in the insult as well, based on her choosing to find a partner outside of the Jewish people].

He himself therefore sees no way out, but withholds final judgment until he can access the writings of Ran and Rivash, whose views on concubines underlie the whole discussion. [Here and in other responsa we’ve seen, ninety days bothers a couple so much they desperately seek to circumvent the rule, and it occasionally threatens the marriage—a man is committing to spending his life with a woman, but a ninety day wait is intolerable. It’s strange.].

R. Kook then turns to what I think is a different discussion, a man who wants to convert to Judaism, clearly only for the sake of marriage (this could be the man from the relationship we’ve been discussing, but it had seemed that relationship had ended, not paused for him to convert. I think this is a separate case). The man’s actions make clear he cares only about the Jewish woman he wants to marry, and Rambam, Laws of Prohibited Relationships 13;15, prohibits accepting converts who have any ulterior motives.

During the reigns of Kings David and Shlomo, their power and glory, the exalted international position of the nation as a whole, led courts to reject all converts, because it was too plausible they were trying to join winners. Some people found ways to convert anyway; Rambam says careful rabbinical courts viewed such people with continuing suspicion, of their sincerity and therefore the efficacy of their conversion, until they demonstrated their true attachment to observance.  [Note: if their conversion was insincere, it is ineffective, the person is not actually Jewish, a point I believe is very often lost today.]

Rabbinic courts should heed Rambam’s words, R. Kook thinks, and not follow the example of the hedyotot courts, the coarse and unlearned ones who facilitated those problematic conversions.

A More Stringent R. Kook Than We Like to Remember

He tells us he had been asked about such a case two years earlier, in Egypt, had been upset the local court accepted such a convert, and events proved him right—the “convert” left his wife, found a non-Jewish woman, stranding the Jewish wife as an agunah, abandoned and unable to marry anyone else. The rabbis involved wanted to retroactively nullify the conversion, which R. Kook did not wish to join (for all he was suspicious of the man’s motives when converting, he could not know he had been insincere; he might have been sincere and had a change of heart, which might be enough for him to choose to leave Judaism, but not enough for halachah to consider him non-Jewish. R. Kook here also reminds us we often convert people thinking we are helping a couple, without always considering the later ramifications if it goes wrong, and we cannot always fix those problems by taking back what we did before).

It’s a warning to R. Kook about non-Jews; I will put his comments more delicately, but he thinks many of those who say they want to convert are insincere (and, I think he means, do not care about our perspective), and do it for the sake of their momentary interest in a Jewish partner.

I notice this especially since it’s so different than the image of R. Kook often presented (I am not the first to notice R Kook was more stringent in his halachic rulings regarding the nonobservant than his more philosophical writings would suggest he would have been). Around his same time, rabbis in Europe (such as R. Chaim Ozer Grodzenski) were articulating what has become common practice, finding room to allow conversions despite our suspicion (and more) of the convert’s sincerity and commitment.

R. Kook was against, nor did he find room to allow the woman who had left her relationship with a non-Jew to marry earlier than strict halachah required.

2019-04-05
Gidon Rothstein
Previous: Rules Must Be Consistent
Next: Daily Reyd