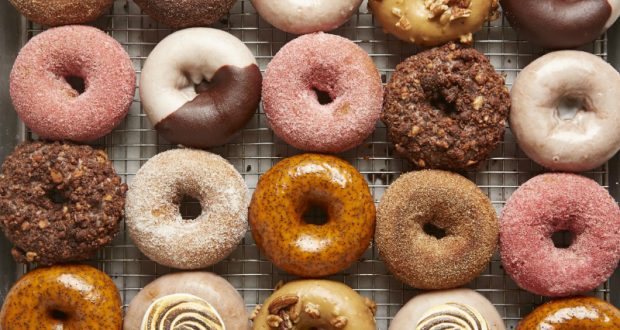 Taste of Chametz After Mid-Day of the 14th of Nisan

13 Nisan: Avnei Nezer on Taste of Chametz After Mid-Day of the 14th of Nisan

Faced with an innovative idea offered by a great Torah scholar, you and I might not feel comfortable disputing it (or, worse, might feel overly comfortable, when we’re not qualified). On the other hand, qualified Torah scholars properly test whether an idea passes muster.

Shu”t Avnei Nezer Orach Chayyim 359, dated 13 Nisan 5654 (1894), records the reasons R. Avraham Borenstein disagreed with Shu”t Noda Bi-Yehudah Tinyana Orach Chayyim 66. Because the Gemara derived the idea of ta’am ke-ikkar—taste of an item counts as if the original item is present—from the case of nazir, a prohibition whose violation incurs makkot, lashes, R. Yechezkel Landau, had suggested the principle does not apply to prohibitions with no possibility of lashes, such as non-kosher milk and eggs.

The man who wrote to Avnei Nezer extrapolated Noda Bi-Yehudah’s idea to chametz after noon of the fourteenth of Nisan. From then until nightfall, leavened grains fall under an issur ‘aseh, a prohibition inferred from an obligation [the Torah told us to do x, in this case to get rid of allchametz, which implies we may not eat any]. There, too, the taste of chametz should create no halachic problem.

A Mixture of Milk

Noda Bi-Yehudah had advanced his idea to explain a puzzling ruling of Sha”ch’s, who had allowed entrusting entrust milk to a non-Jewish messenger with only one seal. [Meat or wine requires chotam be-toch chotam, a double seal, because halachah worried the non-Jew might decide to use the Jew’s meat or wine—out of hunger or thirst, for example— and then replace it later. The non-Jew will think s/he has fully replaced the original, perhaps with better quality food, whereas we will now have non-kosher  meat or wine, without realizing it. The double seal makes the switch too burdensome for the non-Jew to bother].

Sha”ch’s critics noted his reasoning founders on the fact the two kinds of milk have different tastes. Ta’am ke-‘ikkar tells us the non-kosher milk is not nullified as long as its taste is present. Noda Bi-Yehudah argued Sha”ch must have held we do not say ta’am ke-‘ikkar for non-lashes-liable prohibitions, such as milk from non-kosher animals.

The Continuing Problems with Sha”ch

Avnei Nezer thinks the answer does not resolve the problems. First, Sha”ch (Yoreh De’ah 118;8) also invoked the idea of a majority nullifying in cases of min be-mino, mixtures of like items (such as two batches of beer, one of which happened to be non-kosher), to explain why the milk would not be a problem. Were Noda Bi-Yehudah correct, Sha”ch should not have mentioned the issue, since min be-mino frees us from worrying about ta’am; for Noda Bi-Yehudah, Sha”ch should not have brought up taste.

Noda Bi-Yehudah aside, Avnei Nezer struggles with Sha”ch’s mention of min be-mino, because the case was where the problematic material was more than a kezayit bichdei achilat peras (literally, an olive’s volume within a half-loaf of bread of the mixture; Rashi held this means a sixth, Rambam an eighth, based on their differing views of how many eggs are in a pras). More than a kezayit bichdei achilat pras is usually treated asta’amo u-mamasho, the taste and the original item itself are present. Sha”ch should have addressed the problem.

R. Borenstein therefore thinks Sha”ch focused on min be-mino despite the slight differences in taste because it lets us see the minority item as nullified as long as it’s a minority. If he is correct, Sha”ch does not help Noda Bi-Yehudah’s claim; min be-mino ignores any taste differences.

Problems for Noda Bi-Yehuda Himself

Shulchan Aruch Yoreh De’ah 66;3 mentions an egg with a blood-spot, where halachic authorities required sixty times the problematic egg to nullify it, a standard which bespeaks a taste problem. Avnei Nezer thought the egg would not be treated as blood itself, which obligates lashes; were Noda Bi-Yehudah correct, the one in sixty standard should not be relevant. [I must have missed something here, since the blood spot is what concerns us, and blood does lead to lashes].

He also thinks the passage in Mishneh Torah which led Noda Bi-Yehudah to his claim in fact refutes him. Laws of Forbidden Foods 3;6 says eating non-kosher milk and eggs is similar to eating less than a minimal amount of a prohibited item; both actions are Biblically prohibited, without the possibility of lashes.

The comparison to chatzi shi’ur, less than a minimal amount, hurts Noda Bi-Yehudah’s claim, since Chullin 98a says a chatzi shi’ur of prohibited fat will prohibit any mixture in which its taste is noticeable. Rambam’s linking the two seems to mean the taste of eggs and milk from non-kosher animals should also prohibit mixtures.

Avnei Nezer now also questions Noda Bi-Yehudah’s fundamental assumption, we would be more likely to pay attention to taste of items prohibited more strictly (incur lashes) than in less serious ones. A Mishnah in Zevachim 35a says one could not become liable for eating the sauce (rotev) of an animal which was pigul, notar, or tamei (karet prohibitions related to sacrifices: pigul refers to a sacrifice offered with the intent of eating it beyond the allotted time, notar to any part of a sacrifice left over beyond the allotted time, and tamei to a sacrifice which became ritually impure). Since rotev contains only the taste of the original animal, Avnei Nezer assumes the Mishnah tells us the principle of ta’am ke-‘ikkar does not apply to karet prohibitions.

The exclusion seems to mean ta’am ke-‘ikkar more likely involves lesser prohibitions, the opposite of Noda Bi-Yehudah’s logic. Ta’am might not affect pigul, notar, or tamei, but does affect prohibitions involving lashes, which should allow us to include all lesser prohibitions.

He mentions another case of this kind of logic, where a stringency which applies to one type of prohibition cannot be assumed to apply to a more serious one (the specifics would take us too long), and then adds the tantalizing comment “I have a wonderful interpretation of this passage of Gemara, which I cannot reveal in writing, only mouth to ear.” A reminder we cannot expect to find all knowledge, even important and valuable knowledge, in writing.

Saving Noda Bi-Yehuda From One Attack

For all his willingness to disagree with Noda Bi-Yehudah, Avnei Nezer does reject one argument his correspondent had leveled as a disproof. The man thought the case of matzah on Pesach shows ta’am affects even ordinary obligations. mChallah 3;7 allows using a dough mixed from rice and wheat for the mitzvah of matzah as long as the final product tastes of the wheat. Eating matzah is an obligation, a lesser level in the halachichierarchy than non-lashes prohibitions; were ta’am a factor for obligations, it should certainly be a factor for non-lashes prohibitions.

Avnei Nezer corrects him. The standard of the amount of wheat to be able to serve as matzah for Pesach focuses on whether the dough could become chametz, leavened; the Mishnah was telling us enough wheat to make an impression with taste also means there’s enough to leaven the entire mixture.

I’m skipping brief points on unrelated issues, then he says he has to keep this short (it was almost Pesach), before closing with a refusal to certify the man as a moreh hora’ah, an halachic decisor.  He compliments the man’s learning and insight, but thinks he’s too young, since Chaza”l cared about age for such positions.

He urges the young man to continue learning, and to bring clear proofs from the Gemara for any ideas he has (any time he does, he will not be being moreh hora’ah, deciding new law, he’ll be presenting how the Gemara and tradition always saw an issue).

As opposed to Noda Bi-Yehudah, for example, who was old enough and qualified enough to serve as a moreh hora’ah, with whom Avnei Nezerdisagreed on this particular issue.