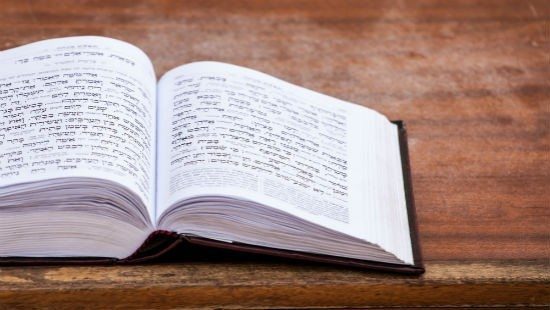 As a general rule, one is forbidden to make personal requests to God on Shabbat. This includes prayers for health and welfare. In fact, one who encounters a sick person on Shabbat is supposed to say “It is forbidden to cry out on Shabbat but may you have a speedy recovery.” [1]Shabbat 12a; YD 335:6. As such, not all authorities were in favor of reciting the “Misheberach” prayer on Shabbat for those who are moderately ill. Some rabbis have even called for the complete abolishment of Misheberachs on Shabbat. [2]Sheilat Yaavetz 1:64.

To rationalize reciting Misheberachs on Shabbat, it has been suggested that the Misheberach is not to be regarded as a direct appeal for the sick person. Rather, the Misheberach is to be viewed as an opportunity to perform a mitzva for the sick individual. This is why it is common to make a pledge to charity, or similar gesture, when reciting a Misheberach on Shabbat. With this approach, the mitzva is in honor of the sick person’s recovery. Additionally, some authorities suggest that only prayers which bring tears on Shabbat are those which are forbidden to be recited. The Misheberach, however, is a routine and standard text which is not known to evoke tears.

Nevertheless, some authorities recommend that one not recite a Misheberach, or even have one recited, unless it is absolutely necessary. [3]Magen Avraham 288:14. Other authorities recommend reciting a very abbreviated Misheberach prayer on Shabbat. [4]Shulchan Aruch Harav, OC 288. It is completely permissible, however, to pray for someone who is critically ill. [5]OC 288:10. Common custom nowadays is to allow Misheberach prayers as long as the phrase “Today is Shabbat and we are prohibited to cry out. May healing come quickly…” is included. [6]Magen Avraham 288:14; Mishna Berura 288:28. A similar version is said on Yom Tov.

Historically, when someone took ill friends and family would travel to a sage and request that he pray for the sick person. [7]YD 335:10; Ramban, Shemot 18:15. Indeed, one is encouraged to solicit the prayers of as many people as possible, requesting that they pray on behalf of one who is ill. [8]Mo’ed Katan 5a; Sota 32b; Shabbat 67a. There were a number of sages who were known to refrain from ever referring to someone as “ill.” Even when reciting a Misheberach, they would mention the name of the person without the title “choleh.” [9]Darkei Chaim V’shalom 220. See also Siddur Od Yosef Chai, Hilchot Misheberach. Other sages did not refer to people as “sick,” but rather, as “not healthy.” [10]Shaul Bachir Hashem p.190. We are taught that the sincere prayers of one who is ill are worth even more than the prayers of others on his behalf. [11]Bereishit Rabba 53:19.

2019-04-08
Gil Student
Previous: Professors In Favor of Yeshiva Education
Next: Plagues as Punishment and Education