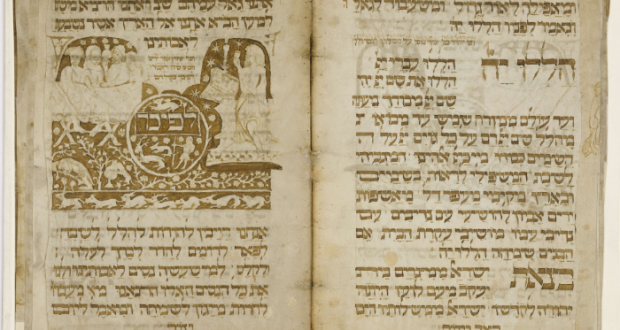 Hallel in Shul on Seder Night: Is Less More?

Some Jews just can’t get enough Hallel. Not only do they say it during the Seder; they say it beforehand as well, at the end of Maariv. Doing so, however, is not a universal practice. Many Jews recite Hallel on Pesach night only during the Seder. What is the rationale behind each of these customs?

While the Mishnah clearly references the Hallel that is part of the Seder,[1]Pesachim 10:6-7. it never mentions Hallel being recited at nighttime prior to the Seder. The practice to say Hallel beforehand first appears in the Tosefta,[2]Pischa 9:4 which rules that people who do not know how to recite Hallel themselves may recite it in shul before going home for the Seder. By reciting it at that time, they fulfill the mitzvah of reciting Hallel on Pesach night – even if not at its ideal time (which is during the Seder).

The Tosefta’s ruling, however, reflects the fact that in ancient times, written texts of any kind were scarce. Today, punctuated, printed Haggadot are ubiquitous; many even feature a vernacular translation. Since virtually everyone can read Hallel from a printed text, the Tosefta’s suggestion to recite Hallel in shul should seemingly no longer have occasion to be followed.

Furthermore, according to the Tosefta, reciting Hallel in shul is in lieu of reciting it at the Seder. Thus, the contemporary practice to say Hallel after Maariv in shul is doubly surprising. Not only is the entire congregation – all of whom could read it on their own – saying it; they are saying it in addition to the Hallel said at the Seder. How do we explain this practice?

The first explicit mention of a general custom to say Hallel in shul is in Massechet Sofrim, a post-Talmudic collection of liturgical and scribal laws:[3]Rabbenu David (Pesachim 118a) claims the Talmud Yerushalmi (Pesachim 10:1) references a custom to recite Hallel in shul regardless of whether or not it will be recited again at home. However, it is … Continue reading “It is a preferred practice (mitzvah min ha-muvchar) to recite Hallel on both nights [of Pesach] celebrated in the Diaspora, to recite the blessing on it, and to recite it pleasantly, to fulfill that which is said ‘let us exalt His name together.’[4]Psalms 34:3. And when one recites it at home, one need not recite the blessing since one already recited the blessing publicly.”[5]Massechet Sofrim 20:7.

It is curious that Massechet Sofrim is so enthusiastic about everyone reciting Hallel twice – in shul and at the Seder – despite the fact that the Tosefta considers reciting it in shul to be a less-than-ideal remedy for those incapable of doing so at home. Indeed, early codes of Jewish law, including those of the Rif and Rambam, do not mention saying Hallel in shul on Pesach night at all. Ashkenazic Rishonim similarly ignore Massechet Sofrim’s opinion on the matter.

But beginning around the 13th century, Spanish authorities eagerly adopted the custom to recite Hallel communally before the Seder.[6]Rashba, Pesachim 11b; Ritva, Haggadah; Rabbenu David, Pesachim 118a; Tur Orach Chayim 473. They note that in addition to constituting a public glorification of God (“let us exalt His name together”), Hallel in shul also has an added benefit:

Poskim disagree about whether or not one should say a blessing – i.e., ligmor (or likro) et ha-Hallel – before Hallel at the Seder. However, everyone agrees that one should recite the beracha if one says Hallel in shul (for whatever reason) and that this blessing would cover the Hallel said at home as well. Thus, reciting Hallel with a blessing after Maariv in shul allows one to avoid taking sides in the dispute over saying the beracha at the Seder.

Over time, reciting Hallel in shul on Seder night became the widespread Sefardic practice, codified by Shulchan Aruch; Ashkenazim, however, retained the custom to recite Hallel at the Seder only.[7]Shulchan Aruch and Rema, Orach Chayim 487:4. But since there appear to be some advantages to everyone reciting Hallel in shul, why don’t all Ashkenazim adopt this practice? Is there any downside to doing so?

Rabbi Moshe Sternbuch cogently explains the logic behind the Ashkenazic practice:[8]Haggadah Mo‘adim U-Zmanim pp. 50-51. The ideal way to fulfill the mitzvah of reciting Hallel on Pesach night is in conjunction with the third cup of wine at the Seder. If one has already fulfilled one’s obligation to recite Hallel prior to the Seder – i.e., in shul – the Hallel one says over the third cup won’t be the one that discharges his or her obligation to say Hallel on Seder night. Thus, this person’s primary fulfillment of the mitzvah will not be in the preferred manner – accompanied by the third cup of wine.[9]See also Responsa Meishiv Davar 1:13.

There are also more pedestrian reasons not to recite Hallel in shul: First, it’s proper to begin the Seder as early as possible to ensure that children (and adults!) remain awake for as much of the Seder as they can. Second, reciting Hallel twice in quick succession can result in familiarity breeding contempt – “liturgical overload,” if you will – and a lack of kavvanah during its recitation. (On the other hand, reciting Hallel before the Seder is useful for those who tend to doze off during its recitation at the Seder.)

Nevertheless, many Ashkenazic congregations do recite Hallel in shul nowadays. Chassidim, in particular, do so, having adopted many Sefardic practices endorsed by the Kabbalistic approach of the Arizal.[10]See Kaf HaChaim 487:40-42,45.

In Israel, the vast majority of Ashkenazic congregations recite Hallel in shul on Pesach night due to the influence of Sefardim and Chassidim. In addition, students of the Vilna Gaon formed the nucleus of the modern-day Ashkenazic community in Israel, and some report that the Vilna Gaon observed this practice.[11]Iggerot Moshe, Orach Chayim 2:95. This report, however, is difficult to accept since the classic works describing the practices of the Vilna Gaon omit any mention of it, and Bei’ur Ha-Gra seems to … Continue reading The Brisker Rav, however, refused to recite Hallel in shul even in Israel.[12]Haggadah Mo‘adim U-Zmanim, op. cit.

In the Chazon Ish’s minyan, Hallel was recited, but without a beracha – presumably so as not to totally do away with all aspects of the traditional Ashkenazic practice not to say Hallel. A blessing-less Hallel, however, poses a serious difficulty: one fails to take advantage of having the beracha on Hallel in shul cover Hallel at the Seder while simultaneously losing out on the advantages of reciting Hallel only at home.[13]See R. M.M. Karp, Mishmeret Leil Shimurim, p. 52.

Interestingly, a good number of mainstream American non-chassidic Ashkenazic synagogues have also adopted the custom of saying Hallel in shul on Seder night. In many cases, this practice is due to the influence of Rav J. B. Soloveitchik,[14]In other cases, it probably has to do with the fact that some founders of the synagogue were of Chassidic extraction but partially assimilated into mainstream American Orthodoxy. who encouraged his students in the pulpit to introduce the evening Hallel in their congregations if they could do so without causing strife.[15] R. Hershel Schachter, Nefesh Ha-Rav, p. 183.

Rav Soloveitchik’s suggestion to alter the traditional Ashkenazic custom is puzzling. The antiquity of this practice gives it much weight; the idea that it may be changed based on novel conceptual analyses of halacha is very difficult. Furthermore, Rav Soloveitchik’s position is diametrically opposed to that of his uncle the Brisker Rav, who insisted on maintaining the Ashkenazic practice even in Israel.[16]The position of Rav Soloveitchik’s revered grandfather Reb Chaim is subject to dispute: Some say that he opposed Hallel in shul (Ibid., p. 184); others report that he ruled that it should be … Continue reading

It should be emphasized that if an Ashkenazi is in a shul on Seder night that recites Hallel, it is imperative that he or she not show any disrespect to the local custom. One should listen to the berachot of the shliach tzibbur and recite Hallel with the congregation.[17]Responsa Iggerot Moshe, Orach Chayim 2:94. However, others rule that one should absolutely avoid reciting Hallel in shul. See R. Daniel Kleinman, Kovetz Halachot, Hilchot Pesach 18:4. If one is uncomfortable doing so, another option is to recite other prayers while giving the impression of participating in the Hallel, or to slip out of shul very inconspicuously.

To sum up: Talmudic sources indicate that, originally, Hallel was generally recited on Pesach night during the Seder exclusively; only in extenuating circumstances was it instead recited in shul beforehand. A post-Talmudic document, Massechet Sofrim, indicates a preference for the community reciting Hallel in shul in addition to everyone reciting it during the Seder. Beginning around the 13th century, Sefardim put into practice the directive of Massechet Sofrim. Ashkenazim, however, retained the apparently older practice to recite Hallel only at the Seder. Eventually, Chassidim and some other Ashkenazim, especially in Israel, adopted the Sefardic custom. Congregations that still maintain the custom not to recite Hallel in shul should not change their practice, since it is very ancient and eminently reasonable.