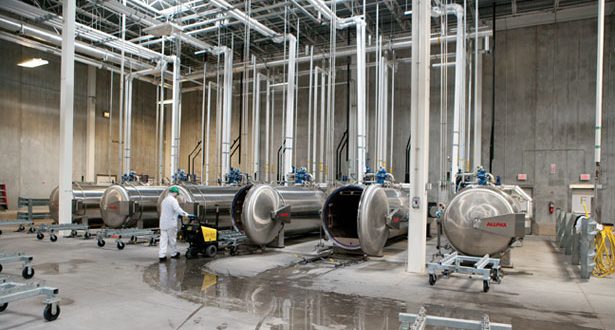 A public service announcement, if I may. With the advent of Adar Sheni, we think of Purim and the Pesach which soon follows. Three years ago now, I published As If We Were There, a series of readings starting with the first of Nissan and continuing through Pesach, along with a memoir of my father’s wonderful Sedarim (the email list to which these columns go is actually titled My Father’s Seder, since these are the people who were reading those chapters as I worked thorugh them). Now’s the time to purchase your copy—or buy some for friends!

[This is the first Adar Sheni since I recorded audio summaries of all the responsa we review in this series. As I’m re-editing this for publication, the audio is not yet up on the OU site, but should be here by the first day of Rosh Chodesh Adar Sheni.]

To ensure food is kosher, the Jewish community relies on mashgichim, supervisors who watch the production process to ensure the result meets halachicstandards. Hashgachah can happen at varying levels of care, however. We could imagine requiring a mashgiach oversee every part of making an item, at one extreme, or accept knowledge of the process as one with few likely pitfalls, and visit only very periodically to check this is still true.

Where in the middle of those extremes do kashrut supervisors need to fall? That’s the question R. Moshe Feinstein set for himself in Shu”t Iggerot Moshe Yoreh Deah 4;1, dated Rosh Chodesh Adar Sheni 5744 (1984). R. Feinstein was already aged by this point, and notes he had difficulty writing the responsum because of his weakness.

In an earlier volume (Yoreh Deah 1;55), he had allowed mashgichim to trust a factory which says it uses only vegetable (rather than animal) fats, because of the halachic principle uman lo mera umnutei, craftsmen (or tradesmen) won’t risk their livelihood. Were they to switch ingredients, they’d likely be found out, and suffer significant consumer backlash (one risk to their finances) as well as legal consequences (a second risk).

[As we’ll see below, R. Feinstein recognized circumstances where we cannot rely on these presumptions, such as large corporations whose factories are distant from Jewish habitation, giving them no reason to think they’ll be caught and/or are willing to bear the consequences.]

Low Levels of Supervision and Their Problems

The man writing R. Feinstein pointed out many mashgichim took his ruling to allow them to certify foods made in factories they’d never seen, based only on a phone interview in which the owner told them the ingredients of the foods made there. The practice seems to contradict R. Feinstein’s ruling in Iggerot Moshe Yoreh De’ah 3;8, requiring constant supervision for fish (I’m pretty sure he means canned), because factories take fishermen’s word for what kind of fish he has caught, with few or no legal consequences for misrepresenting the truth.

A better supervision is called yotzei ve-nichnas, the supervisor pops in from time to time. R. Feinstein had ruled it insufficient for fish, because the factory processes many batches of fish between visits, skinning them right away, making it impossible to tell what kind of fish they were; pop-ins work for long-term processes, where the mashgiach has a reasonable chance of showing up in the middle, to catch them if they are lying.

Supervisors also often slip into a clear and predictable rhythm of visits, which means the factory owners have a good sense of when they’re about to be inspected. The more regular the visits, the less the people fear being caught (if they’re cheating). Yotzei ve-nichnas built off the assumption the factory’s owners would not risk discovery, was the only reason we were satisfied with less than constant supervision. If the visits can be gamed, the reliability ofyotzei ve-nichnas goes away.

R. Feinstein explains the apparent contradiction. The responsum which allowed trusting non-Jews dealt with a situation where many Jews lived close, including the mashgiach, giving reason to believe he would hear of or find out any changes at the factory (such as substituting one fat for another). R. Feinstein would accept the mashgiach living elsewhere, as long as local Jews know who he is and how to contact him if they hear of a change.

With a plant far from Jews, though, we have to worry they’ll use the kosher ingredients when the mashgiach is around, (cheaper) non-kosher ones when he leaves. Phone check-ins cannot help, because the person on the other end of the line can lie. None of the reasons to believe everything’s ok—we’d find out, and/or businesspeople will not risk getting caught—do not apply, especially since only a skilled expert would detect the change in taste.

In those situations, the mashgiach must live close, show up frequently, irregularly, and suddenly, to keep the owner and/or workers off balance, always afraid of being caught should they try to slip in some non-approved ingredients or processes.

Large Factories Create Their Own Problems

Until now, R. Feinstein seems to have been discussing owners involved in day to day production, such that discrepancies between how he represents himself to the mashgiach and the facts will embarrass him were he to be caught in a life.

Owners of large manufacturing operations are often removed from day-to-day production, however, such that speaking to them about what happens may be futile or irrelevant. The problem is even worse because the person who is in charge cares only about producing quality items which will sell well for the lowest cost (because then the owner will make the most money, and be happy with this employee).

The owner might tell such an employee to live up to standards set by the mashgiach, but there is always a subtext of “do whatever it takes to make me the most money.” The unstated truer mandate undermines our ability to rely on what they report, or to expect them to avoid being caught by an unexpected visit. The money they make cheating might make it worth their while, even were they to occasionally be caught.

For such cases, R. Feinstein sees no option other than a mashgiach temidi, present all the time, who can wander around the factory without permission or clearance, able to stumble on or catch any malfeasance.

Later in the responsum, R. Feinstein will discuss the character needed to be a mashgiach; here, he mentions being a yerei shamayim, one who fears Hashem, to fuel the courage to declare an establishment non-kosher if they refuse him access.  He needs the plausible threat to revoke their certification to have confidence they will follow the rules. R. Feinstein wants a legally enforceable contract, and a mashgiach with the intestinal fortitude to act on these threats. Someone of more gentle temperament, loath to be unpleasant, cannot take this job.

The Rules the Mashgiach Must Set

R. Feinstein agrees with a point his son-in-law (yibadel le-chayyim tovim ve-aruchim), R. Dr. Moshe Tendler, Where the price difference between non-kosher and kosher ingredients makes it worth a company’s while to risk being caught, the mashgiach must find a way to make it harder to cheat.

R. Feinstein’s idea was to provide a list of approved suppliers, find out how much of each ingredient is used in making the food in question, then check their receipts to be sure they bought enough of those ingredients from the kosher suppliers.  With all that, he still has to watch, to be sure they’re doing what they said they’d do.

If not, he must remove the hashgachah.

He also has to set rules for hag’alat keilim, ways of removing the leftover taste, to be sure they don’t affect other items prepared in those pots, vats, or other containers. He apparently knows of those who claim leaving them unused for twenty-four hours is enough, since any taste left in them is then considered ta’am lifgam, taste dulled enough to not count as full taste. He disagrees, thinks we can rely on ta’am lifgam only bedi’avad, when such vats, pots, or vessels had been used accidentally after twenty-four hours.

Fully excising the taste from such large containers might be beyond the mashgiach’s expertise, and the government’s standards of cleaning aren’t the same as halachic hag’alah. The mashgiach may need to call in an expert.

With all the mashgiach’s responsibilities, his independence matters crucially. We want him immune to clients’ reviews, positive or negative, to protect him from feeling any need to curry favor with them.  His salary, too, should come from the certifying organization, not the manufacturer (not even a tip, which also fosters financial dependence).

Further, the certifying organization should be an absolute not for profit (which isn’t true of even the most reputable organizations today, I believe), so they, too, have no stake in giving the certification [they should be providing a service for those who want it, not building a business by seeking more clients, with all the complications that brings]. It might even be worse than an individual mashgiach, since he can be supervised by the professional and lay staff of the larger organization—if the organization as a whole is being seduced by money, who will step up?

R. Feinstein also lists areas of production to single out for special care—anything with lots of meat, fat, items for Pesach, anything made with fish already skinned, where the mashgiach must be there before and while it is being canned, to ensure the fish indeed had scales.

We don’t have space for a bunch of minor points he makes, but for two which I think must be included. First, R. Feinstein vigorously rejects using the principle of rov, that a majority of the fish caught are tuna, to allow us to certify a catch as tuna without really knowing. With cheaper fish out there, if fishermen realize we are not checking carefully, they will catch only those cheaper fish and make more money.

Second, when starting with a new client, R. Feinstein insists the certifying organization find a local Orthodox rabbi to be the man on the spot (to make the kind of irregular and announced spot checks necessary to forestall the food manufacturer from playing games).

Some, but not all, of the ways kashrut organizations must work hard to be able to confidently certify our food is kosher.