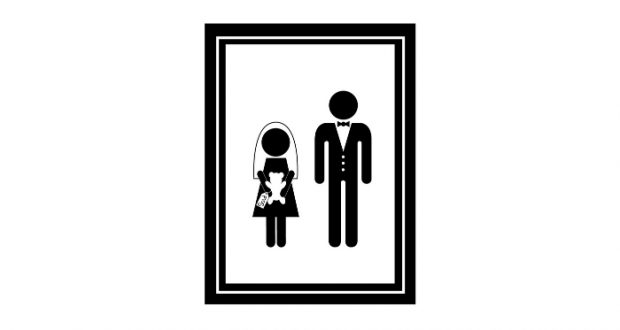 Although somewhat unknown, there is a concept in a halacha, known as “Keddushei Ketana,” which empowers a father to marry off his minor daughter, potentially against her will. Although the concept of marrying off a minor daughter is disturbing and socially unacceptable, it was commonly practiced in ancient times. In fact, the Torah instituted it for no other reason than to protect Jewish girls and increase their chances for marriage. Finding a spouse in ancient times was especially challenging due to social, religious, and financial considerations. A woman who was not married by her early teens was likely to have a very unsecure future. As such, the Torah gave her father the ability to scout out a potential spouse at an earlier age. Even when Kiddushei Ketana was performed, the “newlywed” couple did not necessarily begin living together immediately – they would wait until they were age-appropriate. Kiddushei ketana is not practiced today. [1]Kiddushin 41a.

About twenty years ago, the issue of Kiddushei Ketana catapulted to the forefront when a Canadian father claimed to have married off his minor daughter as a way to further torment his ex-wife. To make matters worse, he refused to divulge the identity of the man to whom he had apparently married off his daughter, unless his wife complied with a number of demands.

As a general rule, a woman may only marry a man whom she consents to marry. A minor, however, does not have the power of legal consent from the perspective of halacha. As such, the Torah allows a father to accept a betrothal on behalf of his daughter, which essentially means that he can marry her off. [2]Kiddushin 3b, 4a. The girl does not need to be present when her father accepts the kiddushin on her behalf. The father simply accepts the kiddushin item (universal custom today is to use a ring) in the presence of witnesses, and the daughter is married. [3]Ketubot 22a. The father alone is believed to say that such a ceremony had taken place. [4]Kiddushin 63b; Rambam, Hilchot Ishut 9:3; EH 37:20.

In recent times, especially following the case of Kiddushei Ketana mentioned above, halachic authorities have re-examined kiddushei ketana and its halachic legitimacy. [5]Teshuvot V’hanhagot 3:411; Shraga Hameir 8:100. A number of authorities have noted that a person who performs kiddushei ketana nowadays is simply an evil person and, in fact, advertising himself as such. This is especially true when the kiddushei ketana revolves around a messy divorce. It is also suggested that a man who claims to have married off his minor daughter in a kiddushei ketana-type arrangement should not be believed. This is based on the principle that “Ein Adam Maysim Atzmo Rasha,” which teaches that a person is not believed when he claims to have done something terrible. [6]Sanhedrin 9b; Ketubot 18b; Minchat Chinuch 296.

It is also noted that in a case of kiddushei ketana, such as the one mentioned above, the father is “nogaya b’davar,” which means that he has a personal agenda. The testimony of a person with a personal agenda is generally not believed in Beit Din. [7]See for example, CM 37 and Chatam Sofer, CM 1:76. Furthermore, there are likely also grounds to classify such a Kiddushei Ketana as a “din meruma,” a case where the deceit is apparent. [8]CM 15:3, 30:1. The Beit Din that heard the case of kiddushei ketana, mentioned above, did not need to thoroughly cross-examine him, [9]Rivash 266. and many criticized them for doing so. They could have simply refused to hear his case.