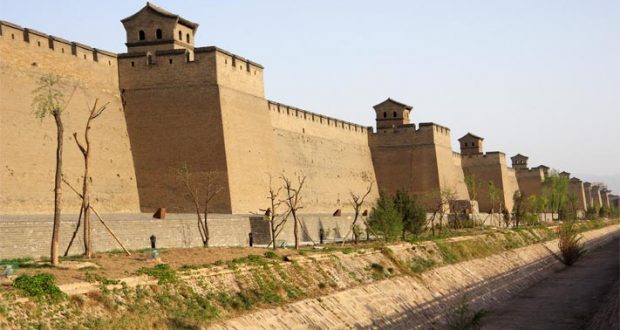 Since this responsum is about Purim, I don’t want to blur focus by mentioning my Pesach book As If We Were There (see what I did there?). Happy Purim!

In most years, 14 Adar is Purim, so few responsa are written on the date (true, 7 out of 19 years, we have an Adar Aleph in which to write a 14 Adar responsum, and anyone in Yerushalayim can write one, since Purim is 15 Adar there). For my larger project, a responsum unrelated to Purim on 14 Adar doesn’t matter, but for those who have a thing for relevance, I offer Shu”t Har Tzvi Orach Chayyim 2;118, [click for audio] which discusses issues related to Purim. The choice also offers us the rare pleasure of learning from R. Tzvi Pesach Frank.

The responsum is the first of a series he wrote on how to figure out when to celebrate Purim, in Yerushalayim and out, but we’ll only get to see this one. The question posed to him reminds us of a time when the experience of enough Jews in Yerushalayim and out, travelling from one place to the other, was still new enough for people to want to know how they should fulfill the obligation to hear Megillah, eat the festive meal, and the other mitzvot of the day.

The Fundamentals of an Underdiscussed Topic

R. Frank notes the paucity of clear direction in earlier sources. Shulchan Aruch Orach Chayyim 688;5 only repeated Rambam’s brief formulation, Rema stayed silent, and Mishnah Berurah also did not expound on the issues, the latter two perhaps because the question rarely arises outside Israel (we’ve seen a responsum of R. Eleazar Fleckeles about reading on both the fourteenth and fifteenth in Prague, but few if any cities outside Israel read only on the fifteenth).

In Yerushalayim, though, the question arises annually, so R. Frank has decided to review the topic fully. A Mishnah on Megillah 19a discusses a person from one kind of a city who finds him/herself in the other kind. According to the Mishnah, if the person still intends to return to his/her usual place, s/he fulfills Purim in line with the practice of his/her place, i.e. a ben ‘ir (person from an ordinary city) would celebrate on the fourteenth, a ben kerach (from a walled city) on the fifteenth.

Rava limits this to where the person intends to return on the night of the fourteenth, which sparked a debate about two issues. First, did he mean to include a ben ‘ir who found him/ herself in a walled city on the night of the fourteenth? The fourteenth has no Purim aspect in a walled city, which makes it unclear why the ben ‘ir’s Purim status should be affected.  Second, Rava’s language might imply an absolute standard for the person from a walled city. If s/he is in an unwalled city once they read Megillah, perhaps Rava obligated him/her to observe Purim with that city.

The Fourteenth Is Purim Only in Unwalled Cities

Rashi, followed by Ramban in his Milchamot Hashem (where he responds to Ba’al HaMaor’s comments on the Rif) and Ritva, Rambam (according to Maggid Mishneh and Kessef Mishneh), and Gr”a, thought Rava stated his rule only for people from walled cities who found themselves in an unwalled city on the fourteenth. They would observe Purim there, because their presence when Purim started turns them into members of the city for that year (even if they intend to return to their city by the fifteenth, I think he means).

Rosh, Ra’avad, Tur, and Levush held the view Ritva rejected, the fourteenth establishes everyone’s Purim status for that year. Vilna Gaon (688;5) thought a Yerushalmi disagreed. That Gemara said someone from an unwalled city (a perazi) who went to a walled city (mukaf) on the night of the fifteenth would have to read again.

He seems to understand Yerushalmi to mean only the fifteenth determines Purim status regarding a walled city, but R. Frank does not understand how the source says anything about what happens on the fourteenth. The Yerushalmi might have also thought someone in the walled city on the fourteenth would be treated as a mukaf for that year as well, and was adding a new fact, walled cities can re-obligate someone who arrives there the night of the fifteenth, despite their already having observed Purim in their original unwalled city.

R. Frank notes a Peri Megadim which seems to have ignored (or not known) this Yerushalmi, as did Meiri. The latter exempts a ben ‘ir, someone from an unwalled city, from reading Megillah again should s/he arrive in a walled city (in direct contradiction of the Yerushalmi) but then doesnrequire a ben kerach to read again if s/he returned to his/her walled city on the night of the fifteenth.

R. Frank does not initially understand how both could be true, the ben ‘ir is finished with his/her Purim obligations once fulfilled on the fourteenth, while the ben kerach might need to read again. He suggests the key to understanding Meiri lies in remembering Megillah 19a, where the Gemara notes how Ester 9;19 stresses “ha-perazim, ha-yoshevim be-‘arei ha-perazot.” The Gemara wondered why the verse would say “who live in unwalled cities,” which is exactly what the word perazi means. The unnecessary words tell the Gemara one can become a perazi for a day.

Usually, formal halachic residence takes thirty days’ presence, or a decision to reside permanently. Barring either of those, a Jew continues the practices of his/her official place of residence. When Megillat Ester told us Purim defined residence by where a person was that day, perhaps it focused more on the person in the unwalled city (the Gemara spoke mostly of perazi ben yomo, a resident of an unwalled city for a day). R. Frank adduces the well-established halachic idea, ein lecha bo ela chiddusho, we read innovative halachic ideas in limited rather than expansive ways.

A Jew from a walled city would become a prazi ben yomo, a citizen for a day, but perhaps the reverse isn’t quite as true; perhaps a Jew from an unwalled city, who has already fulfilled his/her obligation, would not be affected by then going to a walled city on the night of the fifteenth.

If so, Meiri now makes sense—arriving in a walled city on the night of the fifteenth would not re-obligate a resident of an unwalled city, but would for someone who generally lived there. The citizen of Yerushalayim who was in Tel Aviv on the fourteenth became a perazi ben yomo; as s/he returns to Yerushalayim the night of the fifteenth, s/he is back in residence, where it’s Purim.

[The discussion assumes the obligation of Purim is to join the city in celebration; the prazi fulfills his/her obligation completely with the unwalled city, and need not also join the residents of a walled city, even if s/he happens to be there. A citizen of a walled city does convert to a citizen of the unwalled city for the day; upon returning home, however, his/her city is celebrating Purim, as must each resident, regardless of what they may have done yesterday.]

Once Established, Have to Stay?

(I am skipping his quotation of a view of Rem”a mi-Fano, because he rejects it as oxymoronic, so we’ll leave it). Among those who think the fourteenth determines one’s status even for a walled city, Rosh and Ra’avad disagree about the ramifications. Rosh thinks the person need not stay in the walled city until the fifteenth (but would have to read on the fifteenth, wherever s/he was), whereas Ra’avad thinks he does.

R. Frank’s focusing on the views of Rosh and Ra’avad because Sefer Eliyahu Rabbah and Zuta are surprised at Beit Yosef’s adopting Rashi and Rambam’s idea, as if they completely rule the day. Since Rambam in the Mishnah commentary sounds more like Rosh, Seder Eliyahu Rabbah re-reads Rambam in Mishneh Torah, and assumes he, too, agrees with Rosh (which makes ruling according to Rashi and his camp less obvious).

As I said at the outset, this is the first of a series of responsa on Megillah-related issues, and R. Frank does not come to a clear conclusion here or in the next responsum, so we will end the discussion as he has, aware of different perspectives on what it is that establishes a person’s date of obligation for Purim each year.

2019-03-22
Gidon Rothstein
Previous: When Does a Negative Practice Become Binding?
Next: Daily Reyd