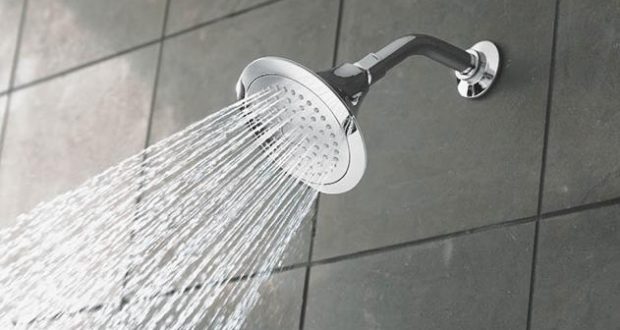 Can a Shower Substitute for Mikveh for a Man?

I won’t make a full blown pitch each time, but a reminder: As If We Were There (if you don’t know what that means, email me!)

7 Adar Sheni: R. Wosner on Whether a Shower Can Substitute for Mikveh for a Man

Although it’s less of a need than in a world without a Beit HaMikdash, some men today still immerse in a mikveh (ritual bath), either around the High Holidays (the more common custom), or as often as every day, to remove the impurity of ba’al keri (when a man has ejaculated). Shu”t Shevet HaLevi 1;24, dated 7 Adar Sheni 5727 (1967), responds to a R. Chanania Yom Tov Lippa Deutsch, author of a book on ritual impurity, who wondered if a shower could count where a mikveh was not available.

The Mishnah in Mikvaot 3;4 starts us off, accepting nine kabin of water (even she’uvim, piped water, ineligible as mikveh water) poured in one action over a ba’al keri as an alternative to immersion. R. Deutsch wondered whether a shower counts, or the drops must be seen as separate pieces of water, meaning the man never had the requisite amount of water poured at one time.

[For background, the current Sephardic Chief Rabbi of Israel, R. Yitzchak Yosef, in Erev Rosh HaShanah section of his Yalkut Yosef, allows a shower, and says the man needs to stand under the stream until 12.6 liters, or 3.33 gallons, cover him. The average shower uses 17 gallons.]

R. Wosner tells R. Deutsch he, R. Wosner, did not possess several of the books R. Deutsch had cited. I call attention to it because I continue to be fascinated by the issue of how broad a library various Torah scholars have—while some of our greatest scholars quoted a remarkably wide range of sources, others achieved great insight with a much more restricted set of books.

Some halachic actions require koach gavra, a human being pouring them. Several of the sefarim R. Deutsch had quoted [and R. Yosef] thought this was not an issue, but Talmudic stories imply the opposite. For example, the Mishnah in Mikva’ot speaks of using only as many as three containers to pour the water (with people bringing each new container, seamlessly), not four.

R. Wosner suggests the Mishnah might have focused on the question of multiple sources of water, where people had to be involved in switching streams, as a technical matter (how else did one arrange for different containers to pour water onto a person with no breaks?). Where the water all comes from one source, perhaps no humans need be involved.

With no firm textual Talmudic source, R. Wosner turns to Sefer HaEshkol, who pointed out men only have an halachic obligation to immerse when they want to enter the Temple grounds. While we lack a Temple, men who choose to immerse are being voluntarily stringent with themselves, the kind of situation where halachah often allows leniencies in enactment.

An Immersion Not Modeled on Torah Law

For one example, Sefer HaEshkol allows a ba’al keri not to wash his hair. Women who immerse monthly must make sure to remove all chatzitzot, foreign items which prevent the water from reaching everywhere on their bodies, including by washing their hair carefully. The Gemara nowhere mentions hair washing for a ba’al keri, showing Sefer HaEshkol it’s not needed.

Ordinarily, when Chazal promote a practice, they fashion it in line with the Biblical requirement, which should mean a ba’al keri, too, has to wash his hair. We know they treated ba’al keri differently, however, because they allowed using she’uvin, water transported to the mikveh in man-made containers. More, they created an idea, pouring nine kabin, which has no basis in Torah law. By telling us it suffices for a ba’al keri, Chazalimplicitly also informed us this immersion did not need to parallel Biblical ones.

From there, Sefer HaEshkol extrapolates to the idea the ba’al keri also need not concern himself with a chatzitzah over a minority of his body.

[R. Wosner presents Sefer HaEshkol as new and clinching evidence in a longstanding discussion among later authorities, about showers and nine kabin. With all due respect to Sefer HaEshkol and R. Wosner, I’m not sure all the acharonim, the later discussants, would immediately bow to his view; Sefer HaEshkol is not an authority of the halachic stature of other rishonim, and I could imagine acharonim finding ways to distinguish what he said from our question. Regardless],

HaEshkol’s citing the nine kabin as the basis for a leniency about chatzitzot shows R. Wosner he assumed we could apply it without restriction. Were we to rule strictly about some questions regarding the nine kabin—e.g., they must be poured in some specific way and/or via the agency of a human being—we could not reason to any other possible leniencies. Only if we allow nine kabin poured in any way could we say it shows other leniencies must also be allowed.

To explain why the man cannot immerse in this amount of water— if it’s all a big leniency, why must it be poured?–R. Wosner points to Meiri to Berachot 22a, who says Chazal held on to the original idea of immersion. Pouring this water will cover a person’s body at one time, making it a sort of immersion, the person fully covered with water at one point. Were the water in a container into which a person entered, there is not enough water to cover the whole person (modern mikvaot have over 500 liters or 150 gallons of water; even if we think that’s twice as much as necessary, as Wikipedia suggests, it’s still twenty times the 12.6 liters of nine kabin).

A Shower As a Container

R. Wosner also sees no reason to discuss whether a shower counts as a keli, a container. Those who held the pouring requires koach gavra, human agency, also thought the water had to come out of a keli, an halachic container (similar to washing hands before eating bread).

His brief comments on the question point to the brief impeding of the flow by the shower head (in controlling the pressure), with the counterbalancing downside of the holes in the shower head, which let the water drip. R. Wosner cites sources which suggest the possibility of placing our hands over the shower helps consider it a keli, but it’s again not an issue he engages fully.

He also notes quibbles he could have registered regarding HaEshkol’s phrasing, such as the exact reason a chatzitzah over the majority of one’s body presents a problem. HeEshkol speaks of it as interference, where R. Wosner could imagine it does not count as immersion, since most of the person’s body will not make contact with the water. He again does not see the conversation through because it’s not essential to his conclusion.

He does stress the water must come out quickly enough for the whole body to be covered by the flow, the only condition he places on a ba’al keri relying on a shower as a mikveh substitute, where necessary.