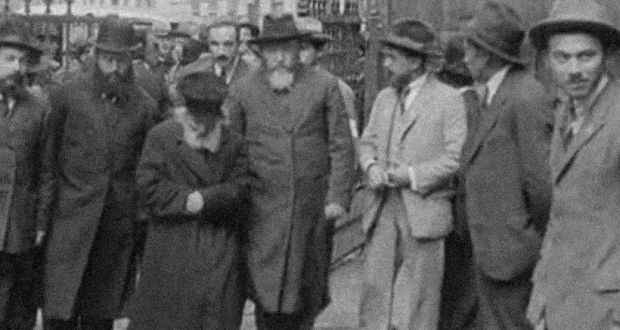 Antisemitism and Anti-Orthodoxy in the Age of Social Media

Professor Eliyahu Stern recently penned an article in Tablet Magazine in which he quotes my uncle Professor Gershon Bacon, among other scholars, to support his contention that Orthodox Jewry has some degree of tolerance for far-right antisemitism, and that this trend dates back over 80 years to the interwar period, no less. My uncle authorized me to state in public that Stern’s conclusions do not derive at all from his (Bacon’s) work. He also stated that Stern’s article is not actually a sincere attempt at detached scholarly analysis, but is rather a collection of cherry-picked sources designed to advance certain preconceived political assumptions. When I asked him if Stern had quoted his work out of context, he stated that it’s actually far worse than that: Stern doesn’t appear to understand the context of his work at all. In particular, Stern attempts to equate Agudath Israel’s support for the Polish nationalist Jozef Pilsudski with a supposed general Orthodox tolerance for fascist racism in general. This is an unfounded inference, since Pilsudski was, in fact, a relatively moderate center-right nationalist who actually opposed fascism, racism and antisemitism.

Stern also quotes a letter from a book by Professor Marc Shapiro in which German Orthodox leaders appealed to Hitler that communist Jews don’t represent true Jewry, and that traditional/Orthodox Judaism actually shares certain values with Nazism. Stern takes this letter at face value as evidence of Orthodox Jewish leaders “going out of their way” to identify with Nazi values. As Shapiro himself points out, this letter is obviously a sad and desperate attempt by a persecuted people to appease a strongman and to spare European Jews from persecution and murder. Stern conveniently omits this crucial aspect of Shapiro’s analysis. For Stern to take this letter as a face value expression of genuine Orthodox values is akin to a journalist visiting a southern plantation in 1860, being told by the black slaves how much they love their master and how they identify with white supremacy over blacks, and then reporting this conversation at face value as evidence of some sort of genuine sense of affinity and identification. Which is to say that Stern’s tendentious analysis on this point is not only ludicrous from a scholarly standpoint, it also constitutes a moral obscenity.

Stern also provides the following description of the letter, which is similarly abhorrent: “Orthodox leaders sought to find common ground with Hitler by demonstrating their own virulent hatred for left-wing and progressive Jews”. This is simply despicable. As we’ve just seen about this letter, the rabbis were condemning communist Jews specifically, and under extreme duress, no less. Throughout his essay, and not just here, Stern casually lumps everyone on “the left” into one ambiguous basket – from violent totalitarian communists to progressives. This is a common snarky talking point that one occasionally hears from those on the right, but it’s disingenuous for Stern to embrace such a trope to suit his rhetorical purposes. We’ve also seen how he lazily equates those on the center-right with outright fascists.

“Both parties held authoritarian, conservative, and pro-business platforms and favored strong charismatic and authoritarian leaders who appealed to religious symbols and traditional practices”.

This is shrewdly excerpted at this point. Since the reader has been misled into believing that Agudah has allied itself with the Polish equivalent of Hitler, Stern has now stooped to violating Godwin’s Law, the lowest form of intellectual discourse to which one can attain on the internet.

Moving from his analysis of the past to that of the present (Stern doesn’t even attempt to demonstrate a link through the decades between the alleged Orthodox view of the interwar years and that of today): In Stern’s opening paragraphs, he darkly claims that the various statements of Orthodox organizations in the wake of the Pittsburgh synagogue shooting (in October 2018) demonstrate that “none [of them were] prepared” to denounce white nationalism, since these statements do not specifically mention “white nationalism”. However, in August 2017 – a mere 14 months before the Pittsburgh shooting – the RCA, the largest group of Orthodox rabbis in North America, strongly and unequivocally condemned white nationalism and took what they called the unusual step of denouncing President Trump for equivocating on this matter.

But Stern’s thesis is that the Orthodox tolerance for white nationalist antisemitism harkens back to the 1930’s! The RCA statement of August 2017 demonstrates that this supposed sense of tolerance must have instead developed in the 14 months between August 2017 and October 2018.

These statements do all condemn hatred, bigotry and antisemitism in general terms, to be sure; just as the Orthodox statements do in kind. But none of them specifically denounces “white nationalism”, as Stern demands. Do all of these organizations have a tolerance for white nationalism? Perhaps what really accounts for this is that the main purpose of major communal statements in the immediate wake of such an internal communal tragedy is to express empathy for the victims and to condemn the act of violence in a concise and general manner, without delving into too much commentary. This is also why one wouldn’t expect to find an explicit condemnation of what Stern describes as “the demonization of Jews as avatars for progressive and left-wing politics”, which is a bizarrely specific sentiment for one to expect to find in such a statement.

Stern then quotes Professor David Henkin (full disclosure: Professor Henkin is a former congregant of mine, for whom I have great affection and admiration) to the effect that “many of Trump’s Orthodox supporters are the descendants (literally, in many cases) of Jews to whom the white nationalism of the post-1965 Republican Party was already resonating 30 or 40 years ago in debates about affirmative action, segregation, colonialism, and law enforcement.” This appears to be Henkin’s personal analysis, based on anecdotal experience, to which he is, of course, entitled. But he doesn’t provide data to back it up. A simpler explanation for why Orthodox Jews trend toward the right is because religious conservatism tends to correlate with political conservatism, as well as a perception that the Republicans are stronger on Israel. This is all borne out in the Pew Report.

Throughout his essay, Stern quotes only a single Orthodox rabbinic authority, R. Elchanan Wasserman, and proceeds to casually equate – repeatedly, and without any evidence or argumentation – the views of R. Wasserman with the position of “the Orthodox”, as such. The views of R. Wasserman as presented in the article are indeed troubling. But even on this count, Stern relies on embellishment, ambiguity, and distortion to make it seem far worse. In this regard, R. Aryeh Klapper, an esteemed scholar of Orthodox Jewish thought, wrote in a Facebook comment on March 15th: “I am in the process of writing, and hope to publish, a full response [to Stern’s essay] next week, focusing on clear mistranslations and misunderstandings of Rabbi Wasserman’s essay (without endorsing what it actually says – just that it’s unrelated to Stern’s thesis)”. Since R. Klapper will no doubt demonstrate these points far more cogently than I ever could, I will defer to his essay, which I eagerly await to read.

Professor Jeffrey Woolf, another renowned expert in Orthodox Jewish thought, also commented recently on Facebook (March 13th) about Stern’s thesis: “I don’t know which Orthodoxy he’s talking about…but it doesn’t reflect anything I’ve seen or studied”. He is correct. There is no single subset of Orthodoxy with which Stern’s supposed “Orthodox theory of antisemitism” actually resonates. Not with the Modern Orthodox, the Yeshivish, the Hasidic, Religious Zionist, Ashkenazi, Sefardi, American, Israeli, or otherwise. That’s because said theory is only the pretentious and mean-spirited contrivance of an Ivory Tower scholar designed to score political points in 2019. The fact that Stern also projects his manufactured theory backwards through time onto the personae of murdered Holocaust victims, who can no longer defend themselves, is also morally obscene. It constitutes an abuse of his powerful position as a tenured professor at Yale. It’s frankly puzzling that Tablet even saw fit to publish it.

Professor Stern clearly possesses a great scope of knowledge. He also seems to have grievances against the Orthodox community. It’s unfortunate that he chose to manipulate and weaponize the former in the service of the latter.