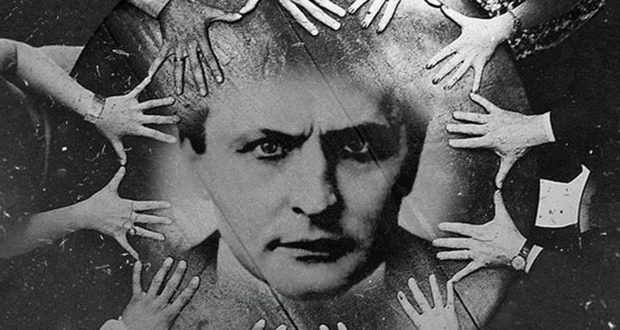 Starting in the mid-1800s, spiritism became a hot topic, particularly seances. On 9 Adar, 5672 (1912, showing how long the “fad” lasted), R. Kook was asked about the halachic issues involved, and he answered in Shu”t Da’at Kohen 69.

Distinctions and Their Value

Spoiler alert: Jews may not perform seances. The conclusion may be clear from the start, but R. Kook will tease apart for us the exact prohibition (his options are ov, a form of witchcraft/ divination the Torah mentions, or doresh el hametim, the Torah’s proscription of “seeking after the dead”), who is implicated (only the person performing the séance or also those who attend), and at what level (Biblical or rabbinic).

In terms of practical ramifications, were we to see a séance as doresh el hametim, with only the person performing the séance implicated (since only that person is committing the derishah, the inquiring), non-Jews might not be included in the prohibition, which would then mean a Jew might be allowed to go, or at worst rabbinically prohibited from going.

For those who think the Torah included non-Jews in kishuf, witchcraft, the Jew asking a question might violate lifnei iver, helping or encouraging someone else to sin, although again likely only at a rabbinic level (since the non-Jew could easily do the act without this Jew’s question).

The difference between Biblical and rabbinic matters in many instances, especially in cases of doubt, where we rule stringently on Biblical cases, leniently on rabbinic ones.

A Mishnah in Sanhedrin 53a tells us an ov speaks out of his/her armpit, although a baraita cited there includes any body part from which the medium claims the deceased speaks. As long as the early twentieth century mediums did not have the dead’s emanate from body parts, we’d be free of the ov worry, and can move on to doresh el hametim.

The Gemara defines a doresh as one who starves him/herself, then sleeps in a cemetery to induce or instigate visitation from an impure spirit. The discussion questioned why the Torah delineated more than one version of consulting the dead if it was going to prohibit the whole category. Since it answered with a specific practice which qualifies as doresh, R. Kook thinks only this form of derishah violates the Torah itself.

In his reading, R. Eliyahu Mizrachi (Re’em) agreed, since Haggahot Maimoniyot, Laws of Foreign Worship 11;13 quoted Re’em as exempting one who extracts an oath from someone who is ill to return after death to answer certain questions. Re’em distinguished seeking information from the dead themselves from seeking it from a spirit or voice.

Rambam disagreed. He thought lashes-liable doresh el hametim included using fasting or other methods to secure information in a dream, so interaction with the dead person himself was not necessary. Semag seems to agree with Rambam.

Nor should we be overly quick to assume Re’em permitted actions he said did not qualify as doresh. Rashi read the Gemara’s list of ov mechanisms as exhaustive, but Tosafot disagreed, which opens the possibility of seeing this search for spirit visitation as ov.

Shulchan Aruch Yoreh De’ah 179;14 permits extracting an oath from a living person to return, which understands Re’em to have differentiated based on the person’s being alive at the time of the request. Rema is more restrictive, limiting the permissibility to what Re’em said explicitly, where one asks the person to return in voice or spirit, with no connection to a body.

For R. Kook, the discussion shows a sfek sfeka le-issura, a double doubt which forces us to prohibit. First, Rambam includes it in doresh el hametim; were we to reject his view, Re’em and those who agreed with him might still see it as one of the types of asking of an ov.

But You Obviously Shouldn’t

After the technical discussion, R. Kook adds the answer true of many responsa. Regardless of what he can prove halachically, he dislikes partaking of such ceremonies through halachic stratagems which tread the line of impermissible, and are therefore likely to lead people astray.

Better, he says, to fulfill the Torah’s command “tamim tihyeh ‘im Hashem Elokecha, Be whole (and trusting) of Hashem,” in its fullest sense, leaving all non-human information for Hashem to take care of, leaving us to do what we can with what’s known here on earth.