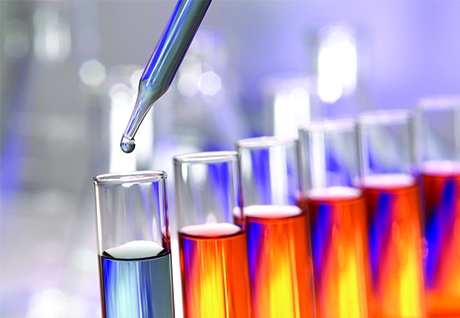 I grounded this series on the idea of finding responsa written on all the days of the Jewish calendar, as a way to minimize my input. Some readers still always assume I choose responsa which appeal to me, and blame me when the responsum espouses a position they dislike.

They misunderstand my goal, to sample as randomly as possible (with certain parameters, such as being of a length to fit this space, on a topic I am able to convey). I disagree with some of the resulting responsa, but I’m not a posek, an halachic authority, and few if any of you are, either. What was said by aposek whom the good people at the Bar-Ilan CD Responsa Project respect enough to include in their database is, to me, worth including in our random sample, as we try to build a sense of what’s common and recurring in halachah in general. Even if we disagree, even if we know of other poskim of equal rank who disagree. It’s Torah, worth learning.

I provide the trigger warning because my choice for 25 Shevat, Tzitz Eliezer 22; 55 (5756/1996) views artificial insemination in ways I suspect many will find at odds with their instincts. You may be right, especially since some of his factual claims may have changed over time; I still found his halachic analysis productively challenging, asking us to check whether our instincts are shaped by an alternate, equally plausible and valid approach to halachah or are based on having absorbed ideas which do not match halachah’s views, in any version.

The responsum serves another valuable purpose, because many people link Tzitz Eliezer to medical leniencies, such as the permission to abort a Tay-Sachs baby. Responsa such as this one remind us halachic authorities take each topic as it comes, are not machines of leniency or stringency, but students of Torah seeking the truth to the best of their abilities.

Strap in and see where we end up.

A Pidyon haBen Without a Clear Halachic Father

In early Tevet of 5756, R. Dovid Cohen, a still-living well-known rabbi and halachic authority in Brooklyn, asked Tzitz Eliezer about a pidyon haben, a redemption of the first-born, for a woman who was artificially inseminated.  An embryo from her ovum and the husband’s sperm was fertilized outside the womb, implanted in her uterus, which she carried to term.

The question starts with the Gemara’s reason to exempt a boy born by Cesarean from pidyon, his not having come out of the mother the way he was conceived.  Here, too the baby was implanted a different way than the birth happened, which might mean this boy, too, did not qualify as the kind of peter rechem, first-born of a womb, who needed redemption. R. Dovid Cohen thought it should not matter, the baby did still need redemption.

Tzitz Eliezer notes he had addressed the topic at length in an earlier volume, 15;45.  In a moment, he will refer to two other responsa (published after 15;45), and 15;45 itself refers to yet earlier of his responsa, showing us he had given much attention and thought to the question. He gives us a hint of where he’s heading when he says not to perform the pidyon with a berachah, because of problems with the baby’s lineage, which make him unsure halachah obligates the pidyon at all.

As he feels he proved in his responsa 19;40 and 20;49, with fertilization outside the womb, the only sure halachic parentage belongs to the woman who carried the fetus to birth, regardless of genetic connection. Halachic paternity in such cases is murky, if it exists, in Tzitz Eliezer’s view. He therefore thinks abeit din, a court, should also appoint the man redeeming the child [whom we colloquially call the father] their messenger [as representatives of the community, rabbinic courts are required to redeem first-borns whom the father does not; since he thinks we are unsure of the father’s identity, appointing this man their representative covers all bases].

His 1981 responsum, 15;45, addressed test-tube babies, and more forcefully rejected genetics as relevant to being an halachic parent, so let’s look at that.

The director of Shaarei Tsedek [where R. Waldenberg had an official position for decades and where, it bears saying, other of his responsa show him to have fully respected the endeavors of the hospital and to find feasible ways to do their jobs within halachah] asked him about a Ministry of Health decision to fund artificial insemination for infertile couples.  Prof. David Meir assured him the hospital would restrict the procedure to married couples, use only their sperm and ova.

The phrasing of the question shows Prof. Meir to have already been aware of Tzitz Eliezer’s sensitivity to using another man’s sperm, which he considered close to adultery by the wife, and halachah’s objection to tampering with the natural process where not absolutely necessity.

[Those two assumptions, already, run counter to the way many observant Jews of my acquaintance view the question.  When society solves a distressing problem, in a way non-Jewish ethicists condone, many Jews cannot accept halachah might say no.  Using anonymous genetic material, with no contact between the donor and the recipient, doesn’t feel like adultery, yet Tzitz Eliezer (and others, I believe) sees it as a significant issue.  The same applies to unnecessarily tampering with God’s way of working the world.]

And a Surprisingly Vehement Answer

Not so fast, responds Tzitz Eliezer.  [In an early draft of this summary, I placed my caveats about Tzitz Eliezer’s breadth of knowledge, careful process of halachic thinking, and openness to many new ideas here; in the current draft, I placed them earlier. You may want to re-read them]. He notes, first, some authorities opposed inseminating even a husband’s genetic material, part of why he recommended using all avenues for natural conception before resorting to insemination.

Those who permitted such insemination still debated whether to treat the procedure as a sort of act of marital relations, prohibited when the woman was a niddah (an issue for a woman whose problems stemmed from a window for conception which closed before she could go to mikveh). Were insemination different, allowed while halachah would still prohibit marital relations, her problems could sometimes be solved.  Yet some authorities saw what might look to us like an artificial act as halachically identical to marital insemination, and therefore prohibited whenever the act itself would have been.

A Matter of Trust

In the next paragraphs, Tzitz Eliezer raises another concern. While the Health Ministry agreed to use only the couple’s genetic materials for Shaarei Tsedek, it would use donor materials for any couples who did not mind (even, he says, misleading the husband, where necessary; while this might sound outlandish, a woman named Dani Shapiro, who grew up in an Orthodox family in New York, just recently published a memoir, Inheritance—which I have not yet read—which discusses her discovery, through a genetic test, that her genetic father was not the man she had always assumed. The fertility clinic her parents patronized in 1961 mixed the father’s sperm with other sperm to aid conception. They encouraged the couple to have relations before and after visiting the clinic, to increase the obfuscation around the identity of the father).

I think we have become dulled to the aspect of this which horrifies Tzitz Eliezer.  Part of the reason halachah cares about sexual propriety (only part, I stress) is to allow for clear genetic bloodlines.  Artificial insemination with unidentified donor material weakens that sensitivity. In addition, in Tzitz Eliezer’s view, once we know the Ministry has no qualms about creating babies with extramarital donor material, we cannot trust their assurances to respect our sensitivities (especially since he knows they sometimes mislead a husband about the materials used).

This reminds us trust depends on more than an assessment of the sincerity or morality of the other. Tzitz Eliezer wasn’t saying the Ministry was staffed by bad people, or liars, or cheats; he was saying their morality can easily lead them to handle a situation differently than we would want, all in the name of helping the couple.

His concerns about halachic lineage, which I do not have room to fully discuss, remind us we should not overemphasize genetics (as many Jews do, and as Tzitz Eliezer did in this responsum itself, where the mixing of genes was why he rejected the possibility of donor sperm). If the husband will not count as the father, halachically, this child will not count towards his obligation of having children; if the couple was choosing this procedure (as opposed to adoption, for example) to fulfill a mitzvah, Tzitz Eliezer thought they were acting futilely. We might define the obligation as producing children, but Tzitz Eliezer is confident it is to produce children to whom the man is halachically related.

Who Is Wise? He Who Is Aware of Outcomes

The final piece of the responsum we have room to discuss expresses his worry the road starts with artificial insemination and ends at pregnancies and childbirth completely outside the woman’s body. He fears cloning will become successful, taking away the need for uniting the genes of two people, all of which circumvents the system God wanted, and produces children lacking significant aspects of their humanity (for example, he seems to think the “randomness” of mixing genetic material from two people is crucial to the individuality of the baby).  Women choosing to becoming pregnant without marriage is another possibility which worried him (and is now a reality, among Orthodox women as well).  All of which, in his mind, combines to militate for resisting test-tube babies, even from the couple’s own genetic material.

His certainty might not be ours, however.  We might wonder when we allow ourselves to take actions which are, right now, unobjectionable, and when we see outcomes as problematic or worrisome enough to resist the action itself. A truly complicated and interesting question. On some occasions, we tell ourselves we cannot pretend to know how the future will go, must act appropriately in each moment and trust Hashem to take care of the future. On other occasions, Tzitz Eliezer here implies, we have to include the ramifications of our actions in our considerations of how to act.

As part of advising a couple considering artificial insemination, a rabbi who accepted Tzitz Eliezer’s view would need to clarify all of these points, including especially the idea the baby would be no more halachically theirs, in terms of lineage, than one they adopted.  Beyond the specific issue, Tzitz Eliezer has reminded us of a frequent question, when we must curtail our current actions because of the likelihood of negative outcomes.

It’s probably not one answer, but asking the question might be indispensable to an halachic life.

2019-02-01
Gidon Rothstein
Previous: Should We Be Wearing Techelet Today?
Next: Daily Reyd