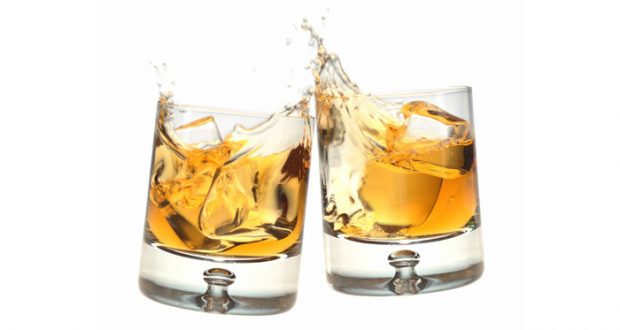 L’chaim and Other Drinking Customs

There is a well-known custom of preceding the blessing on wine, especially on Shabbat, with the words savri maranan (“attention gentlemen”) or birshut maranan (“with your permission gentlemen”), depending on one’s custom. [1]Cited in the Derisha. See also Ta’amei Haminhagim 291–294, Kol Bo 25.  One of the explanations offered for this practice is that, throughout Scripture, wine is found to be both a positive and negative substance. It has been the source of blessings, but also of curses. For example, the Torah’s first encounter with wine is in the story of Noah, just after the flood. Noah becomes exceedingly drunk, and after a series of unfortunate events, he curses his son and grandson. In this instance, we see wine associated with misfortune and death. So too, wine brought Lot to commit incest with his daughters. [2]Bereishit 19:21. Therefore, the word savri, meaning “with your permission,” demonstrates to everyone that we are about to drink wine, but only with the purest of intentions. Indeed, it is actually a prayer that no harm come from the upcoming drinking session. Furthermore, Sefardim customarily answer l’chaim (to life) after hearing savri, to acknowledge and contribute to the wish that nothing negative come from the current gathering. [3]Kol Bo 25; Bach, OC 174. See also Machzor Vitri 80.

So too, when deciding whether a person should be convicted to death, the judges of the Beit Din would say to those who questioned the witnesses “Savri Maranan.” If they thought that the person should be spared, they would reply, “L’chaim,” If, however, they thought he should be sentenced to death, they would reply, “L’mitah.” Furthermore, a person sentenced to death would be given strong wine before his execution in order to lessen the pain and awareness of what was taking place. [4]Sanhedrin 43a; Tanchuma Pikudei 2. Again, responding l’chaim when hearing “Savri maranan,” is a prayer that no harm come from the upcoming drinking session.

Similarly, it is customary to always precede drinking alcoholic beverages with the word l’chaim, should anyone else be present. One of the reasons for this, closely related to what was mentioned above, is that wine and other alcoholic concoctions were provided to criminals immediately prior to their execution in order to lessen their suffering. Therefore, saying l’chaim declares to everyone present that the function of this drink is intended as a celebration of life and not as a preparation for death, God forbid. [5]Bach, OC 174. Another reason is that we are told that Adam became drunk from the wine he drank at his wedding ceremony which led to him and Eve eating the forbidden fruit. Indeed, there is a view that the forbidden fruit was the grape which Adam and Eve made into wine. [6]Berachot 40a; Sanhedrin 70a. This brought death to the world forever. Saying “l’chaim” is intended to recall and rectify this. [7]Daat Zkeinim, Shemini 10:9. Similarly, as discussed, wine led to the downfall of Noah, so we say “L’chaim” to symbolize that we want no harm to come from our drinking. [8]Mateh Moshe 349; Minchat Yitzchak 6:135. There are other reasons, as well. [9]Kaf Hachaim, OC 167:108; Avnei Hamakon p. 188; Taamei Haminhagim p. 496; Shraga Hameir 2:25; V’yan Yosef, OC 68; Minhag Yisrael Torah, OC 170:16; Hayom Yom (Chabad) to 29 Adar.

Although most people say “l’chaim” before reciting the blessing on wine (or other alcoholic drink [10]Likutei Maharich, Birkat Hanehenin.), some say it after reciting the blessing and first drinking a little bit. [11]See OC 174; Pri Megadim, MZ 174:11; Shraga Hameir 2:25. One should respond “l’chaim tovim u’lshalom” or “l’chaim u’livracha” when hearing someone say “l’chaim.” [12]Kaf Hachaim, OC 168:108. It is taught that when Jews says “L’chaim” to one another when drinking, God forgives all their sins. [13]Minchat Yitzchak 6:135. The idea of making a toast when drinking was practiced by the sages of the Talmud. [14]Shabbat 67b; Tosefta, Shabbat 8:3. It is noted that we say “L’chaim” which means “to lives,” in the plural. This is intended to remind us that a meaningful life is one that is shared with others. [15]Perhaps based on Sanhedrin 103b. See Igrot Kodesh of the Rayatz, vol. 3, p. 413. There is a view that clinking glasses with another person before drinking is a non-Jewish custom and should be avoided, [16]Mevasser Tov 2:79. though there a number of theories on the origin of clinking glasses, and none seem to be halachically problematic.

King Solomon teaches that only trouble comes with excessive alcohol intake, as he says “Who has wounds without cause? Who has bloodshot eyes? Those who sit late over wine, those who come to search for mixed wine. Do not look at wine when it is red; when he puts his eye on the cup, it goes smoothly. Ultimately, it will bite like a serpent, and sting like a viper. Your eyes will see strange women, and your heart will speak confusedly.” [17]Mishlei 23:29-33. One of the reasons given that the ten tribes of Israel were exiled from the Land of Israel was a result of their excessive alcohol consumption. [18]Amos Chapter 6. We are told that the world will be blessed with delicious wine when Mashiach comes. [19]Joel 4:18.