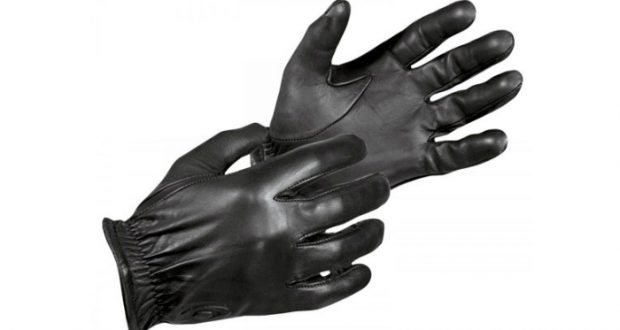 As part of every Jewish wedding ceremony, a groom betroths his bride with a ring which he places on her finger as he recites the familiar declaration of intent. A number of authorities rule that in order for the betrothal to be valid, the ring must be placed directly on the bride’s finger without any interposition whatsoever. As such, a bride should not wear gloves as part of her bridal ensemble, as they might constitute forbidden interposition between the ring and her finger, possibly invalidating the betrothal. [1]Pitchei Teshuva, EH 27:1 Pri Hasadeh 1:93. So too when it comes to divorce, a woman should not be wearing gloves or have anything else in her hands when her husband hands her the get. [2]EH 139:14.

The Divrei Malkiel [3]Divrei Malkiel 5:206. takes issue with the suggestion that gloves should be considered an interposition that would invalidate the betrothal. He notes that although it has become universal practice for a man to betroth his bride with a ring, there is actually no halachic requirement to do so. Indeed, a man may betroth his bride with money or any other object of value. There are other ways to betroth a woman, as well. [4]Kiddushin 2a. Furthermore, there isn’t even a true requirement that the object used for the betrothal must actually be placed in the bride’s hand. As such, although he strongly discourages the use of gloves as part of the bridal attire, he rules that a betrothal performed while the bride was wearing gloves is valid. [5]See also Aruch Hashulchan, EH 27:4; Ben Ish Chai, Shoftim; Rivevot Ephraim 8:578.

While it may not be halachically forbidden for a bride to wear gloves at the chuppa, there are a number of reasons why it is frowned upon. One reason is that the custom of using a ring at the wedding ceremony is intended to represent the relationship -the bond- between the bride and groom. The ring is also intended to correspond to the Tefillin straps that are wound upon one’s finger. Just as the Tefillin straps, which represent the betrothal between God and the Jewish people, should be wound upon the finger without any interposition, so too, the wedding ring should be placed directly upon the bride’s finger without interposition. [6]Regarding winding Tefillin straps over watches and rings, see Piskei Teshuvot 27:9. Furthermore, placing the ring directly upon the bride’s finger is a centuries-old sacred tradition that should not be marginalized in order to conform with the latest bridal fashions. [7]Sheilat Shalom 124, Beit David 179.

We also find in the Talmud that wearing gloves when performing a mitzva is a sign of irreverence and disrespect. This is true even if one’s hands will get dirty in the course of performing the mitzva and one merely wears the gloves in order to keep them clean. [8]Pesachim 57a. It is related that there was a Kohen who would wear silk gloves when he performed the service in the Beit Hamikdash, so that his hands would not be soiled by the blood of the sacrifices. The sages strongly criticized him for this practice due to the requirement that the Kohen’s hands must come into direct contact with the utensils he uses to perform the service. These silk gloves were considered to be a forbidden interposition between his hands and the utensils. Additionally, the Kohen’s preoccupation with possibly getting blood on his hands as part of the service was considered to be disrespectful toward the blood and the service, both of which are considered to be holy. [9]Keritut 28a, Rashi.

A recurring example of a mitzva that one should not wear gloves for is praying. Just as one does not stand before distinguished people while wearing gloves, one should not stand before God in this manner, either. [16]Bach, OC 91:1; Magen Avraham 91:5; Aruch Hashulchan, OC 91:7; Kaf Hachaim (Palagi) 11:30. One should also not wear gloves when reciting a blessing over food. [17]Magen Avraham 167:10, 178:6; Kaf Hachaim, OC 206:32; Rivevot Ephraim 8:578:1. It is also suggested that wearing gloves conveys that one is an individual of status, an attitude that is inappropriate when standing before God in prayer. [18]Nata Sorek, OC 6. Nevertheless, it is permitted to wear gloves in most of the situations discussed above if they are needed to protect one’s hands from the cold, and the like. [19]Ishei Yisrael 10:4; Halichot Shlomo 2:18; Avnei Derech 1:11.

Some authorities rule that one may not wear gloves on Shabbat in a place that does not have an Eruv lest one remove them and accidentally carry them. Nevertheless, common custom is to be lenient, especially if it is very cold outside. [20]OC 301:37; Mishna Berura 301:138-141; Aruch Hashulchan, OC 301:105.  In the event that one has no water to wash one’s hands for bread, one may eat the bread by wearing gloves or otherwise wrapping one’s hands in a way that ensures that one won’t come to touch the bread. [21]Mishna Berura 163:4; Aruch Hashulchan, OC 163:2; Tzitz Eliezer 8:7:6. See also Siddur Ba’al Hatanya, Netilat yadayim 22. In extenuating circumstances, a husband and wife may be permitted touch each other during the Nidda period if they are wearing gloves. [22]Pitchei Teshuva, YD 195:17; Chemdat Shaul 43; Shiurei Shevet Halevi 195:15:1; Badei Hashulchan 195:176. One should not shake hands with members of the opposite sex even if one or both parties are wearing gloves. [23]Sefer Chassidim 1090. There is some discussion whether one who sleeps with gloves is truly required to wash netillat yadayim when awakening in the morning. [24]Rivevot Ephraim 8:471:1; Rivevot V’yovlot 2:181. One who must touch something revolting should be sure to wear gloves when doing so. [25]Kaf Hachaim, YD 116:70.