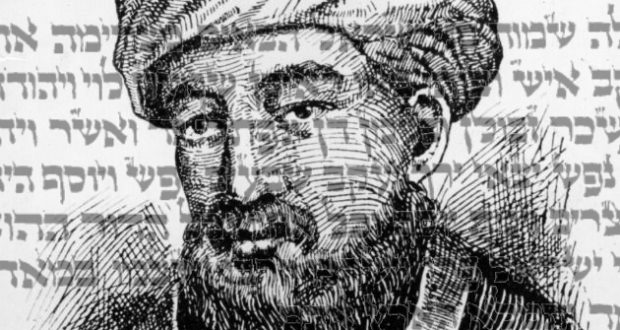 Now available as a book: link

I have done by best to locate where Maimonides quotes verses from the book of Exodus (Shemot), and arrange those excerpts according to the biblical verses. I have drawn primarily from Mishneh Torah, Sefer ha-Mitzvot, Peirush ha-Mishnayot, and Moreh Nevukhim, as well as some of his letters. Over the coming weeks as we read sefer Shemot, those passages, along with some annotations, will be posted in PDF format on Torah Musings, thanks to the gracious permission of the founder and editor, Rabbi Gil Student. The PDF’s will, God willing, be posted every week, corresponding to the weekly reading, and I hope that by the end of this cycle of sefer Shemot, I will be able to post a PDF for each week of Maimonides’ comments on the verses that comprise that week’s reading.

Maimonides was devoted more to halakhah, philosophy, and proper character refinement, and it does not seem that he devoted much space to emphasizing the plain meaning, i.e., the peshat, of the verses. However, one should not be mistaken into believing Maimonides did not have a notion of peshat. For example, in the second Shoresh (“Principle”) of the Sefer ha-Mitzvot, Maimonides criticizes his predecessors for confusing the derash of the verse with the peshat, and he quotes the well-known talmudic adage ein ha-mikra yotzei miydei peshuto, “a verse does not depart from its plain meaning” (in Frankel ed., page nun dalet).

Similarly, in Sefer ha-Mitzvot, Neg. 4, Maimonides differentiates between the homiletic and simple meaning. He is dealing with the verse  lo ta’asun itti elohei khesef v’elohei zahav lo ta’asu lakhem, “you shall not make with Me gods of silver or gods of gold, you shall not make them for yourselves” (Exod. 20:20). He quotes from the Mekhilta, “one might say, ‘I will make them for decoration as other people do in their lands.’ Therefore the Torah says, ‘ you shall not make them for yourselves.’” Then Maimonides alludes to an alternate interpretation from the Talmud. Since the word elohim can also mean “judges,” it means that you should not elevate people who are elohei khesef, meaning people who have attained their status through bribery (Sanhedrin 7b). However, Maimonides says that the pashteih di-kra, the “plain meaning of the verse,” is like the Mekhilta and not like the passage in Sanhedrin.

I include these examples not to say that Maimonides was one of the rodfei ha-peshat (he wasn’t), but only to say that Maimonides surely had some conception of peshat. Nonetheless, most of the quotations are slanted towards halakhah, lexicography (which dominates the first part of the Guide), philosophy, and ethical refinement. He generally was not a pashtan.

Maimonides’ works have been indexed several times over. I have referred to three indices of the Guide of the Perplexed—those of Friedlander, Pines, and Kappach. Additionally, I have perused—but not systematically reviewed—the references provided from the Chabad.org website in its translation of the Sefer ha-Mitzvot and the Mishneh Torah. I have also closely relied on Rabbi Meir David ben-Shem’s fantastic Hebrew work Torat ha-Rambam, which quotes nearly every Maimonidean source, as well as apocryphal works like Perush Megillat Ester.

I do not believe that this project is unearthing some secret, latent biblical commentary. Indeed sometimes the opposite is true: the entries are sometimes stilted when read back-to-back, since Maimonides will quote the same verse for a technical legal matter and then for an abstract philosophical concept. Some themes will emerge, but there are also places of seeming incongruity. Such an experience is the nature of a work of this character.

I have tried to highlight major debates that arise between Maimonides and other Rishonim, like Rashi, the Kuzari, and Nahmanides. While not comprehensive, I believe that providing reference to—and analysis of—these debates is a key feature of this project, because it enables a closer reading of the biblical text as well as a deeper understanding of the conceptual or philosophical principles involved. Especially in matters of philosophy, I have tried to devote space to understanding these arguments. I have also included background material, for example from Midrashim and Aristotle, as well as modern analyses, as from Rabbis Joseph B. Soloveitchik, Isadore Twersky, and J. David Bleich.

I have tried to be exhaustive, with the understanding that it is impossible to capture every time Maimonides quotes or alludes to a verse. Additionally, Maimonides will frequently make substantially the same point at least three times: once in the Perush ha-Mishnayot, once in the Sefer ha-Mitzvot, and once in the Mishneh Torah. In many cases, I was comfortable quoting the source just once, and adding a note for the other places, so the serious researcher can furrow further. As for the secondary literature, it would take a hundred lifetimes to sift through all the relevant literature, and so I have not made an attempt at comprehensiveness in that regard.

Despite these shortcomings, I hope that this work is more of a contribution than a curiosity, but ultimately that is for the reader to decide. Any comments, additions, corrections, or questions that are constructively extended will be warmly received.

Alec Goldstein received his rabbinic ordination from Yeshiva University. He is the author of A Theology of Holiness and is the founder of Kodesh Press. He can be reached at [email protected].