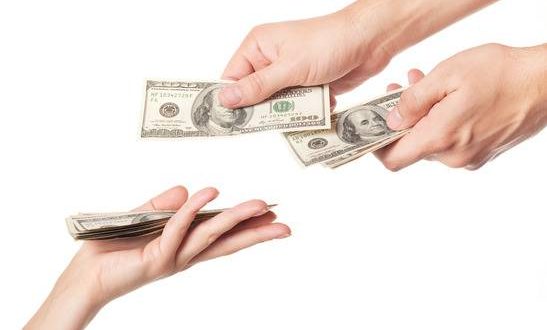 Three 12 Tevet responsa loosely link together, so I’m going to fit all three into this essay.  The first, from 12 Tevet 5696 (1936), by R. Chaim Ozer Grodzensky (one of the respondents we see less often, so I take advantage of opportunities to see his ideas), gives a fairly straightforward answer. Along the way, he reminds us of several valuablehalachic concepts, the more interesting aspect of the responsum.

You Can’t Take It With You, Literally

Shu”t Achi’ezer 3;34 answers a question which might seem like a way to hold on to money improperly. The man’s recently deceased son-in-law had said to give ten percent of his assets to charity, in his will and again on his death-bed. The widow, wanted to know if she was required to heed his bequest, since she felt she needed the money (along with the rest of the estate, which he had given her) to care for the children.

How we react to her and her father (who is asking the question on her behalf) depends on their financial situation. If they were wealthy, she comes off badly. However, R. Grodzensky addresses his reply to “gadol echad, a certain Torah giant,” which suggests he knew enough to ask only out of legitimate need.

Halachah disagrees. We will see moral reasons for survivors to fulfill the wishes of the deceased, but as a technical legal matter, once we leave the world, what used to be our money and possessions automatically and immediately devolve to our heirs, and a document we leave behind does nothing to change that.

The charity element of our case might change the calculus. R. Yosef Karo (R. Chaim Ozer cites his view from Shu”t Rema 48) applied the principle of amirato le-gavo’a kimesirato le-hedyot to tzedakah. The phrase comes from hekdesh, sanctified items, where halachah tells us a declaration of intent to donate already effects a transfer of ownership.   Ordinarily, items change hands only with a kinyan, a formal act of transfer. For hekdesh, words suffice.

R. Karo (author of Shulchan Aruch, let’s remember) extended the idea to tzedakah, charity. (Rema disagreed, but said to follow R. Karo’s view). We might think the man’s words made the ten percent already charity, not the widow’s to withhold.

It was also a deathbed bequest, an added reason to think it already took effect. To ease the worries of dying people, Chazal created a special category of kinyan called amatnat shechiv me-ra, where a dying person’s words allocate his/her assets. The deceased husband had reiterated his ten percent charity gift on his deathbed, which might again lead us to think it was already the property of charity.

R. Chaim Ozer strikes down both claims based on a responsum of Maharit, who dealt with a bequest to five orphans, where the deceased left the trustee the choice of which ones to support. Maharit said the recipients had not been defined well enough to make the money already theirs. (This does not mean we ignore his wishes, necessarily, as we will see; it only means there has been no technical acquisition.) Here too, the man had not said what charity should receive the money, and neither of the principles we thought of using, amirato le-gavoah nor matnat shechiv mera, take effect without a clear recipient.

Adhering to the Wishes of the Deceased

R. Chaim Ozer does accept another argument, survivors are generally obligated to fulfill the wishes of the deceased, mitzvah le-kayyem divrei hamet. The orphans in this case (the true halachic heirs) were minors (and not obligated in mitzvot), but R. Chaim Ozer thinks the principle still counts.  He concedes some authorities disagree (and even more so about whether proceeds from life insurance should be included in what the person who had passed away could affect with his/her wishes). Because of their view, he allows the widow to pay out the ten percent over time rather than right away (but does think she has to pay).

As I said, the actual answer is banal—yes, they must give the charity but may do it over time. Along the way, R. Grodzensky reminded us of fundamental halachic ideas about money, death, and transfers of ownership in various contexts.

Changing Money from One Charitable Cause to Another

The theme of how husbands can cause monetary stress to their wives also underlies Chatam Sofer 3, Even haEzer; 1 from 12 Tevet 5594 (1834). A rabbi had moved to Israel, leaving behind a destitute wife.  His followers, however, had established a fund to support him in Israel. Recognizing his wife’s difficulties, he had sent word back to give her a fifth of the money collected for him, creating two problems: first, could the gabbai tzedakah, the trustee of the fund, give her the money, since the donors thought it would go to the rabbi in Israel? Second, she needed more than a fifth—could the gabbai tzedakah give her more?

The rabbi presenting the question wondered whether the halachic idea (in some situations) of ishto ke-gufo, a man and his wife are one unit, could make all money given to her as if it had been given to him. Chatam Sofer thought the reasoning did not go far enough, because the money is being changed from its intended purpose. One halachic view does allow changing funds from their seeming purpose, but not in ways which help us here. R. Simchah, recorded by Mordechai, did allow creditors to collect debts from charity a man collected to support his family. In his view, the money was intended for all the man’s needs, including paying off debts. However, Chatam Sofer thinks R. Simchah only applied his view once the money was in the poor person’s hands; a charity fund’s overseer did not count in those terms.

Nor could we say the money reaching her was as if it went to him, since the money was not given for all the man’s needs, only those of his needs which would support him in living in Israel [the condition on the funds seems to me also the reason we do not say their having been given to the gabbai tzedakah made them as if they had already been given to the man himself, where we ordinarily say zachin le-adam she-lo be-fanav, we can acquire pure benefits for others in absentia].

More Than One Way to Keep Him in Israel

We might suggest the woman must join her husband in Israel to have any right to support. Other halachic situations give legal and financial priority to whichever spouse plans to or does move to Israel; here especially, since the money is only available in Israel, we might think she can go and be supported or stay in Europe and fend for herself.

Chatam Sofer (whom the Bar Ilan Responsa project characterizes as having favored people moving to Israel, and who will in a moment quote a letter from a student who moved there; I preface that because I don’t want us to confuse the practical concerns he’s about to raise regarding moving to Israel with a general opposition or apathy to going) notes the difficult economic conditions in Israel at the time. He cites Shu”t Me’il Tsedaka, who objects to those who go to Israel to live off charity, when they had been supporting themselves wherever they had been living. A student of Chatam Sofer’s ratified the worry, writing his teacher from Israel of the tensions between Ashkenazic and Sefardic Jews, and specifically of the rabbi in question and how hard he was finding it to make his way. We cannot force the wife to join such an untenable situation, Chatam Sofer writes.

Salvation for her comes from the husband’s obligation to support her. Chatam Sofer says he has acted terribly by abandoning her, and can be halachically coerced to live up to his financial obligations to her. He will almost definitely be unable to live up to them from Israel, where he cannot support himself, which means the coercion would likely force his return to Europe.

Which brings us back to his supporters, who donated money for him to stay in Israel. If so, using their money to support her really is supporting him in Israel and therefore fully within the purview of original donation. The gabbai tzedakah can take as much of the money as needed for her basic support, and send the rest to the rabbi in the wrong.

Chatam Sofer started us on the topic of rabbinic powers of coercion, which R. Ben-Zion Meir Chai Uzziel addressed in, Mishpetei Uzziel 4; Inyanim Kelaliyim 3, dated 12 Tevet 5698 (1938). The lengthy responsum analyzes tochachah, Jews’ obligation to remonstrate with each other when we a fellow Jew acting wrongly, but I barely have space to excerpt a short section on coercion.

R. Uzziel holds Jewish judges must protest wrongs, coercively where necessary. In his view, Chazal’s sole such measure was nidui, a sort of excommunication. More, RemaYoreh De’ah 334;6 allows the ban to extend to not burying a relative of this person for as long as s/he were in nidui, and not circumcising his son.

However, R. Uzziel thinks the punishment could only be enacted for one relative and one son. If the wrongdoer stays stubborn in his resistance, R. Uzziel cannot imagine not circumcising all his children, since circumcision is a communal as well as parental obligation, and he cannot imagine halachah would tolerate the creation of a class of uncircumcised Jews.  Similarly, he can imagine refusing to bury one relative but not many and, if the banned person himself passes away, he sees no further point in refusing to bury him/her. R. Uzziel does note Rema’s willingness to remove a man’s children from school and wife from shul, but also Shach’s objection to such measures.

He sees these mechanisms as a right of a court, not an obligation, and thinks the best way is to remonstrate, again and again, and pray to God to create a greater readiness for proper observance.

[I am puzzled by R. Uzziel’s assertion rabbis can only discipline by nidui. Simple halachic sources allow rabbis to levy fines and deny certain communal privileges.  More, rabbis sometimes administer makkot mardut, rabbinic lashes, often with the explicit right to continue administering them until the sinner agrees to change his or her ways. Second, perhaps more important than any specific conclusions, R. Uzziel’s view seems to me to lead to problematic rabbinic helplessness, where major religious problems cannot be addressed in any effective way. To me, it’s the flip side of abuses of power, and neither are acceptable (extremes rarely are). It is hard to know how and when to coerce, a narrow bridge, but to give up on crossing it seems to me no better an option than crossing it the wrong way. ]

We are supposed to fulfill the wishes of those who pass away regardless of their legal power over us, husbands must support their wives and can be coerced to do so, and how we coerce is a hard question the third of our 12 Tevet responsa called us to consider.