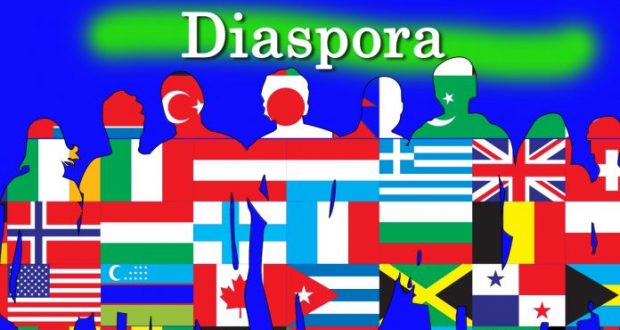 Posted by: Gil Student in From The Hashkafah Files, Magazine, Musings, Posts Dec 13, 18 0

I was recently privileged to participate in the third Jewish Media Summit in Jerusalem, which focused on what Israel can do for Diaspora Jewry. This impressive event, run by Israel’s Government Press Office with a line-up of big-name politicians and journalists, emphasized to me a fundamental misunderstanding about the Diaspora Jewish community – namely that a single such community exists.

The conference included editors and journalists from Jewish media around the world, as well as social media personalities with a significant Jewish following. Religiously, the former group seemed to reflect the broader Jewish community, perhaps leaning more traditional, while the latter group was predominantly Orthodox. This last point is crucial.

We were gathered to hear the GPO’s vision of Israel for Diaspora Jewry. Its talking points seemed to be that Diaspora Jews care about pluralism, innovation, economic success and – most of all – tikkun olam. I lost count of the number of times the phrase tikkun olam was tossed around unnecessarily. Complaining about jargon at a conference is like complaining about paper in a book. However, the usage of this particular term signals a needed correction to its outreach strategy.

Two minor occurrences on the first full day of the conference illustrate my point. First, one speaker casually mentioned the anti-Semitism of feminist activist Linda Sarsour as a given, seemingly unaware that among the journalists in the audience at least one had publicly defended Sarsour against the charge of Jew-hatred. Second, later that day, a different speaker said that everyone of course favors the Kotel Compromise. But that is simply not the case.

Orthodox Jews in the Diaspora vary greatly but strongly support Israel, its settlements, and the religious side of internal Israeli debates. They are immersed in Jewish culture and have their own musicians, radio personalities, and social media stars – “Jewish celebrities,” if you will.

They expect high standards for kosher food and conversions and do not worry too much about their children’s Jewish identities, which they take as a given. Their communities are overflowing, and their schools and synagogues are bustling with energy. They have their share of the ultra-wealthy and deeply impoverished, with most members somewhere in between. In the last election, districts with Orthodox Jews overwhelmingly voted for President Trump. The Orthodox community is growing exponentially.

The Orthodox community’s media has also grown substantially over the past two decades despite the decline of traditional media outlets in mainstream society. In addition to the staple Jewish Press, which has recently undergone a massive change, charedi magazines have taken the world by storm. Local ad-supported (free) newspapers maintain very large readerships, with those in the main Orthodox geographic hubs possessing tremendous influence.

Yet, almost none of this media was represented at the conference. Why? Because the non-Orthodox community, despite its various crises, is currently much larger than the Orthodox. It is part and parcel of a progressive world, and therefore its members’ Jewish identity and support for Israel cannot be taken for granted. Tikkun olam is a progressive catchphrase that, to many in the non-Orthodox world, serves as the primary Jewish commitment.

This community is not just immersed in general American culture but an integral part of it. There are few, if any, non-Orthodox social media celebrities because the successful ones become American celebrities instead. (That’s why almost all the social media personalities at the conference came from the Orthodox community.)

Most of the talking points about Diaspora Jewry at the summit reflected a belief that this Jewry is not Orthodox. In other words, they addressed Jews who are least affiliated or active Jewishly, least educated about Judaism and Israel, and most likely to intermarry. These Jews engage primarily with general media with a decreasing number reading the Jewish outlets that serve them, including the Federation newspapers and progressive Jewish online media.

For its own sake as well as that of all Jews, Israel must be concerned about both communities – Orthodox and not. The next generation of non-Orthodox Jews is in danger of being lost to the state of Israel. Indeed, this eventuality seems almost inevitable, as another generation grows up further removed from the immigrant experience and even more assimilated than the previous one. Israel must do what it can to preserve some support in that community. This crucial battle must be fought, even though it will yield limited results.

Israel must also, however, be concerned about the Orthodox community. It cannot risk alienating its most ardent supporters, the people who most strongly identify as Jews and whose children and grandchildren identify as such equally strongly. The next generation of Jewish leaders in the Diaspora will come from the ranks of the Orthodox; indeed, that is already starting to happen.

The Israeli government ignores the Orthodox community and next generation of American Jewish leaders at its own peril. Israel doesn’t need a strategy to engage with Diaspora Jewry. It needs two strategies, and it must begin to understand the American Orthodox community it will need in the future – and which, in turn, will need it.

(Originally published in The Jewish Press)