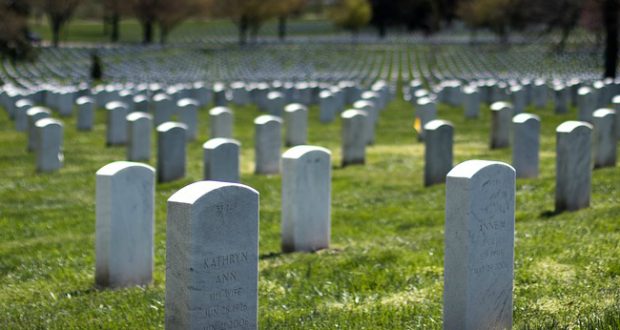 28 Kislev: R. Kook on Halachah in the Absence of Halachah: Dedicating a Cemetery

In a brief responsum from the 28th of Kislev 5698 (Dec. 1937), Da’at Kohen, Yoreh Deah 200, R. Kook prescribed a ceremony for how to dedicate a new cemetery in Ramat Rachel, near Talpiyot in Jerusalem.  This and two related responsa surprised me by offering rich discussion of some halachic issues, at the same time as they make clear there is no rule for this circumstance.

R. Kook first grants them free rein to establish a new cemetery, regardless of an existing one; halachah often discourages breaches of unity, separating from existing institutions. R. Kook sees no such problem with a new cemetery.

He recommends a minyan of “anashim kesherim, proper people [I think he means the loose term to indicate people who, as far as we know, seek to serve Gd as laid out by the Torah and halachah]” circumnavigate the new cemetery seven times. Each time, they should recite the section of the Torah that refers to the incense, and on the first and last time, should say all of pitum haketoret, the description of the making of the incense Ashkenazim recite only on Shabbat, after Ein Kelokenu.   Then they would bury the first deceased for the new cemetery.

Da’at Kohen 200 pairs the responsum to Ramat Rachel with an undated one to Tel Mond, also about dedicating a cemetery, in which R. Kook prescribes a different ceremony. They should go to the designated area in the morning—ideally, before eating—recite Psalm 91 [Yoshev Be-seter Elyon, the Psalm we recite while following a coffin, both after the funeral and while taking it from the hearse to the grave], the section of the Torah regarding the incense, and the section in Bamidbar which describes Aharon stopping a plague using incense.

After the recitations, they should circle the cemetery seven times, each time reciting the last verse in Psalm 90 [Viyehi no’am, which we say as a lead-in to Yoshev Be-Seter on Motsaei Shabbatot, for example]. Once the circling is done (it seems, since he lists this next as a separate step), they should spell the name of the city using verses from Psalm 119 (which has eight verses for each letter of the alphabet), say a memorial prayer for those buried there, and distribute charity.

The editors of the volume linked the two, I think, and R. Kook does not compare or explain the differences in his recommendations.  Possibly, the Tel Mond cemetery was already in use but had never been formally dedicated. Either way, seeing his two approaches makes me wonder where as to the roots of these ideas. A responsum by R. David Zvi Hoffman (who we almost never see anyway, so I grabbed the opportunity) will give much of the answer.

In 2:Yoreh Deah, 131 of Shu”t Melamed le-Ho’il (undated), R. Hoffman shares what he found in earlier responsa on our question.  R. Yitshak Elchanan Spector, Shu”t ‘Ein Yitshak 34, said all the members of a city about to bury the first person in a new cemetery should fast the whole day prior to the burial, give extra charity, and say extra supplicatory prayers.

Around the same time, Maharam Schick 357 suggested a more elaborate ceremony, by extracting practices from what he saw as a relevant parallel.  Before we see his ideas, I pause to note the apparent novelty of this idea; until the 19th century, no one seems to have sensed a need for a religious ceremony to consecrate a new cemetery. Why that changed at that moment is for historians and sociologists, but it reminds us we are dealing with a custom being built on the fly.

Maharam Schick notes Shevu’ot 15b includes a recitation of Psalm 91 in the ceremony to expand Jerusalem [where a ceremony was clearly required, since the sanctity of the city was being applied to the new areas]. The people involved would circle the new borders reciting Yoshev Be-Seter, called a shir pega’im, a song invoking God’s protection from harm.  To Maharam Schick, the parallel for a cemetery would be to circle it and recite Pitum Haketoret, since incense is seen as protecting from harm (as in the story with Aharon stopping a plague).

R. Maharam Schick seems to have been transferring two parts of the Jerusalem dedication ceremony (and not others, for reasons he does not explain in the quote in Melamed le-Ho’il—I did not have access to the original): defining the area by walking around it, and reciting Yoshev Be-seteras a way of invoking God’s protection. Once we got there, it makes sense to also refer to the ketoret, a further protective from death, and similar Psalms.

R. Hoffman adds the recommendation they wait until someone has passed away, then have ten people fast—R. Hoffman says it’s hard to convince a whole community to fast—recite selichot in Shacharit, and go out early to the cemetery.  They would circle it seven times, saying Psalms, including the verses from Psalm 119 which spell out the words Kera Satan, tear up the Satan. After, kohanim can dig the grave (since there is not yet any corpse impurity) and, R. Hoffman says, the rabbi should ideally say divrei kevushin, words which daunt the listeners, remind them of the limits of life, of the time we have or don’t have to serve Gd in this world.

R. Hoffman’s responsum shows us the roots of R. Kook’s traditions, as well as how new these traditions are.  In that light, we can understand R. Hoffman’s noting to his respondent he had never heard of reciting parts of the 42 letter Name of God during the circumnavigations, but if he had such a tradition, he was free to follow it. There was no “real” custom on this issue, practices had arisen, for a combination of reasons, still fluid enough to allow for much variation. They should follow the traditions which had become customary, where possible, even as we recognize their relatively minimal halachic hold.

New and Yet Not Completely Malleable: The Ways of the Non-Jews and Cemetery Dedications

Fluid customs are not yet the same as ones open to all possibilities. An undated responsum of Seridei Esh (2;40) points out one important kind of limit.  He specifically addressed using musical instruments while dedicating a cemetery, particularly an organ, with broader ramifications.  His first concern was the prohibition of chukkot ha-goyim, the Biblical prohibition against following the “ways of the non-Jews.”  To avoid violating it, we need to know what counts as ways of the non-Jews.

Adopting their forms of worship clearly qualifies, even if there were nothing wrong with the action itself, other than that they had come up with it. [For example, if non-Jews began worshipping by twirling in a circle, we would not be allowed to then twirl in a circle. Even this is somewhat complicated, because if we can argue that we have our own tradition of doing this, or that there is some eminently obvious reason this is a good way to worship, there are some who would allow it.]

It gets more complicated when we move away from worship, since Tosafot define “ways of the non-Jews” as actions or customs of “hevel u-shetut,” roughly, silliness and stupidity.  Maharik, R. Yosef Colon, a 15th century rabbi in Northern Italy, defined hevel u-shetut as actions with no obvious reason [so, for example, we need not worry that riding in a car should be considered a problem, since we obviously use cars to get places more quickly and easily.  Reasonable people can disagree about what constitutes a reason, which leads to a range of what observant Jews are willing to absorb from the culture around them, what they consider chukkot ha-‘akum.]

Maharik singles out anything which violates tseniut, modesty, particularly in fostering a sexualized society; such actions are certainly a matter of chukkot ha-goyim. [I worry many of us have lost awareness of Maharik’s unargued point. Jews are supposed to restrict all sexuality to the marital relationship and privacy of the marital home, as much as possible. We sometimes focus on skirt and sleeve lengths when our concern should be to remove all sexuality other than between married couples.]

Are We the Amish? The View of the Vilna Gaon

For the organ at a cemetery dedication, we have to wonder whether it has a reason outside of imitating what non-Jews do. Some might say it does, adding to the solemnity of the occasion.  Seridei Esh notes, however, Vilna Gaon’s more stringent reading. The Gaon pointed to Sanhedrin52b, which wondered why burning deceased king’s possessions and capital punishment by the sword were not prohibited as “ways of the non-Jews.” According to Maharik, there should have been no question, since both have good reasons.

The Talmud answers those two are mentioned in Scripture, which made them practices of ours before they became theirs.  If so, however, the standard seems to be practices to which Tanach refers, not that which has a good reason.   As Seridei Esh points out, organs fail the Scripture test.

[I find the Gaon’s comment a bit problematic, since we do not reject making use of all new items as a matter of chukkot ha-goyim, which is where his idea would lead.  I don’t have the space to do it justice, but I believe many others have read Sanhedrin as establishing an exception for whatever is written in Scripture in addition to Maharik’s idea, not in lieu of it.]

Once we leave the Gaon aside, the standards of reasonableness could be malleable enough to allow an organ, except for Seridei Esh’s trump card. The Reform movement in Germany tore apart the Jewish world, he says, and heroic rabbis who fought to uphold Torah values, took the organ to be a symbol of the heresy and religious destruction Reform wrought [whenever I record traditional reactions to Reform Judaism, some readers complain about my insensitivity; Reform today are certainly not the Reform of old, for many reasons, including that many of them now support authentically Jewish causes, such as the State of Israel and even institutions of true Torah study. I am not weighing in on contemporary religious politics and how to interact with other streams of Judaism, only learning from what Seridei Esh saw as true in his time].

In context, the organ became a demarcation of the line between observance and abandonment of it. To allow an organ at cemetery dedications, all other issues aside, would mislead the uneducated, would imply the effort to make clear what constitutes proper fealty to Torah and mitzvot has been abandoned, and the organ is now again permissible.

Our brief 28 Kislev responsum took us on a journey to see one way ceremonies evolve. They start with a search for relevant similar traditions to inform our new practice, and slowly solidify. I think we do need to remember not to confuse it with the more essential and eternal parts of our religion, even as we adhere to it whenever there is no challenge. Then we also need to remember that even if the ceremony is completely new, possible parts, such as playing an organ, will run into pre-existing issues and will need to be rejected.

2018-12-07
Gidon Rothstein
Previous: Daily Reyd
Next: From Freewill to Prophecy to Eternal Life