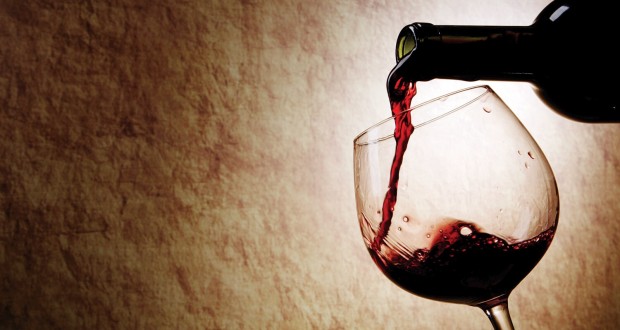 Both bread and wine can exempt other foods from the need for a blessing before one eats them. In the case of bread, it is because bread is the basic staple of life and the primary food of almost any meal. In the case of wine, it is because it is the most prominent drink which “gladdens the heart of man.” [1]Tehillim 104:15. As such, the sages ordained that when one eats bread, most other foods that are eaten in the same meal are “covered” by the blessing recited on the bread. Individual blessings are not recited on most other foods. So too, when one drinks wine, all other drinks that are consumed in the same drinking session are “covered” by the blessing recited on the wine. [2]Berachot 41b; OC 174:2. Bread is called “the king of all foods” and wine is called “the king of all beverages.” [3]Tosfot, Berachot 42a.

In fact, not only does wine exempt regular beverages from a blessing, it even exempts watery foods, such as certain yogurts and ice cream from a blessing, as well. [4]Piskei Teshuvot 174:3. Furthermore, due to its unique status, wine is not exempted by bread. Therefore, one who drinks wine during a bread meal is required to recite a blessing on it. [5]Berachot 42a; OC 174:1. Bread and wine are also the only foods that were assigned their own unique blessings; all other foods are grouped together under one of several categories, and share the same blessing as all other foods in that category.

So too, just as the bracha rishona recited before bread and wine exempts other foods and drinks consumed along with them, the bracha achrona recited after bread and wine exempts the other foods that were eaten, as well. As such, Birkat Hamazon covers everything eaten during a meal [6]Including any wine drunk during the meal. OC 174:6; Mishna Berura 174:23-25. and “al hagefen” covers all drinks that were consumed along with wine. [7]See Sha’ar Hatziun 208:70. Grape juice is considered as wine for all these purposes. [8]See: V’zot Habracha p. 267. Although there is a view that the blessing recited over wine in the course of a mitzva, such as at Kiddush, does not exempt other drinks consumed during that drinking session, the halacha is not in accordance with this view. [9]Mishna Berura 174:39; Shulchan Aruch Harav, OC 174:4.

It is preferable for all drinks that one intends to consume along with the wine be present at the time one recites the blessing on the wine. However, even drinks that were not present at the time one recited the blessing over wine are covered if one had them in mind or one regularly drinks such beverages with wine. [10]Mishna Berura 174:3; Shevet Halevi 3:16. In order for the blessing over wine to properly exempt other drinks, one must actually drink some wine. [11]Mishna Berura 174:3. According to most authorities, it does not suffice to merely hear the blessing recited over wine or to appoint another person to drink it, both of which are common occurrences at Kiddush. [12]Aruch Hashulchan, OC 174:3. In both such cases, one would need to recite a separate blessing on the drinks that one will consume. Some are of the opinion that only a sip of wine must be consumed in order to exempt all other drinks, while others rule that one must drink at least a cheekful of wine. [13]Biur Halacha 174:2; Shulchan Aruch Harav, OC 174:4. There is an even a view that one most drink several cups of wine in order for the wine to exempt other drinks from a blessing. [14]Chayei Adam 55:4. The halacha, however, is not in accordance with this view.