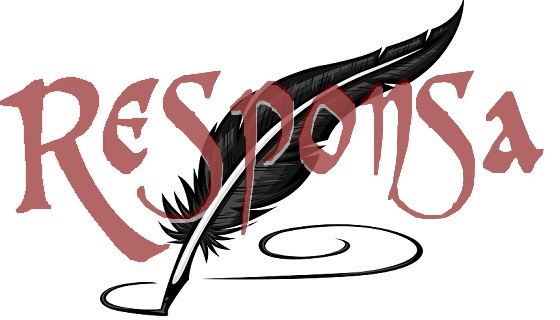 24 Kislev: Chatam Sofer on a Rebellious Wife, R. Uzziel on the Beta Yisrael, and R. Moshe Feinstein on Using a Thermometer on Shabbat

24 Kislev is one of those days where no one responsum filled our space, so we have three brief ones, on marriage, status as Jews, and Shabbat issues. The first shows us a current hot button issue, when one partner to a marriage refuses a divorce, is not as new to the halachic scene as we might think.

Today, usually the man is the one who wrongly refuses to engage in a divorce. Part of what drew me to Shu”t Chatam Sofer 4; (Even HaEzer 2) 167, dated 24 Kislev 5586 (1825), was Chatam Sofer’s full-throated protest of either spouse holding the other hostage. The couple in question had separated more than twelve months before, the husband has cooperated fully with the rabbinic court trying to work out the end of this marriage, but she refuses to come to court, let alone accept the get [we will see something of her side of the story below].

ReMarriage Is Not For Ransom

We today know of the husband’s right to secure a heter me’ah rabbanim, signed permission from one hundred rabbis from three countries, which allows him to ignore the usual stricture against marrying a second wife.  [The imbalance of power this inserts into divorce proceedings matters, since the husband has options in the face of get refusal by the wife which she does not have, but is not a point in this responsum.]

Chatam Sofer knew it, too, although Beit Shemu’el might give reason to think he disagreed, would not have allowed the husband to remarry with permission from a hundred rabbis. Beit Shemu’el had taken Cherem Rabbenu Gershom (the group of ordinances which originated sometime early in Ashkenazic practice and were credited to the legendary early eleventh century leader, Rabbenu Gershom; I believe historians think they developed a century later and were back-dated, but the exact timing was not a concern for rabbis of later eras) to be more absolute, to prohibit the husband from marrying two women, full stop.

Chatam Sofer says Beit Shemuel was discussing where the wife wants a get, and the husband is refusing; in those cases, we force the husband to grant the get and do not allow him to marry anyone else until he does [rabbis today are very leery of coerciong; Chatam Sofer seems less so].

He thinks it obvious a woman, too, cannot force her husband to live a single life [I stress the too; Chatam Sofer has no gender bias here, spouses cannot hold each other hostage].

He does have one remaining question, which of two clauses of Cherem Rabbenu Gershom to suspend, the one which says men may no longer coerce divorce on their wives or the one which says he may not marry a second wife. Chatam Sofer opts for the latter, because common parlance sees the prohibition against coercing divorce as more absolute.

Justified Fear Does Not Justify Hostage-Taking

We now hear what has broken the marriage: after the birth of each of her two children, she had a serious mental health episode, and worries another birth will put her beyond recovery. She wants her husband to agree to abjure sexual intercourse until she reaches menopause, after which they can live happily ever after [the plan as presented does not speak of full mental health, since she seems to think he might eventually give in an return to a happy marriage].

Their current protracted separation works for her, a guarantee she will not become pregnant. But she has no right to burden him this way, especially since they’re both young, menopause years away. Cherem Rabbenu Gershom’s rule against two wives never meant to include such cases.

Chatam Sofer refuses to rule, however, since he knows the case has also been brought to the rabbi of Lvov. Should the Lvov rabbi agree, the husband may secure a heter me’ah rabbanim, and (he hopes) find happiness with a new wife.

Shu”t Piskei Uzziel Be-She’elot HaZman 68, dated 24 Kislev 5704 (1943), shifts our attention to another aspect of family life, whether the Bene Israel could be considered Jews (and marry other Jews, as they do in Israel today). R. Herzog had referred a question from a rabbi in Mumbai (where there was a sizable Bene Israel community) to R. Uzziel.

The questions stem from the contrast between their somewhat Jewish conduct and their lack of key Jewish institutions, like get for divorce (creating the problem of mamzerut), mikveh, chalitzah, and Kohanim or Levi’im.

R. Uzziel had answered a similar question five years earlier. He had relied on a letter Rambam wrote to Lunel, in which he spoke of Jews in India who know little of Judaism, have no Torah, but circumcise their sons and rest on Shabbat. R. Uzziel thought the Jews Rambam knew must be the ancestors of the current Bene Israel (I’m not sure historians would agree—the Cochin Jews are an older community, and could be whom Rambam meant), which means they are genealogically Jewish.

As to whether we must treat them as mamzerim (which would mean they cannot marry ordinary Jews), R. Uzziel pointed to rulings of Rivash and Tashbetz regarding conversos, the Jews in late fourteenth and fifteenth century Spain who were forced to convert to Christianity. After many years, when they returned, they too had to reckon with the ramifications of their forced lack of observance while they were public Christians.

Halachic authorities had categorized such Jews’ sins as coerced or unwitting until they encountered Jews who possessed the full tradition of Torah and mitzvot, in an environment where return was an option. Once they did not immediately come back, halachahswitched to consider them posh’im, Jews who willfully refuse to observe the Torah.

The harshness opens a loophole for a current leniency. Jews who have willfully rejected Judaism cannot create halachically valid marriages, which frees the children of any taint of mamzerut. Their mother cannot be a woman who has failed to properly exit her first marriage, since her failure to return to observance when it was possible means she cannot create a marriage at all.

[This important halachic tack is not always well recognized. Superficially, R. Uzziel adopted a rejectionist stance, treating sinners as willful when we might have said they were tinnokot she-nishbu, lacking a real way to know how they should act. In the case of the Bene Israel, his version leaves them in a better place, without the worry of mamzerut.  At the same time, many today would deny his basic point, seeing Jews keep the Torah and refusing or failing to join them in proper observance renders the Jew a willful rather than unwitting sinner.]

Ensuring They Are a Productive Addition to the Nation

R. Natronai Gaon gave another reason for pause, when he discussed Jews who had abandoned the religion and especially its discipline about sexual relationships. R. Natronai opposed reabsorbing such people into the nation, because they will bring their lack of sexual ethic with them, will disregard halachic rules about whom they may marry, and will divorce without the proper ceremonies, leading to more mamzerim. He was only willing to accept [a remarkable contrast to today, when people insist we must take back all Jews, regardless of the complications they bring] Jews who would undertake to follow all the halachic rules about marriage, and who do not have any questionable aspects to their own lineage.

R. Uzziel thinks the same can be true of the Bene Israel—families which were careful about mikveh (I think he is taking it as a sign they knew marital laws existed and mattered) and who have no history of a get or chalitzah should be welcomed back into the Jewish people. On the condition that they publicly announce their commitment to Torah law (R. Uzziel wants this to be done festively as well, I think to celebrate their good decision to rejoin the world of Torah and mitzvot), especially the laws of niddah, foundation of Jewish family life.

Those who undertake this commitment can marry kohanim as well, can be counted for a minyan, treated as full Jews in all ways. Those not willing to do so, he thinks, must be kept separate for the reasons we mentioned before (he now attributes it to R. Amram Gaon, whereas before it was R. Natronai Gaon, I’m not sure why), they pose a danger of muddying the waters of observance and of family life, since they will bring their unacceptable ways with them.

The last responsum we’ll see here comes from Shu”t Iggerot Moshe Orach Chayyim 1;128, dated 24 Kislev 5712 (1951), where R. Moshe Feinstein was asked about taking people’s temperature on Shabbat (the thermometers were not electric, so the question was about measuring on Shabbat, nothing else).

R. Feinstein reminds us the Torah law which prohibits measuring actually speaks of cutting an item to a certain size; it involves measuring, but the prohibition cares about the creation of a piece of material of a desired size. The Rabbinic prohibition against measuring out items in groups or weights was based on its looking too much like (and perhaps leading to) business transactions, where a seller measures out what the buyer is purchasing.

Tosafot did think measuring counts as an uvdin de-chol, a weekday activity inappropriate for Shabbat, which is how Magen Avraham viewed the issue. Usually, tzorech mitzvah, a mitzvah need to act in a certain way, allows us to ignore the problem of uvdin de-chol.

All of which means there’s no need to try to stop or oppose those who choose to be lenient about taking people’s temperature, especially for someone who is ill, regardless of whether there’s any danger to life. Mishnah Berurah treated taking a person’s vital signs as itself part of healing, a mitzvah which pushes aside any worries about halachic propriety.

In two brief lines at the end of the responsum, he refuses to rule on using a refrigerator on Shabbat because he sees both sides of the question (this is 1951, and R. Feinstein is still unsure as to whether one may use a refrigerator on Shabbat!). He also refuses to respond in writing about whether one may turn off gas on Yom Tov on a holiday (which I think means he had a leniency he was not willing to record for public consumption). He is comfortable with reducing the gas if necessary to avoid the food burning.

And that’s 24 Kislev, a day for freeing husbands from recalcitrant wives, reincluding lost Jews in the nation, and letting caregiver take the temperature of their ill patients, as they track their illness and, we hope, recovery.