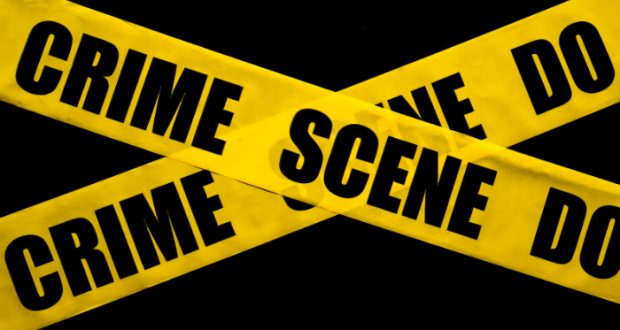 Murder in a Synagogue

Over the past few decades, the Jewish people has experienced an extraordinary number of terrorist attacks. While all evoke great pain over the loss, two stand out as carrying unique significance. In 2014, a terrorist entered a synagogue in the Har Nof neighborhood in Jerusalem and killed people who were praying, including the great tzaddik, Rav Moshe Twersky hy”d. And a little over a week ago, a terrorist in Pittsburgh committed a similar act. The offense to humanity is compounded by the sacrilege, the disruption and disparagement of a house of worship which all good people should respect.

On ideological, emotional and psychological levels, there are reasons to return to a synagogue in which a brutal murder took place and reasons not to return. For example, on the one hand, praying in such a place shows that we will not back down. On the other hand, returning can raise troubling images and serve as a distraction from the prayer. Personally, I lean toward returning in strength but understand those who disagree. On a halakhic level, the question can be raised whether we may pray in a place where a grievous sin was committed.

Sadly, synagogues have been the place of tragedies for centuries, particularly but not exclusively during the Crusades. I found a teshuvah about an 1836 murder in a synagogue in Altona, Germany. The city did not allow for private minyanim with one exception — Rav Ya’akov Emden was allowed to have his own minyan. However, community leadership pressured the attendees to go to the big shul occasionally, presumably to remain part of the broader community. One time, one of the more meticulous attendees at this private minyan reluctantly went to the main shul in town and saw someone treat the shul disrespectfully by smoking a pipe at the entrance during services. This man objected and knocked the pipe out of the other man’s mouth. This other man then pulled out a knife and stabbed the first man fatally — in shul.

Apparently, there was insufficient evidence to convict the killer so the local (gentile) court was willing to acquit him if he swore his innocence. The perpetrator’s rabbi ruled that he was allowed to swear falsely to save his life. Rav Emden wrote this responsum (She’eilas Ya’avetz 2:9) to argue that this murderer, even if penitent, must be punished and may not swear falsely in court. This responsum does not address our question although because this was the large shul in Altona, presumably we would have heard if it was subsequently abandoned due to the murder.

Rav Yisrael Isserlein (Terumas Ha-Deshen 2:210) was asked about a man who allegedly pushed and injured another intentionally while circling the synagogue during Hoshanos on Sukkos. Rav Isserlein considered the testimony showing intent insufficient to punish the violent man. However, he believed that this case could not be ignored because doing so might lead to further injury in shul and even people refraining from attending. It was not just that the man hurt someone else — he did it in shul. He disgraced the sanctity of the place and the Torah scroll, which was held in the center of the synagogue during Hoshanos.

Rav Shmuel de Modena (Responsa Maharshdam, Yoreh De’ah 98) discussed a man who hit another in synagogue. Anyone who raises his hand against another is called wicked. Compounding the sin is that he did it in shul. Maharshdam compares this to the case of someone who insults a friend in the presence of a Torah scholar. The Talmud (Sanhedrin 99b) calls such a man a heretic because he lacks respect for a Torah scholar. Maharshdam suggests the same applies to someone who commits a grievous sin in a shul — his disrespect for the holiness of the place is sacrilegious.

Nearly thirty years ago, I asked Rav Hershel Schachter whether a person may remain in a room where mixed dancing is taking place. He answered in the negative, quoting a Gemara in Avodah Zarah (18b) which discusses the first verse in Tehillim: “Happy is the man who has not walked in the counsel of the wicked, nor stood in the way of sinners, nor sat in the seat of the scornful” (Ps. 1:1). Asks the Gemara (Koren Steinsaltz translation/expansion):

Rav Schachter said that we see from here that clearly you cannot sit with people while they are engaging in a sin. I later found that Rav Moshe Schick offers a similar answer to someone who asked whether he could occasionally attend a synagogue with innovations (choir, bimah in front), which his job required (Responsa Maharam Schick, Orach Chaim 71). Rav Schick quotes Makkos (5b) that those who join with sinners are also sinners. He also points to Yoma (70a) which says that seeing a mitzvah is also a mitzvah. Similarly, he argues, seeing a sin is also a sin.

However, regarding a similar case, Rav Azriel Hildesheimer permitted a shochet to attend a shul with forbidden innovations until he could find a new job (Responsa Rabbi Azriel, Yoreh De’ah 187). I have also seen in the Halachically Speaking periodical by R. Moshe David Lebovits that Rav Yisrael Belsky permitted attendance at a gathering where mixed dancing is occurring (although you may not watch for other reasons). All this addresses intentionally attending a synagogue while a sin is occurring. Our issue is attending subsequently, long after the sin took place.

V. After the Fact

Rav Eliyahu Mizrachi (Responsa, no. 81) addresses such a case. In a synagogue in Aragon, Spain, witnesses discovered the shamash doing improper things with a young man inside the sanctuary. [1]Ba’er Heitev 151:1 and Bi’ur Halakhah 151 s.v. kalus rosh quote responsum 79 and say the shamash was caught with a young woman. I checked the first edition and the responsum is 79 there, as … Continue reading People announced that because such a terrible sin was committed there, everyone is forbidden to pray there, to recite any sacred prayers or even to bring a Torah scroll there.

Rav Mizrachi strongly disagrees. He points out that the Greeks brought idols into the Temple in Jerusalem (Avodah Zarah 52b). Despite that, the Temple returned to its sanctity. Additionally, Rav Mizrachi notes that most Christians of the day kept icons in their homes. For Jews, those statues constitute idols. Yet no one would suggest that a Jew who buys a home from a Christian can never pray in that home. Rather, regardless of what once occurred in a place, it can be subsequently used for prayer.

While some dispute the permission to turn a house of idol worship into a synagogue, in other cases all agree that it may be done. Therefore, a synagogue where even a grievous sin like murder occurs does not lose its sanctity. A wicked person can generate great pain but his impact has limits — he cannot permanently damage the beauty of a synagogue. We cannot allow enemies of God and the Jews to triumph over the good and the holy.