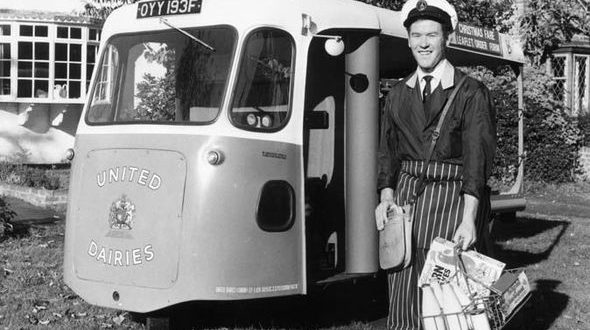 17 Kislev: R. Uzziel on a Milkman Making His Rounds on Shabbat

To stand for something—anything—you must stand against some other things. Whatever the value you wish to uphold, when other people or factors work to deny the value in question, those who support it must either act or see their supposed value fall by the wayside. Shu”t Mishpetei Uzziel 3; Orach Chayyim 39, dated 17 Kislev 5706 (1945), gives us an example.

When a Member Violates Group Standards

HaPoel HaMizrachi, a predecessor of the National Religious Party, conditioned membership on halachic observance, codified in their charter. Its Rishon Le-Tzion branch had a problem with one of its members, a milkman who did his rounds on Shabbat, although on foot rather than with his usual bicycle. They wanted R. Uzziel to advise them as to whether his practice constituted Shabbat violation, to the point they needed to expel him.

[Already, we see the complications of the interaction–he clearly was trying to respect Shabbat in some sense, although he felt he had to deliver the milk; if R. Uzziel decides he is violating Shabbat, and no compromise is found, he would be expelled from the group while still feeling, from his perspective, he had done the best he could. Groups face the recurring challenge of making decisions on questions of fact and policy where others will disagree with them on both.]

R. Uzziel reminds them Shabbat is a day of kedushah and menuchah, terms he will define more fully below. Here, as a start, he says they are intertwined (without kedushah, there can be no menuchah, and vice verse), and consist of more than avoidingmelachah, prohibited Shabbat actions. Similarly, the Torah commands zachor and shamor, remembering and keeping, linking them to tell us neither is complete without the other.

The combination of these values led to the obligation to walk differently on Shabbat than on a weekday, an halachah R. Uzziel takes to require a Jew to keep some reminder of Shabbat with him/her throughout the day. Chazal in Shabbat 113 derived the idea from Yeshayahu 58;13, ve-khibadto me-asot derachecha, and honor it [Shabbat] by not going your own way.

They define kavod as wearing different clothing, walking and talking differently than on ordinary days. R. Uzziel terms these rules gufei Torah, essential Torah ideas, I think to preclude anyone’s dismissing them as rabbinic add-ons to “real” Shabbat observance. These rules, whatever their origin, make a point of how the kedushah of Shabbat frees Jews from the monotonous mundane (the Hebrew is ha-chiloniyut ha-monotonit, which translates more strictly as “the monotonous secular,” but I like the alliteration) of the day to day, which eats away at our bodies and souls.

Shabbat lifts us spiritually, clears our minds and opens us to happiness and joy, lets us cleave to Hashem. Changing our clothing concretizes our shucking of the secular, shows how we leave behind our day to day activities, along with the loss of perspective and suppression of our spirit which comes with it. We instead put on our neshamah yeteirah, the extra element of ourselves Shabbat brings out.

Those are the elements of Shabbat which R. Uzziel thinks Hashem blessed and sanctified, which Yeshayahu (earlier in the verse we saw above) adjured us to call an oneg, a day of pleasure, to honor the day Hashem had sanctified, and which Chazal then codified into law [a vital point: many people think, imply, or say Chazal made up rules to shape Shabbat as they saw best. There’s room to defend their doing so; R. Uzziel wants us to see how, in this instance, their legislation put details onto values already clearly expressed in the Torah and by Yeshayahu].

Another Problem for Our Milkman

His discussion of Shabbat makes clear the milkman has a problem, since he conducts his usual weekday business on Shabbat [R. Uzziel uses the phrase mi-nekudat hashkafah yesodit zot, from this fundamental point of view, a reminder the word hashkafah, sometimes treated as if it means “Jewish thought,” really means point of view, the perspective we are to bring to the world].

In addition, he runs afoul of the halachic concept of uvdin de-chol. Beitzah 29b gave the example of transporting jugs of wine on a holiday, and prohibited doing it as one would during the week. Shulchan Aruch Orach Chayyim 323 records Ran’s view of the problem, we are not supposed to carry out our ordinary weekday activities act on Shabbat (or holidays).

The rule in the Gemara told us to avoid giving the impression we were pursuing our weekday business on Shabbat, where the milkman is actually conducting his ordinary business. R. Uzziel dismisses the change from bicycle to foot delivery as insufficient, because altering how one performs an act (the Mishnah’s recommendation) only works for actions similar to the weekday one, not when the Jew is doing the exact weekday activity. [Clearly, he assumes, we cannot perform weekday business activities, regardless of whether their component actions run afoul of some rule].

In his view, knowingly performing uvdin de-chol, one’s usual business (again, I stress, regardless of whether a particular halachah disallows it) renders the person a Sabbath violator.

Measuring the Milk and Creating the Danger of Writing

A final problem comes at the moment of delivery, where the milkman would pour from his large container into the smaller jugs of the homeowner. Orach Chayyim 323;1 allows a buyer to ask a seller to fill a container s/he is going to take home. But the seller may not fill a measuring jug from which to pour into the buyer’s container (measuring is a problem on Shabbat).

R. Uzziel wonders why this should be allowed; if the seller always or regularly pours directly into the buyer’s container, it seems a full-fledged uvdin de-chol. He cannot imagine Shulchan Aruch would have allowed people to keep their stores open, have customers bring containers and sell whatever foodstuffs on Shabbat, regardless of whether they take money then.

Our milkman is worse, since he goes from house to house pouring out milk. R. Uzziel finds this too similar to Orach Chayyim 307;1, which recorded the prohibition against lending an item on Shabbat while using the word “lend,” because the two parties might forget the day and write down the loan. Since the milkman’s customers take different amounts of milk (and seem not to always take the same amount each day), he, too, might forget and record what gave to whom.

Writing is a full-fledged violation of Shabbat, and R. Uzziel thinks Chazal’s protective rules come where there’s a high probability of a problem, similar to Shabbat 12b’s rule not to read by candlelight lest one tip the candle (causing the oil to burn faster commits hav’arah, burning a fire, which the Torah singles out as a violation). The Gemara there tells us of R. Yishma’el b. Elisha, who was confident he would never make such an error, then became engrossed in his reading and either came close to doing so or actually did so.

The milkman’s decision to ignore the rule also makes him a Sabbath violator, R. Uzziel says.

As if we did not have enough problems with his conduct, he sold non-pasteurized milk, which meant many of his customers were going to heat the milk that day, so he was materially helping them violate Shabbat, a problem of lifnei ‘iver lo titein michshol, do not put a stumbling block before the blind.

I’m skipping some of R. Uzziel’s discussion of the parameters of lifnei ‘iver, but one relevant factor is Rishon le-Tzion’s having only Jews, which means any other milkman these customers would patronize would be Jews as well. In Rishon, there’s no permissible way to get a Shabbat delivery of milk, so this milkman is providing what he should not, and fostering his customers’ Shabbat violations.

Once we know he is violating Shabbat, and thus also HaPoel HaMizrachi’s rules for members, the group has to decide how to react. R. Uzziel reminds them Chazal advised us (Sotah 47a) to push people away with our left and bring them closer with our right, meaning we should try hard not to avoid ruptures based on needed discipline.

On the other hand, not everyone knows the halachic issues involved. Should they see a member of HaPoel HaMizrachi act as he is, they will assume he has found a Shabbat-acceptable way to ply his trade. R. Uzziel is opposed to that outcome as well.

He hopes that this milkman has been acting thus far out of ignorance (as suggested by his decision not to ride his bicycle for his rounds), and might make a better choice if he is informed of the issues gently and pleasantly.  He recommends they reassure the milkman Hashem can provide him a livelihood even if he gives up his Shabbat business (it seems people bought milk day to day, not a subscription that required Shabbat delivery; this milkman was unwilling to forego the money he made on Shabbat. The question would get more complicated if there were no way for him to make any living unless he delivered on Shabbat. R. Uzziel does not discuss that scenario).

He hopes they can convince him to forego his Shabbat rounds, take the short term economic hit, and rely on the Sanctifier of Shabbat to make up for this loss and more. He closes with the confidence their sincere words will convince this milkman, who will return to full observance. [He does not spell out the obverse, what needs to happen should the milkman refuse, another set of issues we’ll have to leave for some other time].