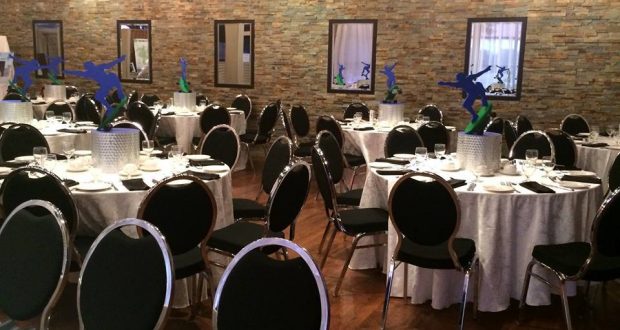 Do the Chatan and Kalla Need to Eat at Sheva Berachot?

Question: Must the chatan and kalla eat (bread) at Sheva Berachot (upper case for the week and the meal; lower case for the berachot recited) in order to recite the berachot? (Sometimes one does not feel well and eats little or nothing.)

Answer: There are several issues, which we will only be able to touch upon, that lack a consensus among classical poskim.

Two overlapping but distinct halachic elements of the Sheva Berachot period (usually a week) are pertinent to our question. One is an obligation of simcha (a week if it is a first marriage for the kalla, three days if she was previously married), in which the chatan must not work but focus on making the kalla happy. The other is that during these days, sheva berachot are to be recited when applicable.

A minyan is required to recite sheva berachot (Ketubot 8a). It is done specifically following Birkat Hamazon of a meal done in celebration of the marriage (Shulchan Aruch, Even Haezer 62:4). There are different opinions as to how many of the participants have to have eaten bread, which necessitates the Birkat Hamazon after the meal – the most prevalent opinion is seven (see Yabia Omer III, EH 11; Nitei Gavriel, Nisuin 102:2).

Does the couple have to be among those who had a full halachic meal? Several Acharonim discuss the matter. Rav Shlomo Kluger (Haelef Lecha Shlomo, Orach Chayim 93) posits that even at the wedding, if the chatan does not bentch with the others, sheva berachot cannot be recited. The logic is that the celebration (including the seudat mitzva) must include the chatan for the berachot to be relevant. This is not unanimously held. The Radbaz (Shut IV:249) justifies a minhag that the chatan would not eat during the wedding, but would do so with the waiters after the wedding and that sheva berachot would be recited at both meals. Nevertheless, most Acharonim (see Tzitz Eliezer XIII:99) accept Rav Shlomo Kluger’s ruling.

What is not as clear is whether this applies to the kalla as well. Rav Kluger (and the Tzitz Eliezer ibid. and Hillel Omer, OC 63, who cite him) writes not to make a beracha if the chatan did not eat bread, but does not mention if the kalla’s not eating would cause the same result. If the kalla is equivalent, we can still ask: is one eating enough or are both required? Let us search elsewhere.

The couple’s presence is needed, even if eating is not. The Ritva (Ketubot 8a) says that chatan/kalla must both be present at the celebration to recite sheva berachot. The Ran (Sukka 25b) writes that it suffices for the chatan or the kalla to be present at the place where the sheva berachot are recited. Neither distinguishes between the chatan and kalla. Rav Ovadia Yosef (Yabia Omer ibid.) assumes there is no reason to distinguish and posits that it is critical for both of them to eat bread (Nitei Gavriel ibid. 5; Hanisuin K’hilchatam 14:86 concur). The Maharam Shick (EH 90) does distinguish, saying that the berachot relate to the mitzva of marriage, which is incumbent specifically on the chatan. Note that while the simcha element is for the kalla’s benefit (see Rama, EH 64:2; Chelkat Mechokek 64:1), the sheva berachot relate more to the chatan (ibid.).

It is undoubtedly proper policy for the chatan and kalla to eat bread at Sheva Berachot. However, we see that it is not unanimous that this is absolutely required. Considering the possibility that the kalla is not critical in this regard and that her feelings are to be respected (always, but especially this week), if she does not feel up to eating bread, she should not be coerced to do so. (In most cases, refusing to recite sheva berachot would be embarrassing and, effectively, coercion). Even regarding a chatan who did not wash when the kalla did, we would not recommend “protesting” if people are planning to recite the sheva berachot anyway (see Sova Semachot 1:(100)).