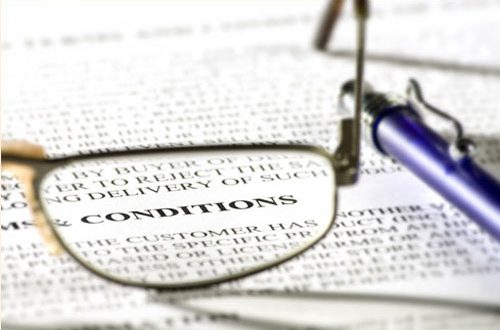 Conditional Get and a Kohen

On other occasions, we have discussed a man giving a get to his wife with a condition, how to avoid leaving her in marital limbo should he go missing in action. Shu”t Meshiv Davar 4;50, dated second day Rosh Chodesh Kislev, 5642 (1881), shows the solution was being used long before there was a State of Israel with soldiers who needed these kinds of clauses. It also shows the dangers of bad halachic advice.

A kohen had gone on a long business trip, and left a get to take effect should he not return within three years. While still within the time (so there’s no chance she’d divorced yet), he realized circumstances were going to prevent his return, although he wanted the marriage to continue. He wrote his wife, asking her to tear up the get (remember the stakes here: he’s a kohen, which means if the get takes effect, they can never remarry).

She went to the rabbi who had arranged the get, and he argued against the idea of tearing up the get [to be charitable to him, he might have worried the husband still might disappear, leaving her with no recourse, which was what the get had hoped to avoid.]

The husband eventually made it back, after the three years, and the two would like to stay married. The rabbi writing Netziv had ruled they could (with some colleagues; we’ll see their reasons), but others demurred, and warned any children she had henceforth would be offspring of an improper marriage for a kohen, making them challalim—denied the privileges of priesthood.

Netziv refuses to offer a ruling, since the people who disagreed are likely of sufficient halachic stature to make counterarguments. Before Netzivcould form a definitive opinion, he’d need to hear both sides. To tell us to consult the Sanhedrin, the Torah said ve-darashta ve-higidu lecha, you will inquire and they will tell you. It doesn’t say they’ll rule for you; for them to share a view, without an official ruling, also required derisha, thorough investigation, for which hearing from both sides is a necessary prerequisite.

What was true of the Sanhedrin applies to him as well, especially on such a serious question as whether a couple can stay together, whether their children can serve as or marry kohanim.

Were the other side to have registered their claims, Netziv reminds his correspondent he would still have had to take caution in arriving at his conclusion. Sanhedrin 7b points out how the Torah juxtaposes the prohibition of stairs to ascend to the altar to the obligation to teach and rule on Torah law. Just as a ramp makes the kohen take a longer route, the judge has to arrive at his decision slowly and temperately, not by rushing the shortest way possible.

He thinks Sanhedrin 88 laid out a web of courts, with a case starting locally and winding its way to the Great Sanhedrin through several levels of appeals, also to ensure judges would deliberate well and slowly. We may be without the system currently, but the care rabbis need to take in determining halachic issues remains the same.

He recognizes the option of refraining from any kind of opinion, but decides his caveats suffice, and he can share thoughts which are not a ruling.

Nullifying a Condition in a Get

The problem starts with the mechanism for how the condition is nullified. Usually, we think the person who was supposed to benefit says, “I count it as if it happened.” [In our case, she could theoretically say, “it’s as if he came back before the three years were up.”]

Rashi to Ketubbot 2b (and elsewhere) seems to think the strategy ineffective. Still, Netziv thinks we’re allowed to follow Rambam and Shulchan ‘Aruch, who accept her declaration of “it’s as if I received” whatever benefit or pleasure the get had required of him [conditions in gittin are often to her benefit—the couple will be divorced unless the husband gives her a certain sum of money by a certain date, for example]. That’s a general view, halachah accepts statements of having received a benefit regardless of the actuality (as in Even HaEzer 38;35, where a woman can say she holds a condition on a marriage fulfilled, and the marriage is then in force).

If Only She Spoke Up

Unfortunately, she did not nullify the condition (which her rabbi could have told her to do). Mechillat ha-tenai, foregoing a condition by saying the person accepts it as if it were fulfilled, happens only with a formal declaration, before witnesses or a court (or, in the case of a get, perhaps just in front of the husband; here, it was not a possibility, since his absence was the problem to overcome).

She had written a letter where she gave the impression she wished to stay married to him even if circumstances kept him away longer than the three years, that she has no interest in marrying anyone else, but that’s what’s called a gilui da’ata, evidence of her state of mind. Again unfortunately, evidence she wanted the condition removed is not the same as her removing that condition, and only the latter has halachic effect and import.

She told the man who had organized the conditional get she wanted to tear it up, but she didn’t in so many words say she wanted to invalidate the condition. More, after their conversation, it was not destroyed, which raises the possibility he convinced her not to get rid of the condition either. That raises enough of a doubt to make us unsure she stayed firm in her plan to push off the get’s taking effect.

He closes with the only remaining hope, there might be some salient information he has not yet been told, which would let them stay together. If not, their bad halachic means the two have to separate and find other ways to spend the rest of their lives