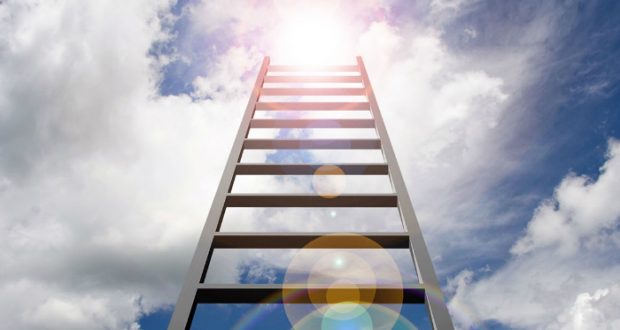 I. Angels and Visions

The Torah speaks explicitly about angels but gives little detail about these supernatural creatures. A debate about these biblical narratives reflects not only different understandings about the nature of angels but also about other crucial concepts.

According to Jewish tradition, Avraham is visited by three angels (Gen. 18:1). Rambam (Moreh Nevukhim 2:42; Mishneh Torah, Hilkhos Yesodei Ha-Torah 2:3-4) writes that any time the Bible speaks of people seeing angels, it occurs in a vision. Angels are incorporeal and cannot be seen. Therefore, the Torah begins by saying generally that God revealed Himself to Avraham and then gave details about the content of that prophetic vision, i.e. the three angels visiting.

Ramban (Gen., ad loc.) sharply disagrees. The details of the narrative seem meaningless if they never really happened. Technically, Avraham did not see a vision of God in this passage. Therefore, the first verse cannot be a summary of the angels’ visit. Also, how can we call everyone who saw an angel a prophet when people whom we know were not prophets, such as Lot, Hagar and Daniel, saw angels? And if the angels were just a vision, did Lot and his family never leave Sodom? Rather, explains the Ramban, angels generally appear in visions but when the Bible states that the angels appeared as people, it means that God created some sort of a physical body for them.

R. Yitzchak Arama (Akeidas Yitzchak, no. 19) disagrees with the Rambam in principle, that we can only see angels in visions and not physically. However, he rejects Ramban’s specific criticisms of the Rambam’s view. He points out that we find many times that someone who saw an angel is referred to as having seen God. And the details of the vision serve the same purpose as the details of narrative had they all occurred as told.

Regarding the non-prophets who saw angels, the Rambam (ibid.) explicitly addressed this. He said that they received a non-prophetic vision, because they were not capable of attaining actual prophecy.

In his commentary on Moreh Nevukhim (2:42), Abarbanel adds that God could, if He wanted, create bodies for angels. However, in his Torah commentary, Abarbanel (Gen. ad loc., p. 234) poses questions on the view that the angels were physical. Where did these bodies come from? Were they born and, if so, to whom? Or were they created as adults, like Adam? What happened to the bodies after the angels’ appearance? If the angels’ spirit left the bodies, the remains should be corpses like any dead body after its soul departs.

Even if the angels appeared in some sort of pseudo-body that only looked real, why did only some people see them and not others (e.g. Num. 22:31; 2 Kings 6:17)? Rather, Abarbanel concludes, the angels must have appeared in visions and not physically. For the non-prophets, the visions directly impacted the senses and not the intellects. But the angels did not appear physically.

Perhaps we can explain Rambam’s reluctance to allow for angelic corporeality and Ramban’s embrace of it based on another debate of theirs. Rambam believes that the world-to-come is purely spiritual, a world of souls (Mishneh Torah, Hilkhos Teshuvah 8:2; see also Kuzari 1:109 who agrees). Indeed, his emphasis on the incorporeal nature of the afterlife confused many into believing that he rejected a messianic-era resurrection. Rambam clarified that while he believes in a general resurrection, that is a one-time event and the eternal afterlife encompasses souls and not bodies.

Raman disagrees (Toras Ha-Adam, Sha’ar Ha-Gemul in Kisvei Ramban, vol. 2 p. 283ff.). He contends that the afterlife occurs during the resurrection era, when we have both body and soul. The ultimate reward is given to the complete person, including the body. (See Sefer Ha-Ikkarim 4:30.)

The Rambam (Mishneh Torah, Hilkhos Teshuvah 8:2), in describing the afterlife, directly compares it to angels today. “The world-to-come has no body or torso, just the souls of the righteous without bodies, like angels.” Rambam similarly writes in his Essay on Resurrection, “I believe that the angels are not bodies, and that the members of the world-to-come are separated souls, namely intellects” (Halkin tr., p. 215; Kafach ed., p. 76).

If we accept this comparison as authoritative, then Rambam and Ramban are both consistent. According to Rambam, just like the afterlife is entirely spiritual without anything physical, so too angels must be entirely without physical representation in this world. The plane of spiritual excellence exists solely beyond the physical. Therefore, angels can only appear in visions and never in physical bodies.

However, according to the Ramban, even the afterlife includes physical human existence. Holiness exists both above and below. Therefore, angels can also attain physical existence in this world and interact directly and physically with people.

2018-11-12
Gil Student
Previous: Conditional Get and a Kohen
Next: Texts: The Shabbos Project