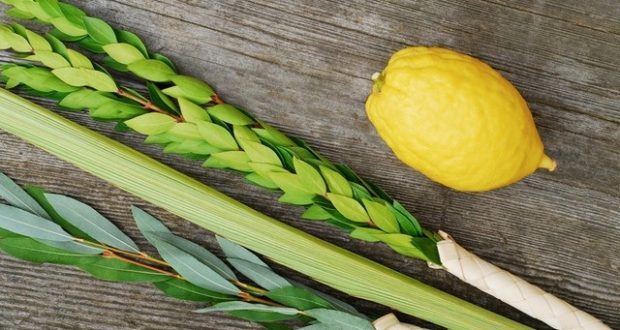 Shu”t Mishpetei Uzziel 4; Inyanim Kelaliyim 6, dated 10 Kislev 5700 (he writes it as taf-resh-nun-nun, 400-200-50-50, I think so it will have four letters in Hebrew, instead of just the two letters taf-shin), responds to a teacher at Porat Yosef (the famed Sephardic yeshiva in the Old City of Jerusalem where, among others, R. Ovadya Yosef studied). The latter had sent some of his chiddushei Torah, insights into topics of Torah, and R. Uzziel reacts.

As we have seen many times, the sign of respect in these situations was to share return thoughts, critiquing elements of the first person’s presentation. R. Uzziel takes up the question of mitzvah de-Rabbanan ha-ba’ah be-‘averah, how halachah views a Jew who fulfills a rabbinic commandment by transgressing a prohibition.  Maggid Mishneh (Laws of Lulav 8;1) assumed Rambam held a Jew cannot use a stolen lulav on the first day of Sukkot even after ye’ush, after the owner has despaired of recovering his item. [He does not say why: as we will see, it’s either because the thief does not own it or because s/he acquired it sinfully.]

Kessef Mishneh disagreed; he understood Rambam to accept the Talmudic view which focused on ownership as the problem with a stolen lulav.Once there’s ye’ush, the despair of the original owner, the thief’s lifting the lulav to fulfill the mitzvah means there’s ye’ush with shinui reshut, a change of the person in legal control of the object, which fully transfers ownership in halachah. The man’s still a thief, but he would seem to have performed a valid act of this mitzvah. [People deficient in one way can and do fulfill other mitzvot, often].

R. Uzziel’s correspondent had suggested Maggid Mishneh might have assumed Rambam had the same view as Tosafot, who said all opinions in the Gemara acknowledge a mitzvah ha-ba’ah be-‘averah problem on the first day of Sukkot, where the obligation is Biblical. Owned or not, the lulav is permanently disqualified for this thief because of the sin he committed in acquiring it.

It’s too good an idea, R. Uzziel says, for Kessef Mishneh to have missed. On second thought, though, Tosafot’s claim seems to contradict the Gemara, which says Shemuel (the amomra, rabbi of the time of the Talmud, who focused on ownership as the problem) did not think theft was a factor on the first day. Only on subsequent days, when the rabbinic obligation of lulav did not include an ownership requirement, did Shemuel bring up theft.

R. Uzziel suggests Kessef Mishneh did not mention Tosafot because of this glaring hole in their reasoning [a surprising idea, since halachic authors do not usually ignore troubling claims by predecessors, they argue with them; perhaps R. Uzziel means Kessef Mishneh did not bring up Tosafot as a way to read Rambam—as Maggid Mishneh did– because of the problems he saw. He did not consider how Tosafot would have explained themselves, however, because Rambam was his subject, not Tosafot. R. Uzziel will suggest an explanation for Tosafot, below].

Kessef Mishneh instead read Rambam to mean ye’ush (despairing of recovery) alone does not create ownership; after that, the lulav can be used, since Rambam did not think mitzvah ha-ba’ah be-‘averah was relevant (as Shemuel seems to say in the Gemara).

The Opposite of Tosafot

Moving away from what Rambam did or did not hold, R. Uzziel thinks mitzvah ha-ba’ah be–’averah should apply more to Rabbinic commandments than to Biblical ones. He concedes Rosh agrees with Tosafot, but thinks it does not make sense—if sin on the way to a mitzvah invalidates the mitzvah, the principle seems equally applicable to rabbinic as well as Biblical mitzvot.

Rosh had raised the Gemara’s citation of Tehillim 10;3—“botzei’a beirech ni-etz Hashem, a thief who blesses reviles Hashem,” to say one cannot make a berachah on such a mitzvah. While he seems to have thought the rule included the bracha on shaking a lulav, R. Uzziel says perhaps it can be limited to where the mitzvah is the blessing (such as Grace After Meals).

R. Uzziel cannot let himself leave Tosafot unexplained, because of a traditional interpretation of Devarim 32;47, “ki lo davar reik hu mi-kem.” The phrase is often translated as “for they are not idle words for you,” but more literally means “for it is not an empty matter from you.” Chazal add, “if it’s empty—it’s from you,” meaning when a piece of Torah looks incomprehensible or wrong, it’s our fault, not the Torah’s.

He suggests Tosafot understood Shemuel to follow a view found in Yerushalmi, few of the factors which would invalidate a lulav on the first day apply on the later days, including its having been stolen (when Chazal obligated Jews to shake a lulav all seven days of Sukkot outside the Temple, this view says, they allowed many kinds of lulavim which could not have been used the first day, including a stolen one).  If so, Rosh’s concern about making a berachah on such a lulav goes away as well; since Chazal decided such lulavim could be used, the blessing is no worse than the mitzvah itself.

The idea of later days of Sukkot using a more lenient standard [true in the Bavli as well, for dried out lulavim, for example], means neither Rambam or Tosafot necessarily excluded rabbinic commandments from mitzvah ha-ba’ah be-‘averah. Lulav was an exception, leaving the general principle intact, one cannot fulfill a mitzvah (even rabbinic) when it takes a sin to get there.

Where the Sin is Rabbinic

This rabbi also read Rashi to have said mitzvah ha-ba’ah be-averah does not interfere with rabbinic obligations. R. Uzziel disagrees, based first on a disagreement about the plain meaning of Rashi’s words (which I am not repeating here, because it’s too technical).

More broadly, he thinks the idea does not make sense. It’s possible Chazal would have exempted all their commandments from such a principle, but unlikely, since Chazal often made their rules more strict than Torah law, to be sure people treated them with the proper respect, not less strict.

A counterexample would be a sukkah at the top of a tree. The Gemara says one can fulfill the mitzvah by residing in such a sukkah, despite the person’s violating a rabbinic prohibition each time s/he climbs the tree on Yom Tov, the holiday days of Sukkot. R. Uzziel dismisses the issue of the severity of the prohibition. In his view, the loophole here lies in the separation between the sin and the mitzvah; the violation occurs on the way to the sukkah, not once the person arrives.

Sins Where the Principle Does Not Come Into Play

We might bring a counterexample from matzah carried on Shabbat, the first night of Pesach (without an eruv). The sin again happens before the mitzvah, so R. Uzziel’s rule should mean we could use the matzah for the mitzvah. Here, another problem arises, says R. Uzziel, the sin happened to the item of mitzvah itself, tainting it irrecoverably. The sukkah in the tree was not used or implicated in the climbing which preceded it.

The rabbi writing R. Uzziel took his discussion another step, to explain why Rambam required a refund by someone who had sold Biblically prohibited food, regardless of whether the food was still in existence (even if the buyer ate what turned out to be pig). For rabbinically prohibited foods, Rambam obligated a refund only if the purchaser still had the food in his/her possession.  R. Uzziel compliments his idea, but thinks it starts with a mistaken assumption. The man thinks the money is returned because the buyer got no benefit, where R. Uzziel thinks Chzal fined the seller, only for Biblically prohibited items.

Ketzot inferred his idea from Eruvin 47, which tells us how to handle a situation where we do not know the proper halachic ruling. For rabbinic issues, the Gemara says to act as seems best in the moment, then investigate the issue thoroughly, advice which makes sense only if transgressions in error are not deep problems. For Biblical prohibitions, the Gemara says to investigate the law thoroughly before acting, because—says Ketzot—all transgressions, regardless of what the sinner knew or did not, are exactly that serious.

R. Uzziel is not convinced the line of reasoning matters here. Just the price difference between Biblically permissible and prohibited food might explain why we require the seller to return the money (since the buyer paid the higher price).  Besides, he thinks the evidence shows mitzvah ha-ba’ah be-‘averah, wherever it applies, does so equally for rabbinic laws as for Biblical ones (except for explicit exceptions, such as lulav after the first day). And it does so, he throws in, for rabbinic commandments which amend or append an existing Biblical one as well as for those with no direct basis in Torah law (which are sometimes differentiated from each other).