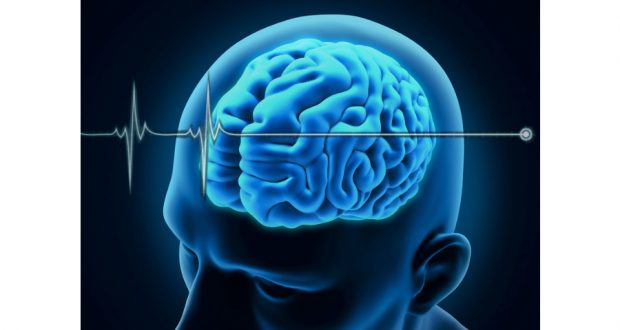 RSZA on Time of Death, Brain Death, and Organ Transplants

In Shu”t Minchat Shelomo Tinyana (2-3) 86, R. Shlomo Zalman Auerbach (RSZA) gathered several short responsa into one chapter, with different pieces carrying different dates. One is dated 4 Marcheshvan 5753 (1992), giving us the opportunity to learn some more from this great Torah scholar (as it happens, as I am publishing this, last week’s responsum was also by RSZA, but as far as I can tell, that’s coincidence; out of 460 responsa in this series, I only used eight of RSZA’s).

The first part of this responsum is my 2 Nisan entry in this series; we’re up to number five of the responsa in the chapter, which was dated RH Adar 5728 (1968), about how we establish death for the purposes of taking a part of a corpse for use in a live patient. RSZA says he is only commenting on the issue, not ruling, leaving his correspondent free to choose whichever answer seems best to him (a reminder that we must follow rulings we receive from a posek; RSZA means to limit his comments to advice, freeing the questioner to take another view).

Dead Bodies Must Be Used to Save Lives If Possible

His correspondent apparently thought our need for caution in determining death should make it impossible to remove body parts for transplantation anywhere near soon enough to be workable. RSZA disagrees; Chatam Sofer allowed burying a person as soon as we had established s/he was no longer breathing, which must mean we would also allow taking body parts to save another life. He also rejects the need for consent, by the deceased and/or relatives, since they have no right to deny a life-saving body part when they can make no use of it.

In contrast, a goses, a person in the throes of dying, is still making use of his/her body parts; to take them would hasten this person’s death, which is not allowed. [We cannot take the body part too early, because we’ll be killing the person, but once the person has passed away, we must take it, regardless of the family’s feelings on the issue.]

His insistence on taking and using body parts runs into the challenge of deciding when the person has passed away. Chatam Sofer spoke about cessation of breathing, whereas Rema implies the need for better evidence. Orach Chayyim 330;5 required Jews to violate Shabbat to perform a Caesarean on a mother who died in childbirth, to save the baby. Rema said Ashkenazic Jews no longer do this, for fear of mistaking her condition, deciding she passed away before she had.

RSZA’s questioner thought Rema meant the breathing standard was unreliable. RSZA again disagree, says Rema worried about a second issue, ‘iluf, a sort of fainting, where the patient seems dead, might stop breathing for what seems to us too long to still be alive, but then resumes breathing [stories of deathbeds, and movie or TV representations, make clear some dying people stop breathing for long enough to make those around them think they’ve passed away, and then return to breathing].

Chatam Sofer did not dispute Rema, RSZA thinks, he would agree we have to wait for breathing to stop long enough to be certain of death (Chatam Sofer did not speak about it, because he was discussing burial, the preparation for which took much longer than that anyway). The time needed to be sure breathing has fully stopped is too long for a fetus to survive, which is what Rema meant.

Time of death has become more complicated, RSZA says, given advances in medicine. In a general note too few people remember, RSZA says whenever the Gemara makes a rule that depends on certain facts, as those facts change, the rule changes, too. Some might decry what seems a move to change halachah, where RSZA is saying it’s the appropriate response to changed circumstances.

For example, the Gemara unequivocally negated the possibility a baby born after eight months of pregnancy could live, and therefore prohibits violating Shabbat to try to save it.  Today, when some five or six month preemies can live, despite their lacking the hair or fingernails the Gemara said were necessary to be possibly viable, RSZA says the Gemara’s rule clearly no longer applies. Since our ability to save these lives has advanced, our right to violate Shabbat for them has changed as well.

His discussion of advances in saving babies leads him to an interesting parenthetical speculation about premature animals. The Gemara said they cannot be kosher meat, since they cannot live (so they are like terefot, unfit for slaughter and consumption). Once we are able to save such animals, and they’ll live full lives, he’s not sure whether we can also decide they are not terefot.

The issue matters also for our halachic consideration of murder of a mortally wounded person. Courts would not put such a murderer to death, since the victim was going to die anyway [it’s still murder, but not the kind the court punishes with the formal death penalty]. Rambam makes clear, however, that the definition of a mortal wound depends on contemporary medicine, not the Gemara’s view of which wounds heal. [As opposed to animal’s wounds, where Rambam did take the Gemara’s list of what renders an animal inedible as a terefah to be set, unaffected by medical advances].

Death Is Still Cessation of Breathing

Applied to our question, death is defined by that which contemporary medicine sees as irreversible. People the Gemara saw as doomed, such as someone trapped in the rubble of a building collapse who had no pulse or respiration, are today eminently revivable, so halachah allows violating Shabbat to extract and save them. Similarly, we would be committing something akin to murder if we insisted on burying a person who stopped breathing, rather than perform mouth to mouth resuscitation.

For RSZA, as long as medicine might be able to revive someone, we must treat the patient, deceased as s/he might seem (or be, barring an intervention), as in a state of ‘iluf, where continued life is possible. He’s careful to say he does not mean Chazal were wrong about what constitutes death. Breathing does define life, as they said, medicine has given us more ways to restore breathing. What used to be final now turns out to be pauses we’ve figured out how [or, which Hashem has shown doctors how] to interrupt before they cascade into death, like the ‘iluf the Gemara knew.

On the other hand, if efforts to resuscitate the patient are unsuccessful, RSZA thinks death came with the original cessation of breath. Otherwise, Rema’s ruling doesn’t work, since we should bring the knife to open the deceased mother at whatever point we’re confident she’s passed on. If we can say she had iluf for a while and then passed, the baby might still be living. That Rema says we’ll clearly have to wait long enough that the baby cannot live means that once the mother doesn’t resume breathing, we retroactively realize the original stoppage was the moment of death.

As RSZA notes, his view sees the time after cessation of breath an uncertain one. Were successful medical care to be administered, we would realize the patient was in a state of ‘iluf. Barring such care, we would say the moment of death was when the breathing stopped [dramatic depictions of such scenes have doctors declare the time of death when they’ve despaired of success in their efforts, whereas RSZA says halachah would see their failure as proof death happened earlier, when the patient’s breathing first stopped. The question matters for other issues as well, since time of death affects inheritances, or yibum, etc.]

Brain Death and the Push to Transplantation

By 4 Marcheshvan 5753 (1992), the date we wanted, the field of medicine had settled on brain death as a legitimate determinant of death [this continues to be a hotly debated halachic topic, and I am not weighing in at all, nor should my selection of this responsum imply anything about any view I may or may not have. We are here to learn from a great Torah scholar, and I never mean these studies to indicate what we should do in practice. Although one could do a whole lot worse than following RSZA’s views on halachah, on almost every if not every occasion]. RSZA this time responded to an accuser who said he was indifferent to saving lives when he ruled against accepting the brain death criterion.

RSZA reminds him, gently, of the seriousness of killing, including shortening the life of a goses. We want to save all the lives we can, as long as we do not commit murder to do it.

The Value of Medical Assessments

The questioner had pointed to a Mishnah on Sanhedrin 78a, which holds an assailant liable for murder if s/he strikes another Jew in a way the doctors declared lethal, even if the victim rallied but then worsened and died. The doctors’ evaluation shapes our view of the patient’s prospects [which implies we should accept doctors’ declarations of a person to be dead as well].

RSZA points out the questioner has exaggerated halachah’s reliance on the doctors. Were we to fully trust their assessment of the blow as fatal, we would immediately try and punish the attacker. Instead, if the victim gets better and leaves the hospital, the attacker only has to pay for the damages. In the case of brain death, as well, the doctors’ confidence the patient will die cannot be enough to justify our immediately removing organs from the person, since s/he might currently still be alive.

Nor would consent help, since a living person has no right to forfeit vital organs, regardless of how little time s/he still has to use them.

What We See Matters

Along the way in the responsum, RSZA reveals some of what troubles him about brain death. First, he is bothered by tradition’s never mentioning it as a possibility. He seems to me to have focused more, however, on the lack of visible evidence of it. Death should leave some external sign as well as whatever is going on inside the person.

We might take that as a naïve statement, since we today assume much of importance to our health takes place solely internally, with no outward signs until far along in the process. I wonder whether he might have been saying something deeper about how halachah treats these kinds of issues. Since halachah tells us how to act and construct the world around us, I think he was saying we react largely only to the observable.

I can’t be sure that’s what he meant, but—skipping long other parts of this collected responsum—that’s what RSZA gave us this day, a vigorous endorsement of transplanting body parts from the deceased if that will save lives, balanced by significant caution as to how we determine death, especially in the face of medical advances that expand our ability to save and/or restore life.