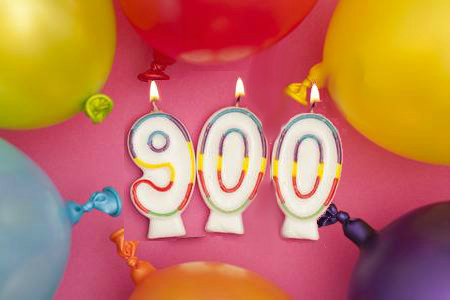 The biblical lists of generations include descriptions of very long lives. For example, Adam lived 930 years (Gen. 5:5), Noach 950 (9:29), and the longest — Mesushelach 969 (5:27). How do we relate to these descriptions of longevity, well beyond anything we can expect of human beings? Two approaches emerge from Medieval Jewish commentary.

I. Theories of Longevity

Rambam (Moreh Nevukhim 2:47) finds this question puzzling and says that these individuals were exceptions. Nearly all people in biblical times lived to ages similar to people of all eras. Regarding the biblical figures, Rambam offers two suggestions that he says are the only possibilities: either they ate and behaved in such healthy manners that they achieved exceptionally long lives or they acted normally but lived longer due to miracle.

Ramban (Gen. 5:4) asks why these people would merit a miracle. Not all of them were prophets or righteous people, meriting the same miracle for generation after generation. If their longevity was due to healthy living, how could that more than quadruple someone’s lifespan? Certainly that knowledge of long life would have been transmitted throughout the generations so that even post-biblical individuals would live such long lives. Yet we have no record of that.

Rather, Ramban offers a completely different explanation for the long lives in the early Bible. These extended biblical lifespans were not exceptions but characteristic of their times. Adam was divinely created directly, so that even after his expulsion he naturally lived a very long life. His descendants inherited this naturally long life. However, the Flood changed the nature of the atmosphere. The air deteriorated and damaged the human organism, dramatically reducing lifespans. Man didn’t change but his environment did. Even after the Flood, specific righteous individuals merited longer lives but nothing like the pre-Flood lifespans.

Rabbeinu Nissim of Gerona (Ran; quoted in Abarbanel, Gen. 5:3) challenges Ramban’s approach. Ran points out that the Flood was a punishment, not a natural occurrence. Once the generation received its punishment, the effects of the Flood should recede. According to Ramban, the Flood’s impact remains for millennia. Even if we consider the Flood a natural event, we face a different problem. We can detect ourselves that after a heavy rain, the air is cleaner than before, not dirtier. A natural rain would have washed away toxins, not inserted them into the atmosphere.

Ritva (Sefer Zikaron, ch. 2) defends Rambam. He points out that the scientists of his time were skeptical of the possibility that the atmosphere changed dramatically. It is more likely that the world has remained in its natural since it was created, except during miracles. Additionally, while good living can greatly extend someone’s life, the same behavior will work differently for each person. A person’s physical make-up, including his genetics, affect the length of his life. Furthermore, not all knowledge is successfully transmitted through time. Some get lost to history. The fact that people today do not know how to achieve long lives does not mean that no one ever knew. And if the longevity was miraculous, we cannot ask why God performed those miracles. The divine wisdom is inscrutable.

Abarbanel (Gen. 5:3) offers possible reasons for these miracles. It was not for the benefit of those individuals but for their societies. First, the world at this stage was barely populated. Long lives allowed for fewer people over centuries to live as large groups. That reason would have greater explanatory power if everyone lived long lives. However, Rambam believes only specific individuals enjoyed this longevity.

Abarbanel offers another, perhaps better, reason for the miracle — to allow for the continuity and development of knowledge. The basic inventions that allowed for societies required innovation. Individuals require time to learn what others have discovered and can only then innovate themselves. Imagine what would have happened if Newton had lived to team up with Einstein. The combined brainpower would have moved science decades ahead. Longer lifespans for unique individuals enables experimentation and innovation while also allowing for the sharing of knowledge across many generations.

In defense of Ramban, Abarbanel suggests that people damage their bodies when they eat and otherwise act improperly. People passed on that damage to their children, who further damaged their bodies. When generation after generation eat and act gluttonously, they debilitate their bodies and shorten their lives. After the Flood, people were further hurt not by the air but by the weak food that was grown in soil depleted of minerals. Additionally, after the Flood people began eating meat and drinking wine, which also diminished their lifespan.

I suggest that this debate between Rambam and Ramban about the longevity of early biblical lives is somewhat related to a different debate. The Mishnah (Chullin 42a) lists specific tereifos, deathly injuries that render kosher slaughter (shechitah) invalid. The Gemara (ad loc.) records a debate whether a tereifah, an animal with one of these eighteen injuries can continue living. Later (ibid., 57a), the conclusion seems to be that a tereifah cannot live longer than 12 more months. What if an animal with one of these injuries does, in fact, continue living?

Rambam (Mishneh Torah, Hilkhos Shechitah 10:13) says that even if we see based on the scientific tools at our disposal that a certain tereifah continues living, we still treat it like a tereifah and refrain from eating it. in contrast, Rashba (Responsa 1:98) says that if a scientist says that a tereifah lived longer than months, he must be mistaken.

According to Rambam, the normal rules for longevity allow for exceptional cases. Those exceptions do not invalidate the norm but also do not prevent us from using the general rule as a guide. While the Rashba sees the rules of longevity as absolute. According to him, it is implausible that animals under similar circumstances mortality will respond dramatically differently.

This debate seems to mirror that of Rambam and Ramban regarding the longevity in the Bible. According to Rambam, human longevity never changed and those mentioned in the early Bible are exceptions. Those exceptions do not invalidate the general rule, no matter how surprising they may be. Ramban and Rashba seem to agree that these rules do not allow for dramatic exceptions. Longevity can vary but only within limits.