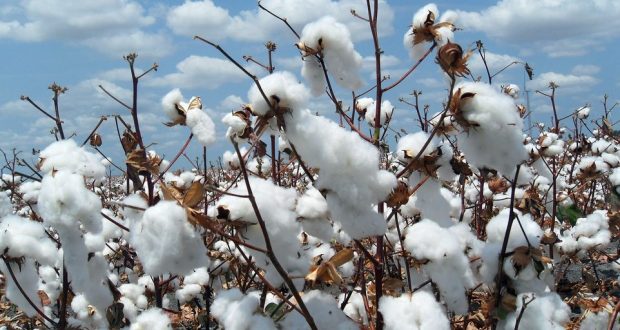 27 Tishrei: RSZA on Cotton and Shemittah

We don’t get to see R. Shlomo Zalman Auerbach’s responsa as often as I’d like, so I took advantage of the opportunity provided by Shu”t Minchat Shlomo Tinyana 119, dated 27 Tishrei 5727 (1966). R. Auerbach is writing to R. Yehoshu’a Moshe Aaronson, an expert in the halachot of agriculture from Petach Tikvah. R. Aaronson had sent R. Auerbach an essay arguing to exempt cotton fibers from the sanctity of shemittah.

R. Auerbach apologizes for not replying sooner, since he had not had the time when he first read the work. As he revisits the issue now, he consulted the notes he made as he originally read it. Before we get to substance, we have an image of RSZA himself—someone sent him a piece of Torah, he made notes as he read, whether or not he was going to write back about it. When the time came, he could reconstruct his thoughts to respond.

From the response, R. Aaronson seems to have suggested exempting cotton fibers from the laws of shemittah because cotton counts as a tree for these purposes. (Halachah prescribes kedushah, sanctity, to shemittah produce; in addition to whether we may plant or harvest, shemittah limits how we can use and/or dispose of its produce).

RSZA is surprised by the claim, since the Gemara explicitly includes lulavim in shemittah laws, and lulavim are unequivocally branches of a tree. Tree-ness does not preclude shemimttah inclusion, in other words. As an aside, he says we no longer apply the sanctity of shemittah to lulavim because we no longer use them as brooms (so they no longer have ordinary human use, and therefore do not count as a product of the tree).

Besides, the majority of lulavim are used for firewood, which should also exclude them from counting as produce. Except, he then questions himself parenthetically, people today use wood for furniture, home heating, and cooking; if so, perhaps we have to treat wood like produce, a question he thinks is discussed in a Tosafot Baba Kamma 101b. He does not go further, since those details do not apply to cotton fibers, which are not at all trees.

R. Aaronson had noted our treatment of flax as a tree for many halachic purposes. RSZA disagrees; in his view, we consider flax yotzei min ha-etz, the product of a tree (which would leave unsettled the question of which halachot apply to it, and would mean its precedent is only relevant to cotton if we can say the cotton plant itself counts as a tree). Also, the Mishnah which treats flax as tree-like speaks only about whether we can use it as fuel for Shabbat candles; it does not necessarily mean it has all the rules of a tree or a yotzei min ha-‘etz.

More, R. Aaronson’s description of the cotton fibers makes them sound closer to cotton than to flax, and rishonim all treated cotton as produce of a tree for shemittah purposes [I find these lines a bit confusing, because RSZA uses a different word for cotton, tzemer gefen, when before he referred to sivei kutnah, cotton fibers. I think the fibers had only recently come into use, which was why R. Aaronson was discussing their shemittah status. RSZA is saying his description of them makes them sound close enough to the cotton which had been in use for centuries to compare them more to that, which clearly did fall under the purview of shemittah rules].

On the question of whether the item can be used by people, RSZA points to tobacco, which all later authorities took for granted had shemittah sanctity, despite its being used solely for burning in a cigar. Shabbat 90a gives the impression sulphur would have counted as a shemittah product if it grew in the ground, and sulphur, too, is used only for burning.

His first points of disagreement: trees themselves sometimes become shemittah items, and cotton fibers cannot be dismissed as trees anyway.

RSZA then notes Sukkah 41a, which prohibits buying clothing with money of shevi’it (shemittah produce can be “sold,” but the money must be used to buy items which will be consumed within the same time frame the produce itself has to be consumed). The rule sounds like clothing cannot qualify, which should then mean whatever growth becomes the material of clothing (such as cotton fibers) are also not covered by shemittah rules.

He then questions clothing’s exclusion, because we make clothing from materials which grow in the ground, which should mean the clothing itself has some shemittah status. Other types of items we use xhemittah money to buy, such as meat, fish, or mashkin ha-yotzin, juices which seep from fruit, would clearly acquire sanctity of shevi’it were they to grow on trees. The theoretical possibility they could have had shemittah sanctity is what justifies using money of shevi’it to buy them, he says (as he notes, the use of shemittah money for fruit juices surprises us in particular, since the Gemara in some contexts refers to them as zei’ah be-‘alma, an inconsequential secretion; they qualify as full liquids here only because in other contexts we treat them as full liquids, such as for whether one has violated Yom Kippur by drinking them).

Clothing or furniture come from trees which are included in shevi’it, so RSZA does not understand why they’re excluded from purchase (he thinks Tosafot and Rashi to Bechorot 40 were bothered by this as well).  Nonetheless, for reasons he candidly admits he does not understand, the Gemara did not allow it.

If so, however, there’s no reason to think the cotton fibers are considered shemittah produce. (To clarify: he thinks clothing should have counted as plant products and therefore be included in shemittah rules, including using shemittah money to buy them, no worse than meat and fish. Once halachah treats them differently, for whatever reason, he does not see why the fibers which produce them would be considered shemittah produce, since their only use is to make clothes. As he says this, though, remember that he does not agree, he’s only sharing a puzzling aspect of the issue. He still disagrees with R. Aaronson’s arguments to exempt them).

Change Does Not Exclude From Shevi’it

In the course of his discussion, R. Aaronson said we exclude pishtan, flax, from shemittah concerns because it can only be used once it’s completely processed into linen, an altogether different material [today, when many people eat flaxseed, we would have to revisit the idea even were we to accept it]. He quoted Chazon Ish as agreeing.

RSZA refutes the reasoning. Dyes, cleaning agents, and spices are all processed before use, yet some authorities accorded them the sanctity of shevi’t. Spices are a strong counterexample, he says, since all they do is enhance other foods and yet are still treated as shemittah items.

More, many pieces of furniture are less different than their original plant/tree than dyes or spices, yet they still are not subject to shemittah rules. (Later in the responsum, he notes sugar and flour, both of which we change significantly and unrecognizably before consuming, yet are clearly included in shemittah).

R. Aaronson had suggested another parallel. mUktzin 3;6 speaks of peritzei zeitim, olives which the press fails to squash. Beit Hillel thought such olives did not qualify as food for the purposes of tumat ochlin, ritual impurity of food (and so, too, cotton seeds). RSZA differentiates between the olives, which will never produce anything humans will use or consume, and cotton seeds, often squeezed for their oil, which should make their raw form a shemittah product as well.

I am skipping a few more cleanup points he makes, because we have seen the essence of his point: much of what R. Aaronson wrote to exempt cotton seeds or fibers from shemittah does not convince him.

RSZA does not say, but certainly gives the impression he continues to believe such seeds and fibers count as shemittah products.