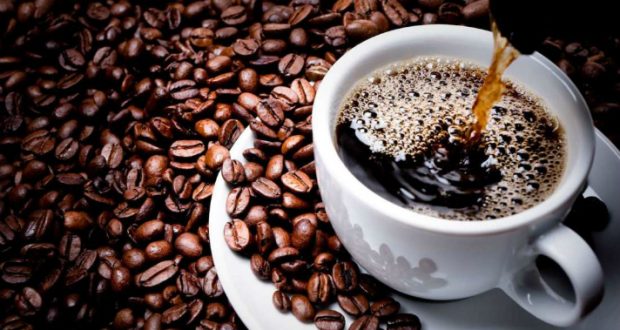 As a general rule, it is forbidden to eat foods that were cooked by a non-Jew, a concept known as bishul akum. Even if all the ingredients of a cooked food are otherwise kosher, the food may be prohibited to eat if it was cooked by a non-Jew. [1]There is a dispute whether a Jew must be entirely involved in the cooking process in order to remove any bishul akum consideration or whether it suffices for a Jew to simply contribute to the cooking … Continue reading  The rules of bishul akum only apply to foods that are “suitable for the table of a king.” [2]Avoda Zara 38a.  According to some authorities, only food that is generally eaten in the course of a bread meal is subject to these laws. [3]Ritva, Avoda Zara 38a.  The primary reason that the sages instituted the restriction of bishul akum was in order to curb the chances of intermarriage. [4]Avoda Zara 35b; Rambam, Hilchot Maachalot Assurot 17:9.  It is also a precautionary measure in order to better ensure that the food one eats is indeed kosher. [5]Rashi, Avoda Zara 38b.

There is much discussion as to whether coffee is subject to the restrictions of bishul akum. Since coffee is a drink that is made by cooking water, one might think that it is forbidden to drink coffee prepared by a non-Jew. However, foods that are routinely eaten raw, or that are only being cooked because one wishes to enjoy them warm or soft, are not subject to any bishul akum restrictions. [6]Avoda Zara 38a.

There may, however, be a different bishul akum concern regarding coffee. Although coffee generally consists of only two ingredients, coffee and water, coffee is never consumed raw. Indeed, it is not possible to properly enjoy coffee beans without first roasting them. Since coffee is a food that is not eaten raw, perhaps it is subject to bishul akum and should, therefore, not be prepared by a non-Jew.

Nevertheless, many halachic authorities argue that since coffee is not a mainstay of a meal, nor is it used as a condiment with bread, it is not subject to any bishul akum restrictions. [7]Pri Chadash, YD 114:6.  It is also noted that the primary ingredient of coffee (water) is regularly consumed “raw.” It is argued, therefore, that since coffee is a drink that is primarily water – a food item that is not subject to any bishul akum restrictions – it is permissible to drink coffee prepared by a non-Jew. [8]Chochmat Adam 66:14.  Furthermore, coffee grounds lose their identity within the water they are mixed into, which further mitigates any bishul akum concerns. [9]Ben Ish Chai, Chukat 16; Aruch Hashulchan, YD 113:22.

There are additional grounds for leniency if one personally adds sugar and/or milk to one’s coffee. This is because, for most people, coffee is considered to be “incomplete” and unfit for drinking until these condiments are added. When one personally adds condiments to one’s coffee, it is as if the non-Jew merely began the coffee-making process while it is a Jew, by adding the needed condiments, who actually completed it. Indeed, there are generally no concerns for bishul akum if a Jew just completes the cooking process of a food item. [10]Teshuvot V’hanhagot 4:193.

Based on the above considerations, most halachic authorities permit one to drink coffee that was prepared by a non-Jew. [11]Aruch Hashulchan, YD 113:22; Meishiv Milchama 2:146; Yechave Daat 4:44; Rivevot Ephraim 6:79.  Although there are those who choose to refrain from doing so, this should be considered a personal stringency and not a halachic requirement. [12]Ben Ish Chai, Chukat 16; Vayomer Yitzchak, YD 50; Shevet Halevi 2:44; Yechave Da’at 4:42.  Nevertheless, some sources recommend not drinking coffee made by a non-Jew during the Ten Days of Repentance when stringency in halacha, especially in the area of kashrut, is in order. [13]Chemdat Yamim, Yamim Nora’im, Chapter 5; Kemach Solet, Hilchot Aseret Yemei Teshuva, Moed Lekol Chaim 16:2. I found these sources in Eliezer Brodt’s “Bein Kesseh L’asor” p. 114.

Even though it is technically permitted to drink coffee prepared by a non-Jew, one should not use coffee as a medium for frequent socializing with non-Jews, as it could lead to intermarriage. [14]Radbaz 3:637; Maharikash, YD 114; Chochmat Adam 66:14; Ben Ish Chai, Chukat 2:16.  In fact, there was once a decree in certain communities that anyone who used “kosher coffee” as a pretext for socializing with non-Jews in their cafes was ineligible to become a rabbi. [15]Bein Yisrael L’nochri, Y.D 11:7 note 21.  Nevertheless, one should always be civil and cordial with one’s non-Jewish neighbors, and periodic socializing is sometimes in order. [16]Pitchei Teshuva, YD 114:1; Kaf Hachaim, YD 114:12. One should certainly never come across as arrogant or exclusionary over this issue. [17]Kaf Hachaim, YD 114:14.

It goes without saying that all the ingredients of, and additives to, coffee must be kosher. Coffee is a much more sophisticated and elaborate drink than it once was. Today, all types of flavorings and syrups are regularly added to coffee, so one must be especially careful of any kashrut concerns when ordering coffee nowadays. It is noted that coffee is not mentioned in the Shulchan Aruch which has led scholars to assert that it was only introduced into Jewish communities after the Shulchan Aruch had been completed. There is even a compelling theory that the custom of staying up all night on Shavuot only became widespread after the discovery and proliferation of coffee, which made it easier to do so! [27]Elliot Horowitz, Coffee, Coffeehouses and the Nocturnal Rituals of Early Modern Jewry, AJS Review, 1989, pp.17-46.

When making instant coffee on Shabbos, one should not pour hot water directly from an urn of kettle onto instant coffee powder. This is due to the uncertainty as to how the instant coffee was manufactured, and the halachic ramifications of each of the different possibilities. [28]See Meor Hashabbat 5:25. Due to the debate over whether instant coffee powder has the status of a liquid or a solid, [29]See for example, Mishna Berura 318:39, 71. See also Igrot Moshe, OC 4:74:1. one should, at the very least, first fill a cup with hot water from the urn or kettle, and then put the instant coffee into the cup. In this way, the instant coffee is being put into a kli sheini (a “second vessel”) which is unable to cook a previously cooked liquid. [30]Minchat Yitzchak 1:55; 9:27; Chelkat Yaakov 2:116; Shemirat Shabbat K’hilchata 1 note 135; Yechaveh Da’at 2:44. If one wants to comply with the more stringent view, one should pour the water from the first cup into another cup, and put the instant coffee into this second cup. Doing so turns the second cup into a kli shlishi (a “third vessel”) which allows one to heat up or even cook almost anything on Shabbat. [31]Meor Hashabbat 1:5:25; Shevet Halevi 8:63; Igrot Moshe, OC 4:74:16.

On a related coffee note, Rav Hershel Schachter rules that there is no issue of marit ayin to purchase coffee at a McDonalds, or similar food outlet, when traveling. Rav Yisroel Belsky agrees that this is permitted, but rules that one should not sit down at the restaurant tables, which might lead onlookers to believe that one purchased more than just coffee. Rather, one should sit outside or at some other “neutral” location. Rav Schachter recommends waiting to drink the coffee until one returns to one’s car. He also adds that even one who is ordinarily stringent in such matters should not hesitate to be lenient if one is feeling tired and needs a coffee in order to refresh and “wake up.” This is because driving while tired is a biblical violation of v’nishmartem me’od l’nafshoteichem and is certainly much worse than any marit ayin concerns that may arise from drinking a cup of coffee at McDonalds. [32]Cited at: http://hirhurim.blogspot.com/2010/02/coffee-on-road.html. See also Igrot Moshe, OC 1:96.