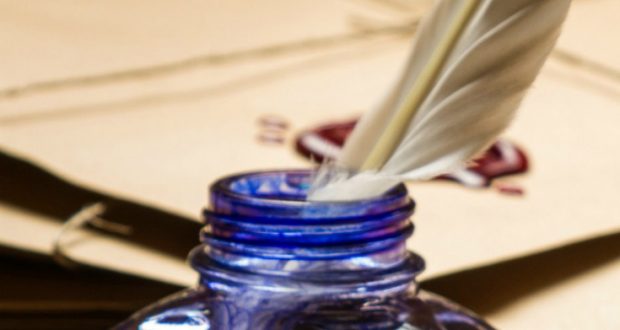 Chol HaMo’ed of both Pesach and Sukkot has been the hardest time for me to find responsa, and Shu”t Mishneh Halachot 3;76 (undated, but it’s the best I could do) gives us one reason. R. Menashe Klein had dated responsum 53 in that volume of his responsa to the first day of Chol HaMo’ed Pesach, earning a rebuke from a questioner, who thought writing on Chol Ha-Mo’ed, prohibited even for words of Torah.

Rosh and Post-Pesach Prayers for Precipitation

The questioner cited Shu”t Ha-Rosh 4;10, on a completely different topic, but which ends with a note relevant to our discussion. In 5073 (1313), there was insufficient rain in Spain (I don’t know if it fell mostly on the plain), a lack serious enough for the Jewish community to have already held a fast day.

On the first night of Pesach, Rosh floated the idea of continuing to ask for rain—to say ve-ten tal u-matar, give dew and rain, in the blessing of mevarech ha-shanim, the ninth of the Amidah, which asks for our sustenance in all ways, including rain. Ordinarily, we switch to ve-ten berachah, asking for a general blessing, since the rainy season is over, at Pesach. Rosh knew of no rule which required stopping, and suggested their need justified continuing until Shavuot.

The people present approved [Rosh, an historically important rabbinic leader, a scholar for the ages, still had to worry about communal approval!], so the next day the chazzan did not say tefillat tal, the prayer for dew, and continued praying as if it was still winter.

Torah scholars who were there [and felt themselves enough Rosh’s equals to disagree out loud, natch] protested. They claimed praying for rain beyond Pesach was a siman kelalah, a sign of being cursed. Rosh did not respond right away, but the first night of Chol HaMo’ed he penned a defense of his view.

He says he had already thought of this idea when he still lived in Germany (he had left in 1305 because of persecutions in Germany, bringing the period of the Tosafists to a clear end). The growing season there spanned similar dates to those of Israel, so he saw no reason to wait to ask for rain until December (as Jews do outside of Israel, for quirks of the calendar which have been explained many times, as a Google search shows).

Rosh thought the timing of a prayer tied to seasons and farming should be local, based on local needs, not a blanket date for the entire diaspora.

The part relevant to us comes when he closes the responsum by saying he would ordinarily not write on Chol HaMo’ed, but for the pressing necessity. There was an issue of  chillul shem Shamayim, desecration of Hashem’s Name [I think he means were he to have made a mistake in public, it would constitute a chillul Hashem; for as long as he let the impression continue, the Name was being desecrated], and the issue had a bit of tzorech mo’ed, being part of the needs of the holiday [which allows performing certain acts on chol Ha-Mo’ed, during the Intermediate Days of the Holiday].

R. Klein’s questioner sees Rosh as supporting his point. Rosh said he did not generally write on Chol Ha-Mo’ed and had never seen his teachers do so. The questioner drew the implication this was true for matters of Torah, since Rosh required the pressing nature of the matter to justify his choice to write this Torah idea.

R. Klein disputes the conclusion. Rosh had said it wasn’t his usual practice to write on Chol Ha-Mo’ed; to R. Klein’s ear, Rosh meant he had adopted a personal stringency, but thought baseline halachah did allow recording one’s insights into Torah. Regardless of how we read Rosh, Bach and other important authorities very clearly wrote novellae on Chol Ha-Mo’ed, a practice which R. Klein has become more justifiable as memories have gotten worse [he does not explain why, but when certain kinds of knowledge are more easily accessible, people memorize them less; in Rosh’s time, when books were all in manuscript, people memorized more routinely than once printing began, and the price of books dropped dramatically. In our times, people memorize many fewer telephone numbers, since phones themselves now store the information].

Forgetfulness and the Permissibility of Writing

R. Klein knows someone can have a valuable idea on Chol Ha-Mo’ed and forget it by the end of the holiday. To his mind, the possibility pushes to allow such writing [it becomes sort of a davar ha-aved, a matter which will be lost unless addressed on the holiday]. He is helped by Shulchan Aruch Orach Chayyim 545;9, which explicitly permits writing down an idea or copying a book which will not be available after the holiday.

Mishnah Berurah allows putting oneself into the position to need to write information, such as by attending a speech where the Jew knows s/he will need/want to write down what s/he hears. Mishnah Berurah also conflates what we hear from others and what we think of ourselves; the likelihood of forgetting either kind of idea means we may write it down.

He then adds a remarkable perspective of the obligation of Torah study, which expands the permission to write on Chol Ha-Mo’ed further. To Mishnah Berurah’s mind, Jews are obligated to study Torah and discover as many novel insights as possible. Waiting to write down this particular idea until after the holiday will steal time from the post-holiday novellae s/he might have written [Mishnah Berurah does not think the time saved by not writing on Chol Ha-Mo’ed would replace the post-holiday time, for reasons he does not explain. Let’s get back to R. Klein].

Chatam Sofer twice ends responsa (1; Orach Chayyim 184, from Chol Ha-Mo’ed Sukkot 5558 (1797), about an etrog hung as decoration, and Even Ha-‘Ezer 86, regarding a chalitzah where people later claimed the brother was underage) with the note he had written them on Chol Ha-Mo’ed to be able to remember his thought process. As opposed to the questioner’s inference from Rosh, R. Klein has the practical example of Chatam Sofer’s willingness to write on Chol Ha-Mo’ed where he needed to remember his ideas.

R. Klein says he is a student of students of Chatam Sofer’s, and his teachers all wrote Torah ideas on Chol Ha-Mo’ed. He therefore sees no reason not to, especially in a generation lacking in Torah, when memory has declined [he does not mention it here, but R. Klein was a Holocaust survivor, which to me gives extra meaning to his calling his era a dor yatom, an orphaned generation].

His last line also strikes me as well-placed. He says he wishes he fulfilled the desideratum of sanctifying oneself by refraining from all that’s permissible in its best sense. The fact of being permissible is not good enough reason to decide to act in a certain way, he is conceding, so one might argue against writing on Chol Ha-Mo’ed even if it’s technically allowed. As he continues to feel comfortable with such writing, it’s because he thinks there are other and better ways to stay away from what’s technically allowed.

Writing Torah ideas on Chol Ha-Mo’ed has too much going for it for him to stay away.